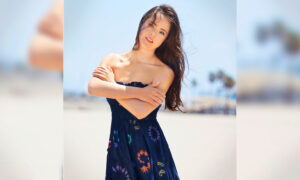 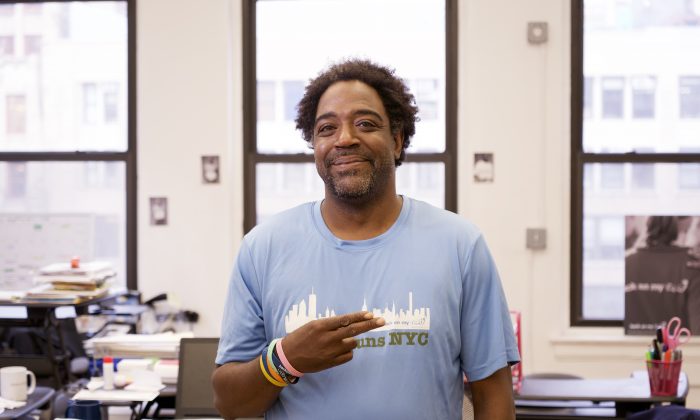 Soulieo Kirby at the Back on My Feet office in New York on Sept. 28, 2018. (Shenghua Sung/The Epoch Times)
People

Marathon Running Got Homeless Man Back on His Feet

"It's like nothing is unreachable."
By Andrew Thomas
biggersmaller
Print

NEW YORK—For Soulieo Kirby, running has shown him how far he can go in life.

In the run-up to last weekend’s New York City Marathon, the formerly homeless 45-year-old was equally excited about competing in his fifth marathon and about his future.

“There is nothing that I feel I can’t do now,” Kirby told The Epoch Times.

Before Kirby started running with a group called Back on My Feet, he was struggling to survive and, though he knew he should be doing more with his life, he didn’t know how. Running showed him how to turn things around.

“With preparation and training, you can accomplish anything. That’s the main thing about running,” he said.

When he started running in 2014, he was completely unfit.

“I literally could not run two blocks,” Kirby said. “With Back on My Feet and training, I completed my first New York City Marathon in less than a year. It’s like, how many people do that?” Kirby said, getting goosebumps as he thought about his achievement.

As he built up strength and stamina, he also built up self-worth, realizing that he could do anything he wanted to, just by putting one foot in front of the other.

“One step at a time, you’re going to make it. You’ve just got to put in the work and have faith,” he said.

Kirby’s early years growing up in New Jersey were tumultuous, as he spent time in foster care or living with various family members. In 1996, at the age of 23, he was arrested and incarcerated for selling drugs. When he was released from prison in 2001, he had to fend for himself. He wanted to better himself, but how?

It was hard reconnecting with society. Kirby, who was living on the streets, enrolled himself in college.

“Someone told me that education was the best way out of poverty. I didn’t know if that was true or not, so I’m testing the theory,” Kirby said, with a chuckle. He’d obtained his GED while in prison and wanted to keep on learning.

“Academia is one of the places I feel that I can be me, in the sense that I love to learn. I love to engage with people, so in that environment, I felt good. I felt safe,” Kirby explained.

He began living in a homeless shelter, and was trying diligently to piece his life back together. One day, he was leaving the shelter to do his laundry when he was stopped by a good Samaritan.

The man immediately saw Kirby’s potential. He directed him to The Fortune Society, a nonprofit that assists formerly incarcerated persons with housing and re-entry into society. Now Kirby had a place to live, and could focus on his education.

It was at this transitional housing location that Kirby heard about Back on My Feet, a nonprofit that uses running as a tool to help the homeless strive toward their full potential.

“[They use] running to help you decide what you want to do, and gives you tools, to have a regimen we have to follow,” Kirby explained.

Mondays, Wednesdays, and Fridays involve runs starting at 5:45 a.m., with optional marathon training on the weekends. Over time, participants build relationships with each other and with the volunteers; they all learn from each other.

“Your teammates are your family. When I talk to other people about my team members, I say my brother or my sister in running,” Kirby said.

Two of his running brothers recently vouched for him, to help him get a job at the White Lodging Hilton Hotel.

Kirby had a mentor named Jeffery Ford, who deeply inspired him.

“He was the captain of the [running] team when I started. He was the perfect example of a person walking the walk and talking the talk, running the miles, living it,” Kirby said.

When Ford was leaving the Fortune Society, he told Kirby he wanted him to be the new captain of the running team. Part of being the captain meant setting an example for the rest of the group, which is a large responsibility. When Ford later passed away, Kirby placed his first marathon medal in the casket.

“For him to see that it was possible for me to do this [be captain] is awesome. One of the things I do is I quietly thank him every now and then.

‘Thank you for seeing in me something that I didn’t really see in myself. I appreciate it,'” Kirby said. “For all of my accomplishments, I definitely give Jeff thanks.”

As a result of his experiences, Kirby is currently pursuing a bachelor’s degree in public affairs, and will finish next semester. He has had his own apartment in the Bronx for two years, and also plans on opening his own nonprofit someday. For the four-time marathon runner, anything is possible.

“It’s like nothing is unreachable. I completed a New York City Marathon. That’s less than 1 percent of the population,” he said with pride.