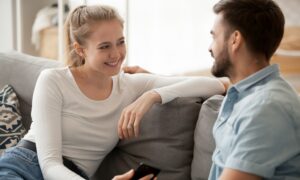 The Power of Words
0 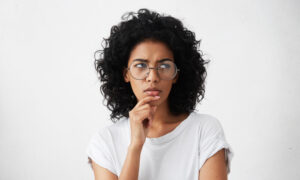 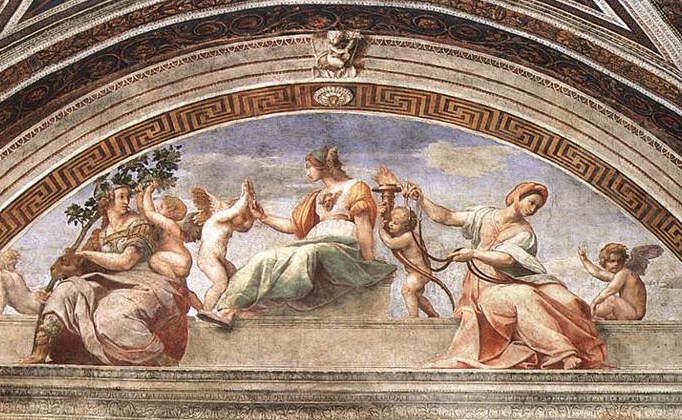 Like some of my readers, I live alone, caretaker for my daughter’s house, which will soon go on the market. During this time of enforced solitude compliments of the CCP virus, I have spent a little time each day watching videos of Roger Scruton on YouTube.

Scruton, a conservative and philosopher who died this year, always had interesting things to say, but right now, in the midst of our double pandemic of virus and fear, I watch him because he brings me comfort. For the most part, he speaks in a soft and soothing voice, his accent that of an English gentleman, as he discusses matters ranging from the meaning of conservatism to the power of beauty.

In Scruton’s discussion with Hamza Yusuf, a prominent American Islamic scholar, the two men at one point mull over the cultural changes they’ve seen in their lifetimes. Yusuf brings up a conversation with his “extremely liberal” mother, who was born in 1921. When he asked what was the worst thing that had happened over the course of her lifetime, his mother replied: “Manners. The loss of manners.”

Though we usually think of manners as handling a fork properly or holding the supermarket door open for an elderly person, Scruton and Yusuf quickly broaden the definition to include courtesy, comportment, and decorum.

Like these two men, I am old, and that we have seen the erosion of formal etiquette and decorum over my lifetime seems to me beyond debate. Some of our public figures, for example, especially celebrities like movie stars and athletes, use language once confined to locker rooms and military barracks. On social media, people rage at one another, hurling vicious insults at strangers with whom they disagree. Obscenities and bad manners are the norm today on the big screen and television.

And What About Us?

Crudeness and vulgarity are no strangers even in ordinary life. Since the CCP (Chinese Communist Party) virus, commonly known as novel coronavirus. closed the schools here in Virginia, a bunch of kids shoot up and down the streets of this quiet neighborhood riding ATVs, dirt bikes, and electric bicycles. Normally, I enjoy this lively, noisy parade, but a few days ago, a solitary older teen was roaring along when his machine broke down. He stepped from the ATV and launched into a tirade of blasphemies, screaming them out at the top of his lungs. A day or two later, when I stopped by the coffee shop for a take-out cup—the seating area is closed, one more victim of the virus—a young, attractive woman was wearing a sweatshirt imprinted with a crude obscenity, seemingly oblivious to the fact that there were children present.

Other practices once common are now passé. Some no longer write thank you notes to those who have given them gifts or favors. “Please” has gone missing in the vocabularies of many people, and rather than receiving a “you’re welcome,” a “thank you” is often met with “no worries” or “no problem,” which I find particularly irritating when delivered by a store clerk. Dozens of colleges have found it necessary to post online directions for students laying out expected classroom etiquette, and table manners among college students have reached so low a point that some universities offer instruction to prepare their graduates for the corporate world.

Every day I encounter people who do practice their manners. The employees who work in the little country store near my house and who many would regard as “unsophisticated” always greet me with a smile, a hello, and a “How are you today?” If they haven’t seen me in a while, they inquire after my health. At the public library, closed now because of the quarantine, the staff is always friendly and helpful. I have eaten in restaurants where the manners of parents and children were impeccable. I have on occasion received a thank you note for a gift given or a service rendered.

The Downfall of Decorum

As noted above, however, our decorum, which my online dictionary defines as “behavior in keeping with good taste and propriety,” has slipped, some might say plummeted. If we look back 60 or 70 years, we find presidents and members of Congress treating one another with respect, at least in public, movie stars and celebrities who would have gotten canned had they used the language of their 21st-century counterparts, and common citizens who took pride in their appearance and behaved like grownups.

So what brought about this demise in decorum? We have progressed in so many other ways, inventing miraculous means of communication, ending racism, and practicing tolerance toward those with beliefs different than our own. Why are propriety and courtesy in such short supply in the 21st century?

In the discussion between Scruton and Yusuf, the two men make the important distinction between virtues and values. Virtues exist outside the realm of the individual as broad governing principles based on morality, goodness, and what C.S. Lewis called in “The Abolition of Man” “the traditional moralities of East and West.” The world’s great religions and many of its civilizations have all adhered to these core virtues, what some would call natural law.

On the other hand, when I again consult my online dictionary, it defines values as “a person’s principles or standards of behavior; one’s judgment of what is important in life.” This substitution of values for virtues, a relatively new concept, means that we each make our own rules for right and wrong behavior. We carve our commandments not in stone, not as universal laws given to us by nature or a god, but by the willfulness and desires of our own hearts. Unlike virtue, “One man’s meat is another man’s poison” is the rule by which values abide.

This subjectivity, this relativity we now practice, has immense consequences for virtue, decorum, and manners. The Ten Commandments Moses brought from the mountaintop, edicts regarded as true by so many cultures outside of Israel, are no longer in force, at least not in Western civilization.

One commandment, for example, instructs us not to worship false gods, yet many of us, even many people of faith, make deities of wealth, entertainment, sports, politics, and work. To not kill doesn’t apply when it comes to innocent civilians killed in a war or by abortion and euthanasia. To not covet a neighbor’s goods is dead and gone in a society in which the man with a speedboat lusts after the yacht owned by his neighbor.

Consequences and a Corrective

When we adopt as our guiding lights values rather than virtues, we become little gods, deciding for ourselves what constitutes right and wrong. Some, for example, applaud the near-nudity and lewd performance at a Super Bowl halftime show; others find it disgusting. Some tell us that each person has a right to choose a gender, or several genders; others stand with tradition and science, and proclaim that people are either male or female depending on their chromosomes.

Most of us know and admire people who practice manners and exhibit decorum, and we would do well to imitate them. Even better, we would do well to put the idea of values into a closet, lock the door, and seek instead to devote ourselves to those virtues that, however hidden, remain written on the human heart.

The practice of virtue will make us creatures of comportment and manners.