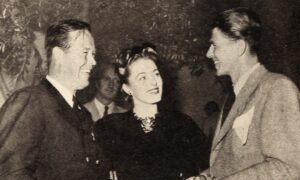 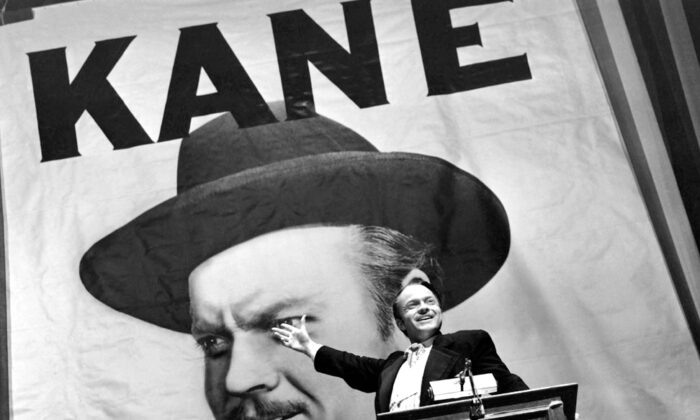 ‘Mank’: The Story Behind the Story of ‘Citizen Kane’

“Rosebud.” What picture does that word bring to your mind? You may be thinking about a gift on Valentine’s Day, but this particular blossom gained a new meaning 80 years ago. “Citizen Kane,” Orson Welles’s 1941 masterpiece, begins with the titular character gasping “Rosebud” before dying. The rest of the film is a series of flashbacks from different people’s perspectives, chronicling a reporter’s quest to uncover the secret of Kane’s dying words.

The American Film Institute lists “Citizen Kane” as No. 1 on its “100 Years…100 Movies” list, but many people haven’t watched this classic. Last year, Netflix Inc. revived the dramatic story of a newspaperman who gains the whole world and then loses it in his quest for public adoration.

On Nov. 13, 2020, “Mank” was released. “Mank” isn’t a remake of “Citizen Kane”; it is a story about that film’s inspiration and making, focusing on the experiences of the title character, Herman J. Mankiewicz, co-writer of the “Citizen Kane” screenplay.

“Citizen Kane” is about reporter Jerry Thompson’s (William Alland) attempts to learn the true story behind Charles Foster Kane’s life and dying words, while “Mank” is about the supposedly real-life incidents and people who inspired Mankiewicz’s writing of “Citizen Kane.”

This article, in turn, is about an even deeper Hollywood backstory, which was not addressed in either film but played an influential role in both finished products. Let’s call it the story behind the story.

The most remarkable thing about “Mank” is its black-and-white filmography. Director David Fincher’s insistence on this historic homage delayed the project by 20 years—but if it wins Best Picture at the Academy Awards, it would be only the second black-and-white film to do so since “The Apartment” won in 1960.

However, there is one major reason why no one would confuse “Mank” with a 1940s film, and it’s more noticeable than the lack of an on-screen “The End.” No 1940s movie would contain the profanity, vulgarity, and political agenda that “Mank” features.

Many Hollywood historians and fans think that filmmakers “worked” the code system by sneaking in forbidden content; however, most movies from the code’s heyday (1934–1954) are cleaner than today’s “G”-rated movies, due to intelligent collaboration.

What critics of Old Hollywood’s self-regulatory system don’t acknowledge is how modern filmmakers manipulate the CARA. Both “Star Wars” (1977) and “Annie” (1982) added profanity to ensure that they got “PG,” rather than “G,” ratings. A “G” rating would have branded them as “kids’ movies,” hurting their box office returns.

I suspect that “Mank” is the same case. Aside from five highly unnecessary uses of a certain profanity, which ensures an “R” rating when used twice, this film didn’t earn its restricted classification. There are no bedroom scenes, and no nudity or violence. The only objections, apart from swearing, are some suggestive and vulgar lines, violent sickness on screen, and a bizarrely underdressed secretary.

The occasional profane outbursts seem forced, as though included to ensure the desired rating. A “PG-13” rating is associated with immature films, so an “R” rating is more desirable! Thus, a film that should have been rated “PG-13,” purposely garnered an “R” rating to attract adults.

The Power Behind the Screen: Orson Welles and Joseph Breen

“Mank” is a story about the powerful characters who ruled studio-era Hollywood, all of whom are based on real people. The ranks include big shots like William Randolph Hearst, Louis B. Mayer, Irving Thalberg, and Orson Welles. There’s one glaring omission from this Hollywood “who’s who” list, however. Joseph I. Breen, head of the PCA, enforcer of the poorly labeled “Hays Code,” and little-known Hollywood insider, isn’t even mentioned.

The characters neither comment on nor complain about Breen’s office. Whether they considered them helpful self-regulators or pesky censors, screenwriters like Mank were very aware of the film industry’s moral guardians. Breen himself, a former newspaper reporter, would have called this “the story behind the story.”

Surprisingly, little information is available about the PCA’s role in the production of “Citizen Kane.” The Margaret Herrick Library’s collection of PCA files, which contains invaluable information about the Production Code’s enforcement, includes no file for “the greatest film ever made.” The only known request from the PCA changed the setting of Kane’s newspaper anniversary party, which would have taken place in a brothel. The scene, which Welles supposedly included as a distraction from controversial plot points, was easily relocated to the Inquirer newsroom. Apart from that, we can only guess about Joseph Breen’s opinion of this controversial film.

However, his opinion about the film’s 25-year-old producer is less elusive. “Citizen Kane” premiered in New York on May 1, 1941. On May 15, Breen officially left the PCA to become head of production for RKO Radio Pictures Inc. (RKO), the studio courting controversy with the film’s obvious depiction of newspaper magnate Hearst. According to contemporary articles, Breen was one of Welles’s biggest supporters at RKO. A New York Times article from July 1941 stated: “All conflict between Welles and the studio has been ironed out by Joseph L [sic] Breen, new head of production,” allowing Welles to begin his next project, “The Magnificent Ambersons.”

Breen was enthusiastic about the latter film, writing to Welles on Dec. 2, 1941: “Hastened to thank you, to congratulate you, and to tell you that I have not been so impressed for years … The material we saw was really excellent and although you know me to be a chronic kicker, in this instance I have naught but praise—from my heart. God love you.”

According to Wellesnet (the Orson Welles Web Resource), Breen’s vacation in March 1942 and eventual return to the PCA in May left Welles with few allies at RKO. Close friendships with filmmakers were not uncommon for Breen; he probably respected Welles’s desire to make artistic films rather than cheap, sensationalist ones.

Like most Hollywood biopics, “Mank” rearranges, changes, and ignores facts to form the story it wants to tell. Earlier events in Mankiewicz’s life are carefully angled to show that his disgust with Hearst’s manipulation of public opinion inspired his writing of “Citizen Kane.” The whole plot hinges on Mankiewicz’s outrage at how Hearst, aided by Metro-Goldwyn-Mayer Studios Inc. executives, rigged the 1934 California gubernatorial election.

As Breen would have responded to this distortion, this is “very interesting, but not true,” as he’s quoted in Jack Vizzard’s book, “See No Evil: Life Inside a Hollywood Censor.” Mankiewicz’s opinions about this election are actually unknown, and Hearst did not fund the fake newsreels that figure prominently in this story. While the PCA never demanded historical accuracy, it would have resented this deliberate fabrication to promote Netflix’s liberal agenda.

Although it frequently sacrifices facts for plot development, “Mank” deserves credit for its efforts to capture a bygone era. The cinematography, soundtrack, and costuming include many difficult-to-achieve touches of authenticity because Fincher was motivated to lovingly re-create the era of “Citizen Kane.”

In fact, the director re-created more than just its era. The mood, visual effects, and even the plot of “Mank” echo “Citizen Kane.” However, “Mank” doesn’t reproduce the iconic magic of its predecessor—which remains beloved after 80 years—even though compelling story material, effective actors, and creative effort from its production team are certainly not lacking. Instead, it misses the mark regarding the wholesome values that set Hollywood’s Golden Age apart from all other eras of filmmaking. “Mank” could have been thoroughly vintage if it heeded period-correct decency standards.

The film’s producers can’t claim the excuse of ignorance, either. Its official trailer opens with the declaration, “THIS PREVIEW APPROVED BY THE ADVERTISING ADMINISTRATION OF THE MOTION PICTURE ASSOCIATION, CERTIFICATE NO. 52693,” revealing knowledge of Breen’s office protocols. However, the actual film features no such nod to the PCA; there is no MPPDA logo in the opening credits or in the content that follows.

How might “Mank” have been different if it had conformed to the Motion Picture Production Code? Imagine the film without any swearing, vulgarity, suggestive dialogue, revealing costumes, or heavy-handed political messages. Would it have lacked anything?

“Citizen Kane” complied with PCA standards, and it is called the greatest film of all time. As a PCA-approved film, “Mank” could have found a positive moral in Mankiewicz’s jumbled life, instead of fabricating a socialist message. Watching this Netflix original will undoubtedly make you want to watch “Citizen Kane,” for the first—or fiftieth—time! If “Mank,” with its six Golden Globe and ten Academy Award nominations, informs people about “Citizen Kane” and motivates them to watch it, I think it will have served a useful purpose.