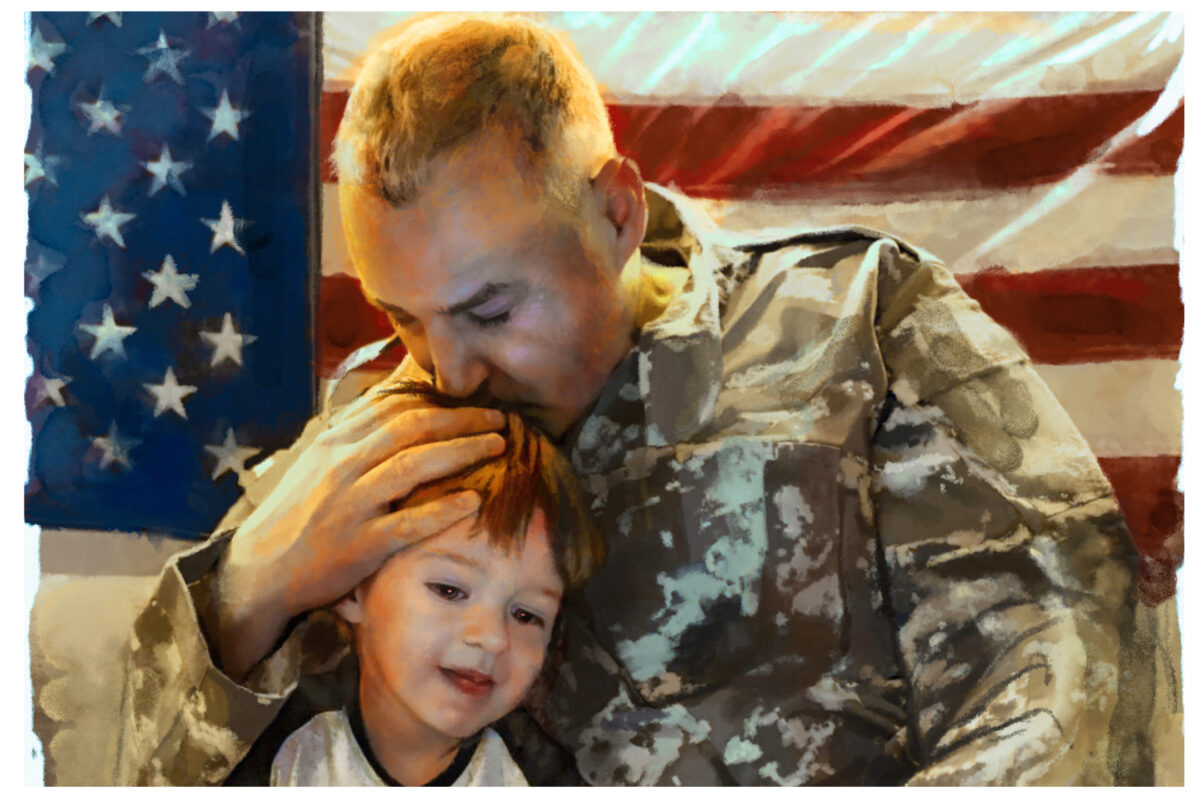 Just a few generations ago, men such as Theodore Roosevelt promoted a code of manliness that included virtues such as honor, courage, resolution, and self-reliance. (Biba Kayewich)
Family & Education

During the Ketanji Brown Jackson confirmation hearings for the Supreme Court, Sen. Marsha Blackburn (R-Tenn.) asked the nominee whether she could define the word “woman.” Jackson replied in the negative, adding, “I am not a biologist.”

Given the postmodernist debates and confusion over gender and sex in our culture, we can safely guess Blackburn’s question might have left even biologists scratching their heads.

In his recent film “What Is a Woman?” Matt Walsh poses this question and encounters many educated women and men who hesitate or refuse to define a woman, who believe that human beings endowed with a Y chromosome and male reproductive organs can nonetheless claim to be, and are, women.

This inability by some people to define a woman gives rise to certain dilemmas. How, for instance, do we speak of women’s rights or women’s sports if we can’t define a woman in the first place?

Which raises a related question: What is a man?

My online Merriam-Webster dictionary defines a man as “an adult male human being.” Another part of this biological picture is, of course, chromosomes. Nearly all males have XY chromosomes while nearly all females have the double X.

In other words, those of the opposite sex claiming to be male or female wipe away chromosomes and any other visible features of their birth gender. The 20-year-old male who identifies as female is, in fact, female.

In light of this muddled state of affairs, maybe we should ask a different question.

Rather than seeking to answer “What is a man?” let’s substitute this inquiry: “What is manhood? What does it mean to be a man?”

Sure, manhood is an old-fashioned term, but it offers a better chance for an answer. Jackson, for example, might have delivered a reply to Blackburn had the latter asked, “What is the meaning of womanhood?”

After all, 50 years of modern feminism have sketched out some broad guidelines for womanhood. Women these days can become whatever their desires and talents allow: a cutthroat tycoon clawing her way up the corporate ladder, a Marine Corps pilot, a banker, a stay-at-home mom devoted to her family. For decades, our culture has rained praise and encouragement on its daughters, constantly reminding them that they can become whatever they wish and decking them out in “Girl Power” T-shirts. We raise adolescent females with intention and with goals, cheering them on to be strong, self-assured, and confident of their womanhood.

As for instilling the virtues of manhood in boys and young men … that’s a different story.

In his essay “The Crisis of Manliness,” Walter Newell writes, “As a culture, we have never been more conflicted about what we mean by manhood.” He addresses problems ranging from absentee fathers and the lack of role models for boys and young men, to the attempts at social engineering, especially in our schools, to eradicate male traits and values, to make young men more like their female classmates. “We should stop trying,” Newell says, “to reengineer the human soul to prevent boys from being boyish, while encouraging all forms of self-expression in girls.”

Near the end of his article, Newell importantly notes that “boys and young men today need re-introducing to [the] tradition of manly civility.”

Newell sounded this warning nearly 25 years ago. Statistics and anecdotal evidence testify that few have heeded his words. Google “young men failing manhood,” and you’ll find boys and, in many cases, males who are considered adults, flailing away, failing themselves and others, in large part because they lack any real idea of what it means to be a man.

In 2008, Brett and Kate McKay founded “The Art of Manliness” website, which frequently features articles by writers from bygone eras, as well as helpful tips for men on nearly every imaginable subject. The site’s popularity attests to the need even by adult men for guidance in their quest to become better men.

In their book “Manvotionals,” the McKays begin the first chapter with this observation: “Mention the word manliness these days and you’ll probably be greeted with snorts and giggles. … Whatever image they have in mind when you mention ‘manliness,’ it isn’t usually positive, and it probably has nothing to do with virtue.”

But as the McKays demonstrate, an ideal of manliness, of what it means to be a man, runs through Western culture from the time of the ancient Greeks down to the middle of the 20th century.

Just a few generations ago, for example, men such as Theodore Roosevelt, Rudyard Kipling, and other writers, politicians, and commentators promoted a code of manliness that included virtues such as honor, courage, resolution, and self-reliance. Men who treated women with respect, kept their word, worked hard to provide for their loved ones, and fought the good fight, whatever that might entail, were esteemed by their peers and often revered and emulated by their sons.

Today, we not only sneer at manliness, but have turned its meaning inside out, associating it with aggressiveness, crudity, and misogyny—a relic of patriarchy from a bygone age.

These assaults on manhood, and now on the meaning of “woman,” are triggered by postmodernist Marxism and its handmaiden, the deconstruction of language. Words and definitions matter, and when they’re altered or destroyed, so are the concepts they embody. Today, for example, institutions like marriage and the family are much diminished in meaning and purpose, in part because manliness has gone missing in action.

If the old ideals of manliness to which so many men once aspired have been knocked from their pedestals and broken to pieces, what, we should ask, has taken their place? Absent the old verities, what does it mean today to be a good man? Our gender-neutral culture retains some of the old standards—respect for others, for example—but the ongoing deletion of male–female attributes and the erasure of virtues and strengths traditionally associated with men and women have left both sexes confused and feeling displaced.

I would wager that a good number of young men can’t answer such questions. Why? Because no one has taught them these things.

To help our sons become good men, we should aim, as we do with our daughters, to play to their strengths. We should allow our 8-year-old boy to wave a sword at imaginary dragons and bad guys after he watches a movie about King Arthur. We should encourage our teens to read historical adventures, to explore Tolkien’s Middle-earth, and to commit to memory some lines and words on manhood from the great poets.

Even more, parents, both moms and dads, and mentors like coaches and teachers should be aware that boys and young men are watching and taking lessons from them, and act accordingly.

These and so many other resources and experiences give young males a stout foundation for facing the storms of temptation and disaster. By word and by example, we can teach them the duties and pleasures, and the joys and sorrows of what it means to be a man.