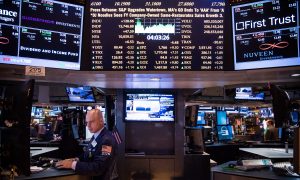 Managing Retirement Healthcare Costs: What You Can Do Now

Christine Benz: Hi, I’m Christine Benz for Morningstar.com. healthcare costs are among the biggest expenses in many retiree households. Joining me to discuss how to plan for them is John Sweeney. He is executive vice president for retirement and investing strategies for Fidelity Investments.

John, thank you so much for being here.

John Sweeney: Christine, thanks for having me.

Benz: Fidelity, every summer, comes out with an estimate of what the typical couple will expect to spend in retirement. Let’s talk about the most recent run of the data. What were the findings of the most recent study?

Sweeney: We found that couples should estimate spending about $220,000 in retirement for their healthcare expenses. That may seem like a really large number, but let me try to put that in context.

We do [the study] actually on the basis of a couple. And the reason we do that is one half of a couple may have a significantly larger healthcare need than each individual. But when we surveyed folks and we said, “How much do you think you’re going to spend?” They came up with numbers of about $50,000, and there are two places where they fell short. They underestimated their own longevity. So, when you get to age 65, you’re probably living into your mid-80s. And in fact, one half of a couple may live into their early 90s. So, they failed to estimate how long they might need to live.

The second thing was that they misunderstood, A, the rate of inflation of healthcare costs, which is growing much faster than the economy overall. And B, what costs they might have to incur at some point in the future, because often those are expenses that we can’t see today because we don’t have the medical conditions today.

Benz: One thing I noticed, though, is that even though, as you say, healthcare inflation has historically run higher than the general inflation rate, it does appear to be slowing at least when you revisited the study from the year prior?

Sweeney: You’re right. The number in terms of its aggregate number, $220,000, didn’t change from the prior year. We’ve seen it move up or down over the past couple of years, and there are a couple of factors that go into play. A is the healthcare costs that are occurring in the economy today; B, any changes in longevity, and we have seen some increases in longevity; but C, it’s also changes in how much people will have to pay under Medicare. So, you see higher-income earners having to pay a larger portion of their own healthcare expenses in retirement. So, those are all factors that are going to drive the calculation and the estimate of how much people are going to have to pay in retirement for their health care.

Benz: So, I think it’s important to note one big chunk of costs that the study does not consider, and that’s long-term care. Let’s talk about how long-term care could, for some people, really bump that number up significantly.

Sweeney: Long-term care is a very difficult number to estimate, and there are a couple of reasons why. Many people are going to need some kind of long-term care at some point in their life. It may be a short stay in a postoperative-care facility for six weeks; it may be some situation where you’ve got cognitive dementia and you’re not able to care for yourself on your own and you need 24-hour supervision. So, those two situations can obviously be markedly different in terms of their costs and their longevity.

And what most people we’ve surveyed prefer is to stay in their home. Now, if you think about the home, it’s actually a really great hedge against longevity. If you own your home in retirement, you don’t have to pay the cost of that rent. But the trade-off that you make is that if you need care brought into your home, that care provider can only provide care for a single individual. It’s not like a nurse who can walk down a hall and care for a dozen patients in a facility. So, you’re making the trade-off between your own home, where you’re paying your rent or you own your property, versus that single care or a care facility, where the care is more scalable. But obviously, you have to pay for the cost to the real estate as well.

Benz: So, long-term care costs can obviously be catastrophically high for certain individuals. What sorts of things should I think about as I’m attempting to figure out what my answer is regarding long-term care?

Sweeney: One of things we often see families talk about is who is going to provide the care. So, adult children often say, “I’d like to care for Mom and Dad. Mom and Dad cared for me when I was young, and I feel that that’s the right thing to do.”

What we find is that, actually, elderly people don’t expect their children are going to have to provide that care for them. Elderly people want to be independent, and they don’t want to be burdens on their adult children. They recognize that their adult children have their own children to care for and have their own careers and their own retirements to plan for. And they don’t want to add to those troubles. So, having a conversation within the family about how care might be paid for or provided is a critically important part of a family’s financial conversation.

Benz: And long-term care insurance for certain individuals might be the right answer as well, I would think.

Sweeney: Absolutely. It is something that we would recommend for most of Middle America. So, if you think about the lower-income folks, they will be covered by Medicaid. For higher-net-worth folks with several million dollars, you can self-insure. But Middle American really has to think about, “Do I want to box this cost and really box that tail risk–that very long-term need, which is very expensive–and look at long-term care as one of solutions that can mitigate the cash flow needs in retirement?”

MORE: How Much to Save, What to Invest in for Retirement

Benz: One of the things that I thought was interesting about your research is that you found that the level of healthcare need is going to be a big determinant of how much of your working income you will need when you’re actually retired. The problem is how do you go about estimating what your own healthcare costs might be?

So, it’s hard to estimate whether I am going have to have a co-pay that I have to pay for each month or whether it is going to be something more significant that’s going to really affect my lifestyle. We find that there are somewhat inverse relationships where when people are healthier they have more leisure pursuits and they spend more of their retirement money on leisure pursuits. When it becomes a healthcare issue, all of a sudden it becomes a mandatory expense, and it’s no longer discretionary. It becomes as important as food and shelter.

Benz: So, I guess the idea is to plan high–either I’m active and not spending on healthcare needs or maybe I have a lot of healthcare costs. Either way, maybe overestimate what I might spend.

Sweeney: You have to think about that as a significant portion of your expenses in retirement.

Benz: Let’s think about this: I’d like to see if you can give some practical tips for pre-retirees who are attempting to build in some framework to protect themselves against big healthcare costs. What are some of the key things that they should be thinking about?

Sweeney: One thing that we see emerging among corporate employers is a high-deductible health plan coupled with a health savings account, or an HSA. Think about that as a retirement account for your healthcare costs. And the benefit of the health savings account is that it’s triple-tax-deferred. Your contributions going in are tax-free, it grows tax-free, and the withdrawals–if they are used for qualified medical expenses–are also tax-free.

So, the benefit of that is if you can consciously put money aside for future healthcare costs and not draw down on them in the current year, then it can continue to grow and compound and be a significant nest egg when you need some significant procedure in the future.

For folks who use it essentially as a checking account to cover the cost of co-pays or medical prescriptions in the current year, they won’t have the benefit of that compounding. So, it requires some cash flow discipline and some budgeting discipline to set a separate pool of money aside for healthcare expenses that’s in addition to the retirement savings that they’re already putting aside.

Benz: And that HSA can be used for any number of healthcare-related expenses in retirement, correct?

Sweeney: For qualified medical expenses, right. The co-pays that you might have under Medicare, the doctor’s visits, prescriptions–[you can use an HSA to cover] things like that, certainly. There are some elective procedures that may not be covered under certain insurance plans that might be beneficial for your health–think of knee operations, as an example. That might be one that is important [to help] you to get out and remain active but may not be covered under all insurance plans.

Benz: John, thank you so much for being here. This is such an important topic.

Sweeney: Thank you for having me, Christine.

Benz: Thanks for watching. I’m Christine Benz for Morningstar.com.

*Image of “investment planning” via Shutterstock