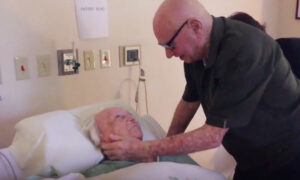 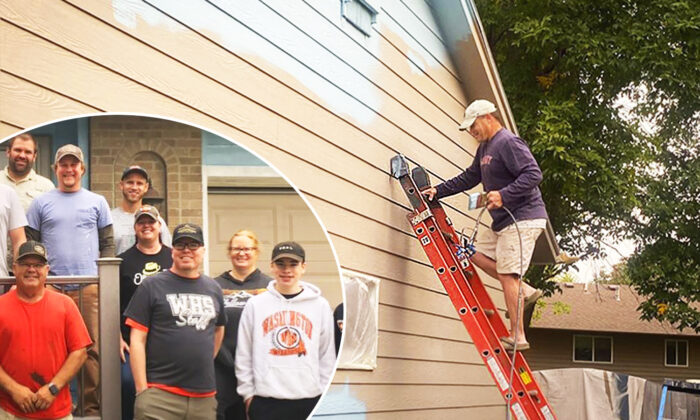 If you were given months to live, what would you want to do for your loved ones before your time on this earth was done?

For one man from Sioux Falls, South Dakota, it’s repainting the outside of his house for his wife; and with the help of his local community, his dying wish was granted.

Diagnosed with colon cancer last year, Washington High School science teacher Tim Gjoraas found out in July that he only had months left to live.

“I found out I was not going to win the fight,” Gjoraas told CNN.

He knew that the last months of his life offered precious time with his family. So, he packed up his classroom of 22 years and left behind a job he loved, wanting to make the most of the time he had left.

“I will probably not ever be teaching in a classroom at WHS again. As I am sure some of you are guessing it looks like I am going to lose my fight with cancer,” he wrote in a social media post. “For now, know that I am feeling good and planning many trips with my family to make as many memories as we can.”

Gjoraas said that since his terminal diagnosis, the community has rallied around him and his family, organizing fundraisers and helping out any way they can.

But when Gjoraas mentioned to a friend that he wished he could repaint the outside of his house, he never expected the sheer outpouring of love that would soon follow.

“I just asked him if next summer, which I probably won’t be here for, if he can paint it for my wife,” Gjoraas said.

After hearing about Gjoraas’s wish, retired teacher Doug Rinken organized a group of people to help paint the house.

When Gjoraas saw the group of people outside his home, he was stunned.

“He told me he got quite a bit of help, but I didn’t know it was going to represent my whole career, people from all my years at Washington High,” Gjoraas told Argus Leader.

The helpers painted the outside of the house in just five hours. Afterward, they stayed and socialized, cracking open some beers and recounting old stories.

Gjoraas says the whole experience is even more meaningful because of the people involved.

“I kind of got torn out of the classroom this year and I miss it,” he shared. “It feels really good to get back together with my coworkers. They’re doing something really special for my family, but I also get to talk a little bit about Washington High with them and share old stories.”