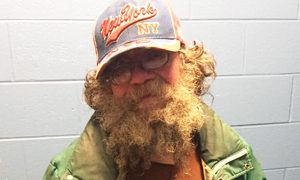 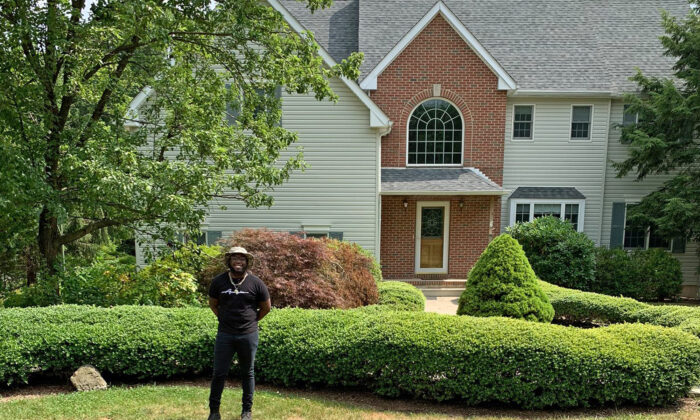 A 24-year-old man from New Jersey had hit rock bottom about four years ago and had less than a dollar in his bank account. However, since then he has managed to flip his life around and is now an owner of a house.

In 2016, Chris Atoki was faced with a lot of ordeals: he was fired from his job, his mother had kicked him out of the house after a quarrel, and he was sleeping in a rickety old car, with nowhere to go.

“I literally lost everything,” he said in an interview on This Week in Startups.

However, even before all these hardships, Atoki’s life as a student wasn’t really smooth, but at least he was studying at a community college full-time and had a full-time job at a warehouse to pay for rent and tuition.

Then one day, his manager at the warehouse that he was working at told him that his working hours would be reduced because the workplace was cutting a few people’s work hours, and he was one of them who was chosen as he attended school. Initially, this option made Atoki really happy.

“I could still pay mom rent and I would be able to sleep in so yay right?” he shared. However, just two weeks later, he was laid off because he “didn’t work enough hours.”

With no income, he had to quit school even though he would have completed his associate degree in engineering in three months’ time, according to This Week’s Startup.

Then in November, he fell out with his mother and was thrown out of the house. He first tried staying at his grandmother’s place, then his girlfriend’s dorm, but unfortunately none of those options really worked out.

His savings dwindled, until one day in December, he reached the breaking point. “Freezing cold. Less than a dollar in my account. I think it was like $0.83 or something. No family. No friends. No money. Hungry,” Atoki described in his tweet.

Sitting in his car outside a Walmart, Atoki said in the interview: “I felt just like giving up, literally just killing myself. … do I just give up and kill myself or do I lift myself up.”

Suddenly, “it was almost like a fire lit in me,” as he looked in the rearview mirror of his $1,000 95 ford thunderbird car. He then realized that the only person he could count on in his life was himself.

Upon realizing this, he said he felt like a totally different person.

Perhaps it was also the advice from his mother that triggered his epiphany. “One thing that my mom always said, more times than anything she’s ever said, is you’re the master of your own destiny,” recalled Atoki, according to WPVI. He took this to his heart and internalized it.

In the next few days that followed, Atoki went to the library and applied for all jobs in a 50-mile radius.

“I went on Indeed, Zip Recruiter, Monster, any job that was hiring I was pressing apply,” Chris said.

He did whatever jobs he managed to secure. From putting pickles in a box to being a factory worker, meatpacker, a wedding DJ assistant, insurance agent, and his first sales job in multi-level marketing. But being in sales opened his eyes.

“I always tell people one of the first thing you want to do, before you do anything trying to improve yourself, is learn how to sell yourself,” he said.

He tried other sales jobs after that and finally landed a $30,000-per-year job at a Mattress Firm selling mattresses. He then applied the same discipline and persistence to find an apartment and finally found one for $550 a month.

Going Back to School

Atoki was initially happy with his job and earning more than minimum wage, but after working for some time, he decided he did not want to remain in sales for the rest of his career.

“I had to drop out of college, unfortunately, but I still wanted to get into tech,” he said, according to WPVI.

However, now that he had a full-time job, he could not attend school in person like he used to. In 2017, while searching for online schools, he saw an advertisement by Lambda School that “checked all the boxes.”

The six-month course was completely online and did not require payment upfront. It also stated that only after one landed a high-paying job (at least $50,000 per year) did they need to pay the course fees. However, as he went through the details, he found Lambda School did not offer part-time courses (back then); they were all full-time. Atoki was devastated.

But with a keen desire to continue studying, he wrote to the CEO of Lambda School, Austen Allred, himself.

“I never had the CEO talk to me about anything,” wrote Atoki in his tweet. “I didn’t even know who the CEO of Mattress Firm was (still don’t) but talking to him pushed me to do it.”

The conversation was brief, but that was the clincher for Atoki. He signed up for Lambda School’s six-month full-time course. The course was conducted online, but neither Atoki’s apartment nor his company had Wi-Fi; however, he still persisted with the help of a hotspot.

While he was studying, his son was born. Atoki saw this as “another reason to fight and push myself.”

After graduating from Lambda School, he became a teaching assistant.

“I wanted to help students achieve the same goals I did and get the same guidance that I wanted,” Atoki wrote. “I gave my all to each one of them and they know. All 100s of them.”

Switching to the Tech Industry

Atoki later applied to tech jobs with his trademark grit, this time using a 100-mile radius, and managed to secure his first tech job in Philadelphia.

He was hired as a junior developer at a tech company for $65,000, double of what he made at Mattress Firm. And this time, “I LOVED what I did,” he wrote.

“I kept grinding and kept learning and I moved on to another job where I was making more on top of that,” he further added. Fast-forward to 2020, and Atoki is now working as a front-end software engineer at Comcast and has saved up enough to buy his own home.

“My goal is to show people that no matter the circumstances you can overcome it,” Atoki wrote. “I’m a 24-year-old black man with tattoos and was homeless just 4 years ago. To now owning a $350k home on 1.24 acres. If I can do it. You definitely can.”