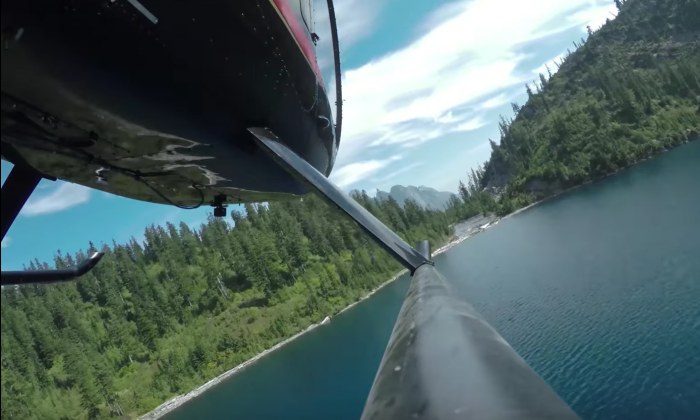 If the engines on an airplane fails, you’d think from its appearance that its wings can often glide it to safety. But for a helicopter, the rotors are so small relative to the mass of the whole aircraft, a broken engine looks like it would cause a sharp drop to the ground.

Destin Sandlin, of the SmarterEveryDay YouTube channel, knew something about helicopters, and set out to prove Tyson wrong.

When a helicopter’s engines fail, a technique known as “autorotation,” using the wind to propel the rotors, can be deployed to help the helicopter make a soft landing.

Sandlin found helicopter instructor Gerry Friesen to help him record a video of a helicopter landing safely with its engines stopped in mid-flight.

At the six minute mark in the video below, Friesen turns off the engine in mid-air and makes a successful landing.

The record for the autorotation landing from the highest altitude was by French pilot Jean Boulet in 1972. Boulet had flown up more than 40,000 feet in the air near the Himalayas when his engines flamed out, forcing him to descend.