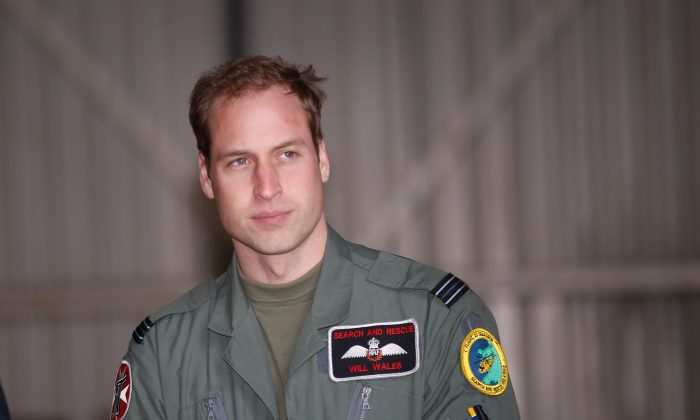 Prince William waits for his grandmother Queen Elizabeth II to arrive for an offical visit to RAF Valley where Prince William is stationed as a search and rescue helicopter pilot on April 1, 2011 in Holyhead, United Kingdom. (Christopher Furlong - WPA Pool/Getty Images)
HK Life

Man Surprised to Find Out He Was Rescued by Prince William

Tree surgeon Jim Schembri was working in the middle of the day when a branch broke off, hit him, and knocked him unconscious. The British Air Ambulance service had to be called in for the rescue.

Schembri regained consciousness as he was boarding the helicopter, and joked to himself that Prince William better not be flying this helicopter, according to ITV. It’s well known in Britain that the Duke of Cambridge is a helicopter pilot for the air ambulance.

“[Prince William] turned around and said ‘Oh, I’ve been holding your head for the last 30 minutes’ then it clicked,” Schembri said.

After flying Schembri to the hospital, Prince William even went to the trauma room to make sure Schembri, who suffered a dislocated shoulder and hip, was OK.

“He was comforting me the whole time and telling me exactly what he was doing. He had a very calm demeanor and there was no flapping,” Schembri told the Maldon Standard.

Prince William started flying helicopters for the air ambulance in 2014, according to ABC News, and reportedly flies 80 hours a month.

As a co-pilot, William usually stays in the cockpit as his colleague performs the medical tasks.