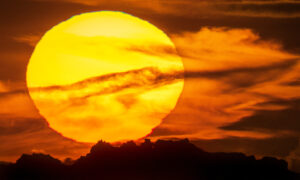 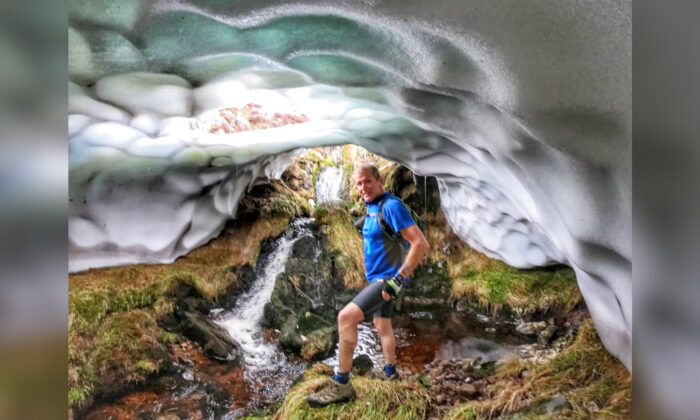 While parts of the United Kingdom were sizzled at the end of the mini-heatwave, one walker was stunned to stumble upon a bizarre snow tunnel in Northumberland, North East England.

Paul Carr, 62, was trekking up the 1,600-foot- (500-meter-) high Cheviot Hills on the border between England and Scotland with his friend on May 29, when he came across a large snowdrift.

A stream had caused the inside of the 5-foot-deep drift to hollow out, creating a natural igloo-type archway big enough to stand under.

“My friend and I were walking up the Cheviot Hills and following the stream which was trickling down from the top,” Paul said, recalling the moment. “As we reached the back of the summit we saw this large snowdrift.”

Paul, a printer from Whitley Bay, North Tyneside, said that although the day was really hot, there was one area where the sun didn’t reach so the snow was still really thick.

As Paul and his friend approached closer, they noticed that it was a tunnel on either side of the stream.

Paul, who clicked amazing pictures under the snow tunnel, said they believe that in the month of April, as it snowed really heavily, the snowdrift was eroded from the inside out by the stream thus creating an “incredible snow tunnel” that anyone could actually stand underneath.

“I was thinking I must be the only person in Britain walking in the snow during a heatwave but Northumberland weather is often surprising,” Paul said.