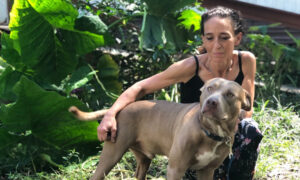 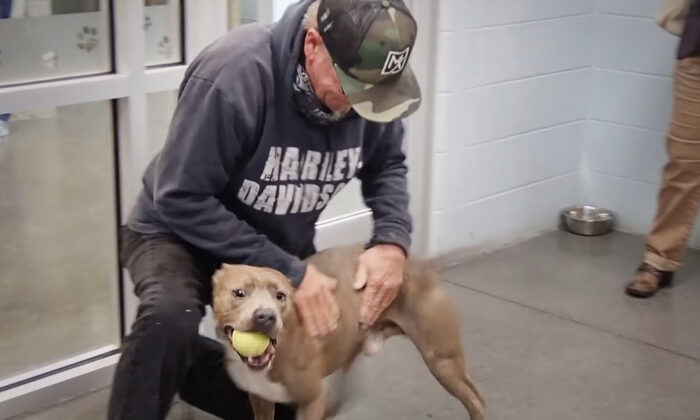 When Pat’s dog, Blue, went missing, the pet owner was frantic to find his best friend.

According to a Tennessee animal shelter, Blue’s owner had searched endlessly after the dog went astray, WJHL reported. As determined as Pat was to not give up in his search, he eventually had to move to Texas for a job, and was forced to accept that he may never see his dog again.

Then, in an astonishing turn of fate, Pat came across a video of Blue playing at TN Animal Shelter in Washington County. He immediately reached out and then made the 1,200-mile drive back to Tennessee to pick up his dog.

As soon as Blue saw his owner, the pair were lost in a fit of tail-wagging and doggy kisses, and Pat found himself on the floor.

The animal shelter caught the remarkable reunion on video, and it’s one of those moments that makes you fall to pieces with bliss:

“That’s my boy! I’ve missed you so much,” Pat is heard saying in the video.

“He is a very special dog,” the shelter staff said. “You tell him to sit, and he just sits.”

Blue wasted no time trying to get Pat to play fetch. “I’ll throw the ball later,” Pat laughed, hugging Blue and scratching his head affectionately. “We’ve got plenty of time for that.”

After a tearful reunion, and plenty of kisses, the pair checked out of the shelter, and Blue was finally able to return home.

Pat was grateful to find Blue healthy and unharmed, and he thanked the shelter for caring for Blue while they were separated. “He looks great. Thanks for taking such good care of him,” he said.

According to the shelter, they have a policy of never giving up on lost animals, and it’s because of stories like this one that they hold firm to that policy.