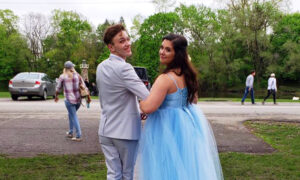 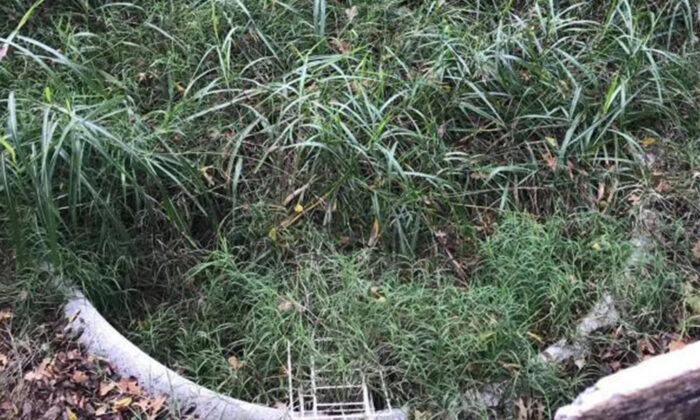 Man Shocked to Find Big Pool Hidden in the Yard of His $20,000 Fixer-Upper House

A nurse who bought a “fixer-upper” house for just approximately US$20,000 was left stunned when he discovered a fully functional swimming pool hidden in the back garden.

After the pool was renovated back to its former glory, the market value of the house shot up to an impressive six figures.

John Reynolds, 35, from Mineral Wells, Texas, bought the fully detached three-bedroom house two years ago after it had remained vacant for a year when the previous owner died.

“It feels like I have stumbled across a winning lottery ticket,” said John. “Never in a million years when I bought the property did I think I would be swimming in my own pool.”

Three months after making the purchase, John was left speechless when heavy rainfall revealed a 40,000-gallon (approx. 151,416-liter) 32-by-17-foot pool hidden under junk and debris in the back garden.

Now after 18 months of clearing out and renovating it, John says he uses the pool every day and has even decided to keep the house as his own, despite it now being worth approx. US$220,000.

John said he had bought the house as a little investment with the intention to “do it up and sell it on.”

“[B]ut it has yielded so many surprises I don’t know if I can let it go,” he said. “My friends and I are in it every day for hours on end now. You couldn’t wish to find a bigger reward in your back garden.”

After purchasing the house from the local county authority just weeks before it was set to be demolished, John began to work on restoring it; the house was originally built in 1955.

The property was left vacant for over a year after the woman who lived in there for over 20 years passed away; the house was filled with junk and 100 feral cats, and the garden was an overgrown mess strewn with debris.

But despite noticing one area of the garden was always boggy although the town had seen no rainfall for weeks, John dismissed the backyard as the last on his list of priorities.

It was only when a large rainstorm filled the old pool to the brim, shifting some of the junk and debris, that he uncovered the incredible feature.

John said: “I could see a bit of concrete edging but I just thought it was part of the patio or more flower beds. There was so much going on with the house, that little area was my last concern, but I did notice that it was always boggy despite the fact we hadn’t had any rainfall for weeks.”

“When a huge rain storm finally came, I got a call from my neighbor asking if I’d seen my pool,” he recalled. “I said ‘I don’t know what you’re talking about, I don’t have a pool’ and she said ‘yes you do.’”

When John went out, he saw the waterline tile, and the water had risen right up next to it. He found himself in a dilemma, thinking whether he should live in that house or sell it off.

“I was in shock,” John said. It took 11 months just to do the cleanup process and as the shell started showing I was waiting for a huge crack to surface but that never happened.”

“When we got back down to the bottom of the pool I realized it was still in really good shape,” he added.

After removing old furniture and classic car parts among the discarded items left in the shell, John spent around US$10,000 repairing leaks, cleaning, repainting, and refilling the pool, which would cost approximately US$160,000 to build from new today.

But despite serving to make a profit of nearly US$90,000 by selling it, the discovery has left John too attached to the property to let it go.

He said: “I used to drive past the house all the time and it always caught my eye because it had so much potential.

“When I finally bought it, it was so dilapidated you could smell it from two blocks away.

“Transforming it has been a labor of love, and I’ve decided it’s going to be my home now.”