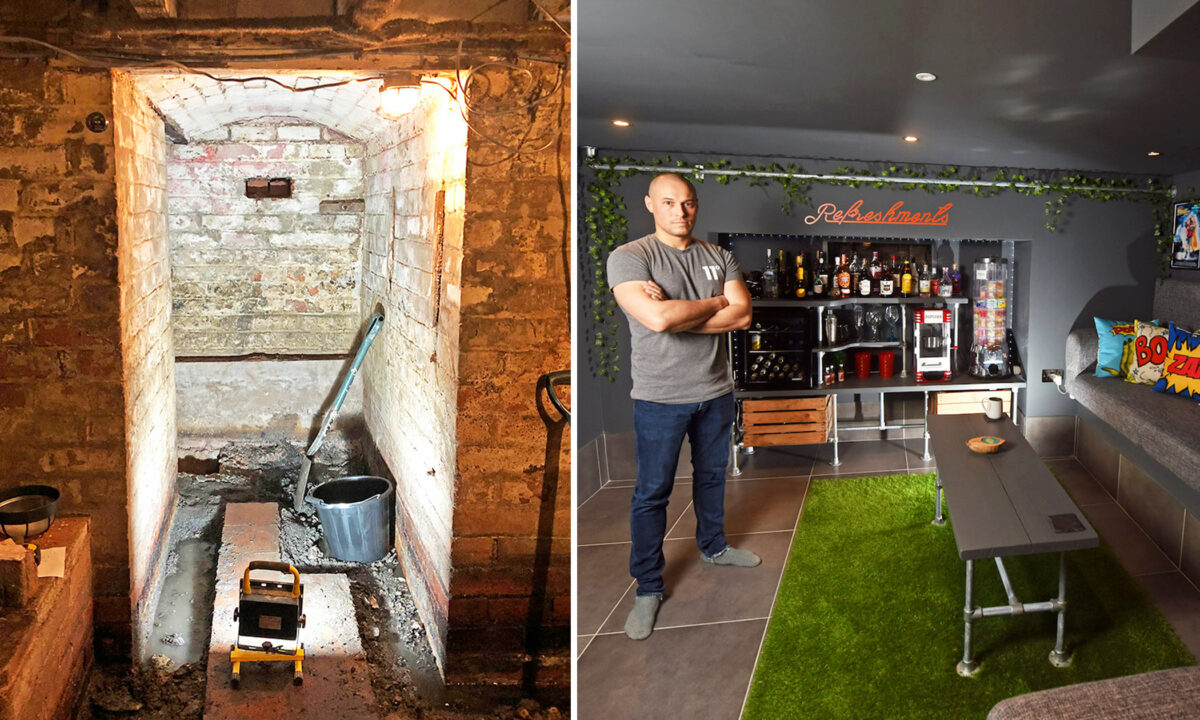 Man Discovers Hidden, Rotting Cellar in His Home and Turns It Into an Incredible Home Cinema

A father in England who discovered an old cellar while investigating his rotten floorboards has transformed the once-hidden room into an amazing home cinema.

Ben Mann, 39, from Cradley Heath, West Midlands, couldn’t believe his luck when he found the stairwell leading to an old cellar in his pre-1900 home.

He had moved into the home in April 2015 with his family, and discovered the cellar after noticing rotten floorboards, thus he decided to investigate further.

Ben soon noticed that the cellar was flooded with water and rubble, thus he decided to put his plans—of renovating the room into an underground home cinema and playroom for his 1-year-old daughter, Bella—on the back burner.

“There were some issues with rotten floorboards and the person I bought the house from wouldn’t let me explore any further until we had moved in,” said Ben, who works as a signmaker. “I had an inkling something was hidden underneath after noticing a lot of the houses on our street had cellars and steps leading down.”

Ben guessed where the stairwell would be, and found a flooded cellar.

Sharing more about the condition that he found it in, Ben said: “It was in terrible condition; there was a foot of water and rubble.”

According to him, the water and rubble were rotting the floorboards and joists, so he had to replace all of them. Despite it requiring a lot of work, Ben took the opportunity and set to work on renovating the space.

To transform the old, rotting cellar into an incredible home cinema—replete with a custom-made sofa, a projector, and a bar area—Ben spent 4,500 pounds (approx. US$5,500).

“I shopped around and used a lot of secondhand materials,” Ben said. “I made my own system to pump out the water, so I’ve managed to save a lot of money by doing the work myself.”

He began the renovation work in October 2020, but was only able to complete the ongoing project early this year.

The 12-square-meter space comes equipped with a large L-shaped lounger, shelving racks, a popcorn machine, a sweet vending machine, a minifridge, a projector, a bar area, and a fully functioning room.