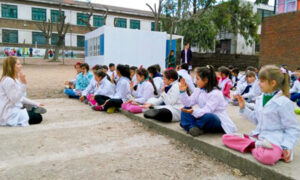 ‘An Unprecedented Evil Persecution’—Chapter Sixteen: Jiang Zemin The Ultimate Evil in the Destruction of Human Nature
0 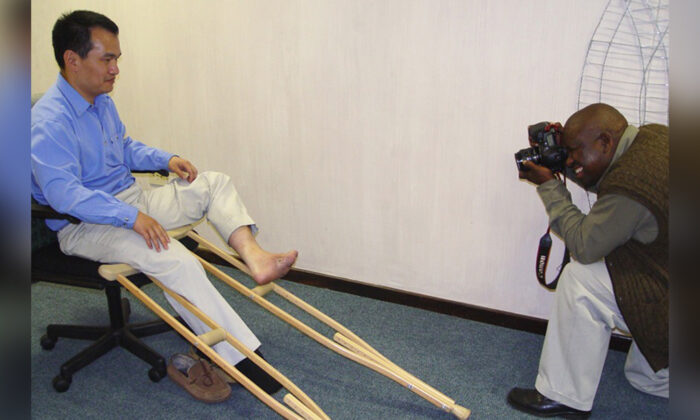 David Liang (L) being interviewed by The Sowetan, one of the most influential newspapers in South Africa, in 2004. (Minghui)
Life & Tradition

Man Crippled in a Gunshot Assassination Attempt Recovers Without Surgery, Here’s How

This is a story of an Australian man who recovered from high-velocity gunshot wounds in a politically motivated assassination attempt. Despite his doctors’ certitude that he’d never walk again, he achieved the impossible—without surgery. Featured in a 30-minute documentary titled “Aftermath of the Gunshot,” he provides details of the incident and his road to recovery.

Sydney resident David Liang had flown to Johannesburg on June 28, 2004, with several other Australians. Their purpose—to sue the then-Chinese-Vice-President Zeng Qinghong on his state visit to South Africa.

David, who practiced Falun Gong—an ancient spiritual practice of the mind and body that is based on the principles of Truth, Compassion, and Tolerance—intended to bring the high-ranking Chinese politician to justice for his involvement in the persecution of Falun Gong in China and already had in hand a lawsuit, accusing the then-vice-president of genocide, torture, and crimes against humanity.

“In China, he is above the law, we can’t do anything,” said David. “But we can do something during his visits to other countries. We can sue him.”

Little did David and his companions expect that they weren’t going to achieve their objective that evening. It soon became apparent to the group as they drove along the highway to the capital city of Pretoria that they were being tailed by a hired hitman, who soon lined his vehicle up with their rented car and unleashed a barrage of bullets from an AK-47 assault rifle.

Initially mistaking the sound for fireworks, they realized they were under fire, and David had been hit. David lost function of his feet. The group’s car veered off the highway at a high speed. Fortunately, the long grass beside the highway slowed their car to a complete stop.

The hitman stopped too. He looked back. David and his group wondered if he was going to shoot them dead. The gunman eventually took off. He wasn’t interested in robbing them. The attack was to stop them from reaching the Presidential Guest House, where the former Chinese vice president was.

A retired journalist named Dan witnessed the attack. He helped David into his car and rushed him off to the hospital for emergency treatment.

“Immediately I thought in my mind that it is not criminal and it is political…” said Dan, who features in “Aftermath of the Gunshot.”

Things looked grim for David at that point. His feet had gaping wounds. “I had a golf-ball-size hole in my right ankle,” said David, who was in immense pain. “I did not take the hospital’s suggestion of having an amputation.”

Doctor Nabeel Moosa, a surgeon at Chris Hani Baragwanath Hospital, said: “I think this is one of the most difficult open fractures to treat. His wounds are very contaminated. His ankle joint, his subtalar joint, which is the joint below the ankle … it’s gone.”

Dr. Moosa was concerned that David may not be able to walk again, guessing a conclusion could only be made in 2–3 years. “And in terms of fixing the bone it will be very, very difficult,” he added.

David left the hospital six days later to fly back home to Sydney. David was a taxi driver by profession, but his gunshot injuries left him unable to drive. With two young children and elderly parents to look after, finances became an issue as he was the main breadwinner. The question of whether or not David could ever walk again took a toll on his elderly mother, who was already not in good health. Upon learning that David was attacked, she was unable to sleep and began skipping meals.

David visited Dr. Lunz, a respected ankle and foot surgeon in Sydney, and was told he may never be able to freely move his feet again, let alone return to taxi driving for a living.

“This right ankle joint is totally destroyed and it is most likely he will never again be able to walk at all,” Dr. Lunz said. “Even with surgery he is unlikely to be able to walk functionally.”

David was urged to undergo a high-risk surgery, which was likely to further reduce his chances of walking. Without surgery, the risk of infection from his wounds could lead to his losing both feet altogether and endanger the rest of his body. David’s family opted for the surgery.

When David’s friend Peggy heard of the surgery’s repercussions, she made a suggestion to save David’s feet that didn’t involve surgery. Peggy, a former doctor of Chinese medicine and acupuncture, is also a Falun Gong practitioner.

“David is a Falun Gong practitioner, and he’s practiced for a while,” said Peggy. “So I shared my thoughts with his family. Eventually, they all agreed with me. Therefore, David was discharged from the hospital. We told his doctor that we would try the practice of Falun Gong. If this did not work we would come back.”

Peggy helped David to remove his gauzes and clean his wounds. She wrapped his feet with fresh bandages.

At first, he required a wheelchair to get around. As he continued to practice Falun Gong, he recovered bit by bit. He was eventually able to sit in the full lotus position. He also progressed onto crutches. The pain in his feet was alleviated more and more until it disappeared altogether.

A Month After the Shooting

After a month, David was able to stand on his two feet, though he would still require crutches to walk.

“It’s miraculous,” said David on his recovery. “At least they had not been infected.”

“Honestly it was not my nursing that resulted in his healing,” says Peggy. “Tissue had grown back inside the wound, and the holes had become filled.”

Three Months After the Shooting

David returned to South Africa to show the doctors how he had recovered from practicing Falun Gong. Though it was originally estimated it’d take 2–3 years to determine if David could ever walk again, here he was walking three months later, and without having undergone any surgery.

The hospital’s psychological sociologist, Mr. Robinson, said, “The interesting thing about David here is that there is no explanation from the physical point of view of how his feet recovered so quickly.”

“Some people ask me if I hate the shooters for doing this to me,” said David in a conference in South Africa.

“My answer is no. As Falun Dafa teaches me to tolerate and forgive.”

Throughout his entire recovery, David has insisted on keeping up his practice of Falun Gong and adhering to the spiritual practice’s three tenets of “Truthfulness-Compassion-Tolerance.”

David has managed to turn the distressing shooting incident into an opportunity to expose the Chinese regime’s genocidal campaign against Falun Gong. In doing so, he has also generated much interest in the peaceful meditation practice itself, which David owes his recovery to. Today, David is taxi-driving again for a living. He is able to walk normally, smile happily, and enjoys good health.