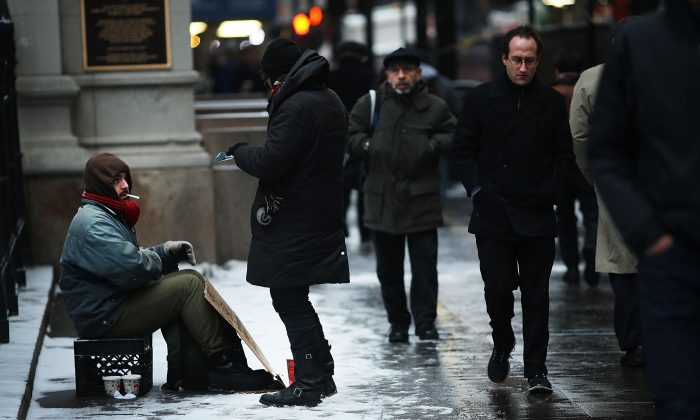 Man Cited for Panhandling 70 Times in Year, Found with $1,800 in Pocket

FRESNO, Calif.— A man who police say was walking into traffic in Fresno to ask people for money has racked up his 70th citation for aggressive panhandling in the past year.

Fresno Police say they arrested an “aggressive” panhandler with $1,800 on him today: https://t.co/RXRx0uUGm0 pic.twitter.com/J0ym2g4EIJ

The Fresno Bee reports (http://bit.ly/1KoXBE5 ) that the 43-year-old was cited Monday for standing in the center median of busy traffic and approaching cars. Municipal code bans people from standing on medians without a permit.

The man has been cited 11 times for similar violations since Jan. 1 and was cited more than 60 times for them in 2015.

Sgt. Todd Miller says they have offered the man city housing resources but he has refused them.