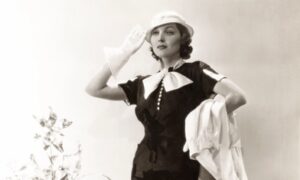 Male Sex Appeal Down to Good Teeth and Deodorant

What is it that makes a man attractive? In a recent survey by market research company Synovate 10,000 respondents, both male and female from 12 different countries, were questioned.

Men can breathe easy that it isn’t their lack of hair follicles or drooping jowls that are turning women off. Only one per cent of the respondents mentioned that a man must have a full head of hair to be considered handsome, with ageing also being an unimportant factor in terms of attraction.

British men might be let off the hook for their receding hair line and age, but in terms of nationality, the stereotype holds true—it’s the “Italian stallion” which women find the most attractive.

British men might not be top of the polls in the looks department, but there are two things they can do to enhance their desirability. Cleanliness and confidence were rated the top two requirements that make a man handsome, with one fifth of respondents stating that a “man must carry himself well”, followed by a “great smile”.

Both men and women agreed that being clean shaven was preferable to facial hair, with a slight discrepancy in the Canadian and American respondents, where actors such as George Clooney and Brad Pitt have made a little stubble attractive.

The most important beauty aid for men was deodorant, followed by whitening toothpaste, and aftershave.

More women than men considered wearing aftershave or cologne as sexy, with men in Spain considering having muscles and dressing well to be essential requirements.