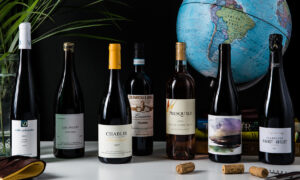 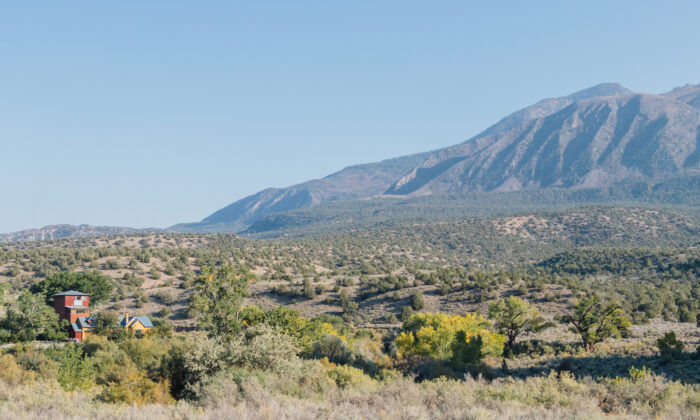 John Sutcliffe has compared the dedication it has taken to build a winery in what is arguably the most unexpected of locations to a “biblical pursuit.”

The aptly named Sutcliffe Vineyards is located at picturesque McElmo Canyon, a lush oasis surrounded by the sagebrush and cottonwoods of southwest Colorado’s high desert. The drive to and from Cortez, the county seat of Montezuma County, takes about 20 minutes. Four Corners, where Colorado meets Arizona, Utah, and New Mexico, is 50 miles away.

Despite hay farmers and ranchers as neighbors, making wine here at 5,340 feet in elevation can be incredibly difficult between the blazing hot summers and cold winters. Then there is the risk of late spring frosts that destroy entire vintages.

“I have been grounded into dust and shaken it off to emerge again,” Sutcliffe said in an interview. “It’s not for the faint-hearted.”

While acclaim for Colorado wine has increased in recent years the vast majority of the industry is based in Grand Valley, an appellation some 250 miles from Sutcliffe. Yet, there are other high-end winemakers thriving in places as seemingly impossible as McElmo Canyon, including New Mexico-based Gruet and Pheasant Ridge in Lubbock, Texas.

Born in Britain, he graduated from the Royal Military Academy Sandhurst and commissioned into the British Army’s Royal Welch Fusiliers before becoming a New York City restaurateur and later a cowboy-turned-winegrower. In short videos semi-regularly published on Instagram, the 76-year-old often talks wine over the latest book he has read. All this gives him an air of eccentricity. His upper-class English accent helps, too.

Sutcliffe insisted he isn’t a gentleman farmer. “We do a million dollars’ worth of wine,” he said over a bottle of Desert Bubbles, his understated blanc de blanc sparkling wine.

Notably, he eschews the racks of tourist gift shops, unlike some winemakers in atypical winegrowing regions.

Sutcliffe’s wines aren’t a novelty. Visitors to the vineyard’s tasting room discover serious wines that hold their own against more established names from California, Oregon, and Washington. In fact, critics at Wine Enthusiast have awarded several wines with ratings above 90 points.

“We make our wines absolutely authentically in an old-fashioned way,” he said. “The world I live in I want to drink really good wine.”

Building upon his prior experience as a restaurateur—Sutcliffe opened New York’s landmark Tavern on the Green—his wines can be found on the lists of several high-end restaurants and hotels, including nearby Dunton Hot Springs, where rooms sell for more than $1,000 per night, and the Amangani in Jackson Hole, Wyoming.

I asked which wine Sutcliffe is most proud of. He demurred at first but when pressed named the cinsault, a varietal native to southern France.

Other standouts are the syrah, cabernet franc, and chardonnay, the latter of which comes in two styles. One is crisper and similar to a chablis; the other is a slightly bigger style. The blanc de blanc made from the same traditional method as real champagne, marketed as Desert Bubbles, is also a pleasant surprise.

Many of his wines are estate wines; that is to say, the grapes are grown on-property. Out of necessity, Sutcliffe also buys 20 percent of his grapes from other areas, including the Grand Valley, to fulfill yearly production of about 5,000 cases.

Cortez is best reached by car, though the local airport is served by commuter airline Boutique Air. Driving from airports in Grand Junction, Albuquerque, Phoenix, and Salt Lake City takes between four and six hours.