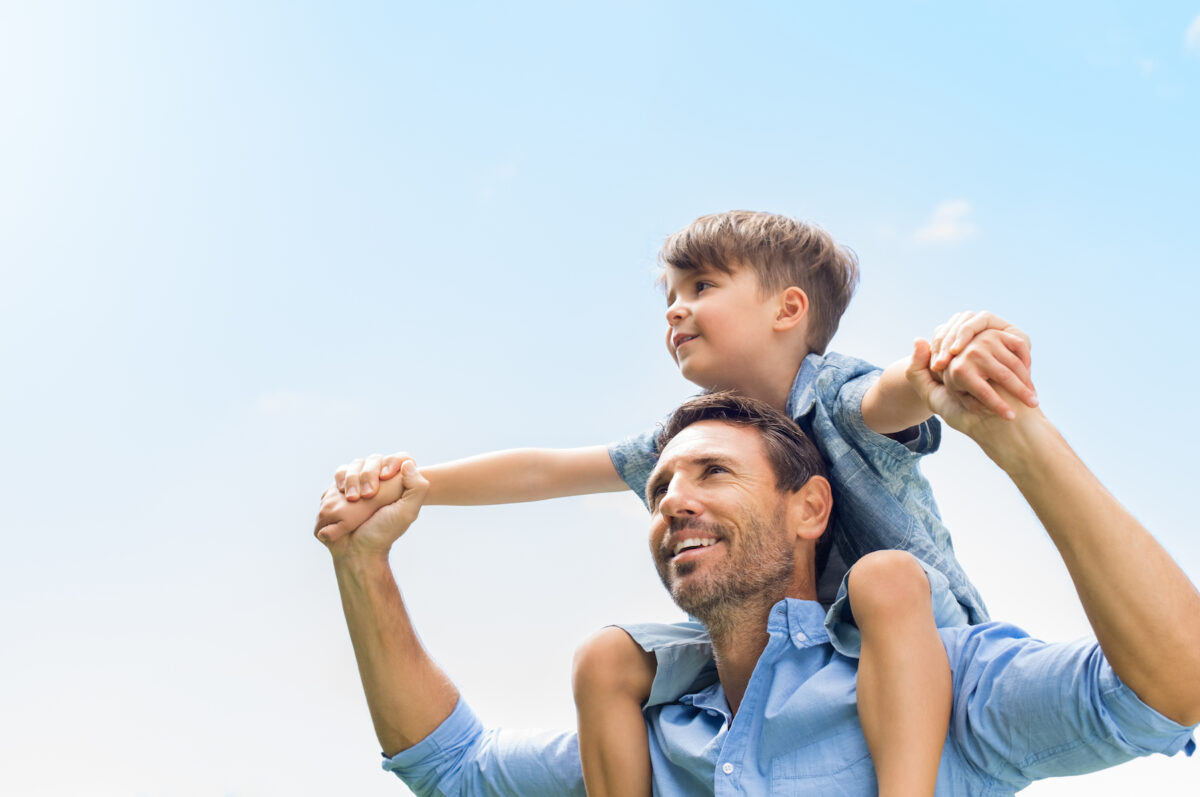 The ability to care for yourself and be accountable to others separates boys from men. (Rido/Shutterstock)
Family & Education

As someone who thinks about family in both immediate and generational terms, the reality that I’m raising my grandchildren’s parents is a sobering reminder that my actions will have a profound effect on people I’ve yet to meet. This is why I feel a particular responsibility to model the types of traits and behaviors I want my two sons to embody as they grow from boys to men.

American boys and men are in a state of crisis. The notion that masculinity and traditional gender roles are “toxic” forces of oppression is a common refrain in our cultural commentary and political discourse. Men are dropping out of the labor force and dying deaths of despair. We live in a culture where legislation aimed to promote fatherhood is criticized and drag queens reading to children in public libraries are celebrated.

As a black father raising sons, I also know they’ll enter a world with unique challenges related to masculinity. The fact that homicide is the leading cause of death for young black males and more than 70 percent of black children are born to unmarried parents shape the expectations many black boys have for their own lives.

Our culture has a lot of things to say when it comes to men. As a Christian, I turn to my Bible, not social norms, to guide my thinking on the characteristics of healthy masculinity.

The first lesson is that no man should feel ashamed of being a male, because God created him that way. I also believe that men function best in environments marked by order, so I’ll teach my sons that men who want to lead families need to be led by God’s word.

They also need to know that women are neither enemies to be engaged with on the battlefields of the culture wars nor objects to be demeaned through music and media. They should see their female counterparts for who they are—created beings made in the image of God who are equal in worth, but distinct in form and nature. Men and women are meant to complement, not compete, with one another. Rejecting these differences is how we came to see chivalry as patronizing and pornography as empowering. Part of my job is to ensure my sons don’t fall prey to that type of thinking. The familiar motto of “provide and protect” feels countercultural in an era of “degrade and neglect.”

American boys and men also need to know that, despite what some people think, “responsibility” isn’t a dirty word. In fact, the ability to care for yourself and be accountable for others is what separates boys from men. The ultimate act of manhood is being willing to commit to one woman and the children the two of you create for a lifetime.

Men and boys today need to see the vocations of husband and father as central to their identity. This is how I was raised. My father and his peers would frequently remind the boys in our church that laziness and unwillingness to provide for your household were traits of an ungodly man.

I also want my sons to know that life is so precious and valuable that part of their job is protecting it. That means they should be wise enough to know that despite the cries for women’s equality, their future wives will expect them to investigate when something goes bump in the night.

This is the life I would want for my sons and every boy, teenager, and young man in this country. My prayer is that they’ll grow up in a country that values men, masculinity, and the unique roles we play in our families. I want them to know God, find meaningful work, marry a good woman and raise children together, and build a family that’s characterized by peace and productivity.

I wish I could package all these ideas into a story, so that every father could read it to his son and reinforce these lessons on a daily basis.

I would call it “The Boy Who Would Be King.”

This article was originally published on the Institute for Family Studies blog, as part of a series of short essays addressing the meaning and purpose of healthy masculinity in today’s world.