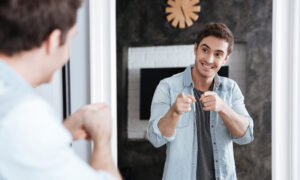 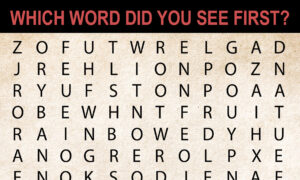 The Word You See First Can Reveal A lot About Your Personality ... and Your Biggest Obstacle
0 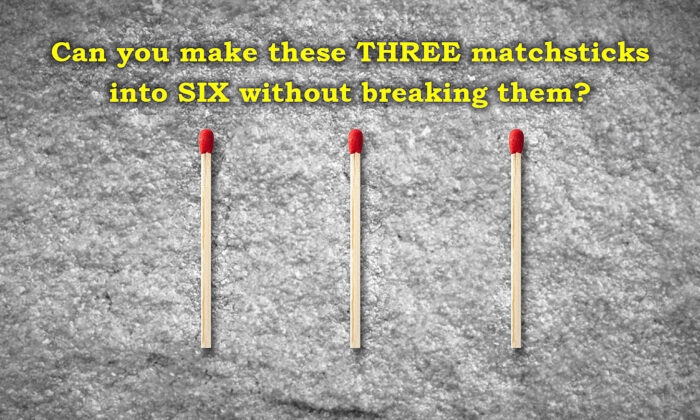 It’s a fact of life that many people today are so attached to their handheld devices they literally can’t look up for more than a few seconds without twiddling away online.

You might wonder what on earth we did before smartphones (well, what did you do?). In the days before televisions and computers, people had longer attention spans—that’s for sure. And they also were masters at using their imaginations!

In order to amuse themselves, they invented games: card games, board games, and matchstick puzzle games like the one you’re about to play.

Try this one for yourself!

Make the three matchsticks into six without breaking them.

It’s pretty tough for something as simple matches, wouldn’t you say? (And you thought Candy Crush was the ultimate pastime!) See if you can solve it for yourself, and when you think you know the answer, or if you’re totally beat, see the answer below.

In just two simple moves, you can turn three matches into six!

And there it is: the number six … written in Roman numerals. You probably never expected that, did you? That’s why they’re called “brainteasers”; they tease the brain to expand outside one’s boundaries—including your assumptions about the game itself. In this case, we never said not to use Roman numerals; your own assumptions might have boxed you in.

If you were successful in solving it, congratulations! You’ve shown your ability to think outside of the box!

Whether you were successful or not, we hope you enjoyed this tricky little diversion and realized how much you can do with things as simple as matchsticks. (If you’d like to play a bonus round, click here!)

And, if you enjoyed this game, be sure to share it with a friend or family member, and give their brains a good tease!