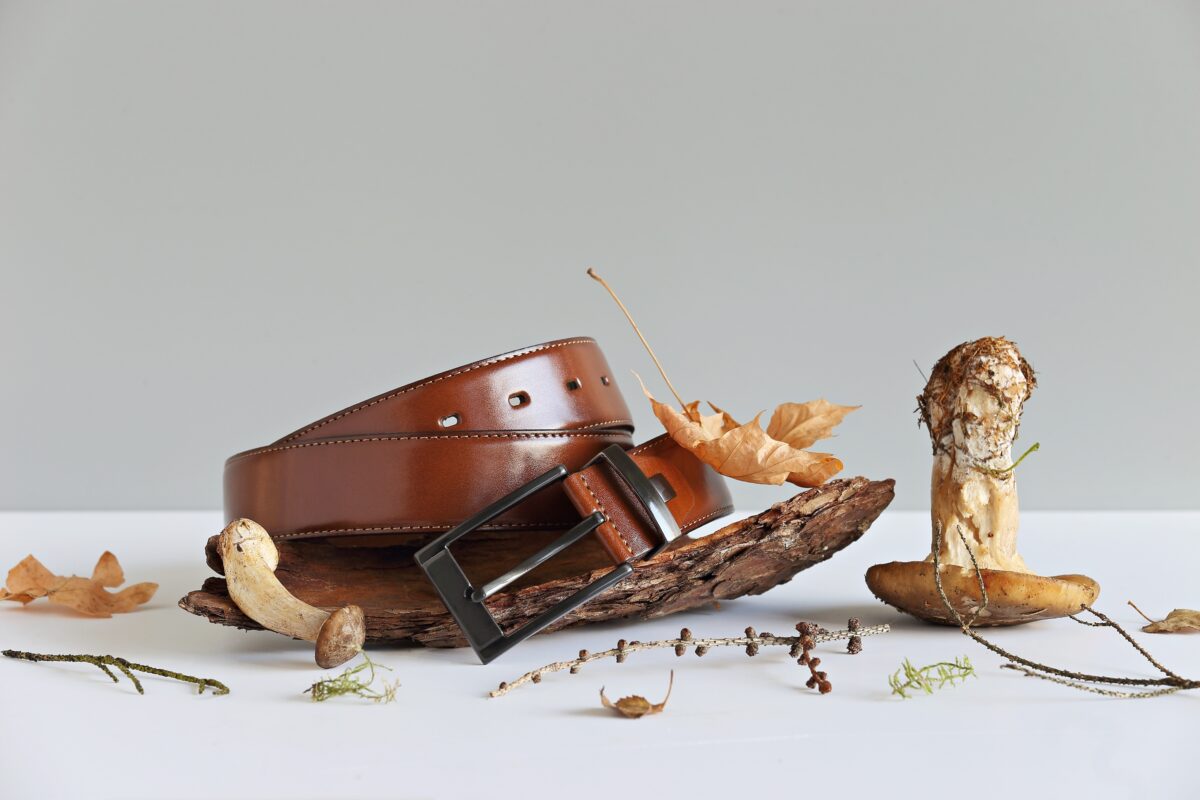 Mushroom leather is wrapping up some pretty healthy profits. The fungi-based fabric has officially arrived with such big brand names as Adidas, Lululemon, Stella McCarthy, and Tommy Hilfiger turning out handbags, sneakers, yoga mats, and even pants made from mushroom leather.

According to the latest data from Grand View Research, the vegan fashion market was valued at 396.3 billion in 2019, with a projected annual growth of 14 percent.

And that was before mushroom leather started cropping up in some unlikely places.

The latest to embrace mushroom leather is Mercedes-Benz. It has outfitted the interior of its VISION EQXX, a sleek, new luxury electric car prototype, with mushroom leather.

Mercedes-Benz Chief Design Officer Gorden Wagener describes the automaker’s use of vegan leather as an “exhilarating experience” to provide a look of luxury while moving away from animal-based products.

“They show a way forward for luxury design that conserves resources,” said Wagener. It has also won high marks for its quality from industry leaders.

The way mushroom leather is made is indeed environmentally-friendly in itself. It is made from the root of a mushroom called mycelium. Mycelium not only reaches maturity in just a matter of weeks, but it consumes very little energy because it doesn’t require any sunlight, and doesn’t need to be fed.

To make it into mushroom leather, mycelium is grown on top of an organic material like sawdust, which through a natural biological process, forms a thick mat that looks—and feels—like leather.

Mushroom leather is already being hailed in Brazil. According to a recent study by stand.earth, over 100 major fashion brands are exporters of products made with Brazilian leather, which comes from cattle farms that have been deforesting the Amazon rainforest for two decades.

Sonia Guajajara, executive-coordinator of the Indigenous Peoples Alliance from Brazil (APIB), said that vegan products like mushroom leather takes the politics out of supporting cattle ranchers over the forest’s preservation. “The fashion industry, which buys these products, can now pick a better side,” she said.

In the five years since its invention, the mushroom leather industry has attracted both major investors and some of the fashion’s world’s most celebrated designers.

“This opportunity is massive, and we believe that unrivaled product quality combined with a proprietary, scalable manufacturing process has MycoWorks poised to serve as the backbone of the new materials revolution,” the company’s General Partner David Siminoff said in a press release.

Mycoworks is using the funding to build a new plant in Union County, South Carolina, where it plans to grow several million square feet of mushroom leather.

Fibre2Fashion, a global tracker of the textile fashion industry, recently concluded that mushroom leather could soon pop up in more consumer products. ”Soon, we should see trendy bags, biker jackets, high-heels, and accessories from mushroom leather in shops from all over the world,” it wrote in in its findings.

Alice Giordano
Follow
Alice Giordano is a former news correspondent for The Boston Globe, Associated Press, and New England bureau of The New York Times.
SHARE
Friends Read FreeCopyFacebookTweet
You May Also Like