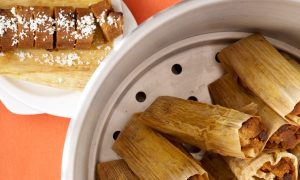 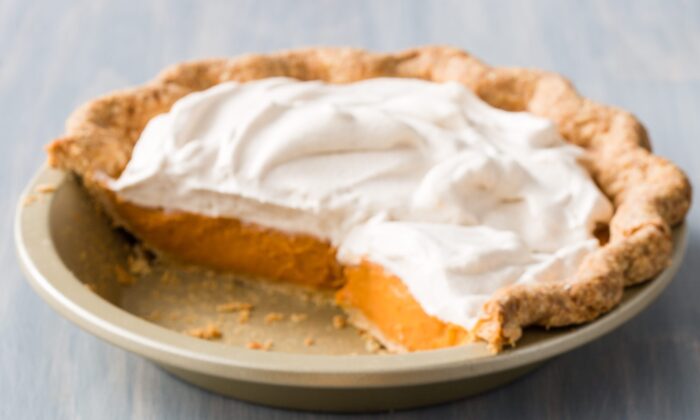 Why This Recipe Works: When we set out to develop a recipe for a make-ahead pumpkin pie—one that we could fully bake and then freeze for up to two weeks with no negative effects—we knew a steep challenge lay ahead of us. Custard pies typically don’t survive freezing because the eggs in the custard contain a lot of water and tend to split into weepy mush once frozen.

During the course of testing, we discovered that substituting gelatin for the eggs was the answer. The gelatin suspended excess water in a flexible network, so the filling remained smooth and retained its structure after being frozen and thawed. Cream replaced the richness that we lost when we ditched the eggs. Since gelatin sets up in a cool environment, it also made the luscious stir-together filling no-cook.

For the pie: Whisk cream and gelatin in microwave-safe bowl until all gelatin looks wet (mixture will be slightly lumpy). Let mixture sit until it looks like loose cottage cheese, about 5 minutes.

Microwave gelatin mixture until gelatin has melted, about 1 minute, whisking halfway through microwaving. Whisk until smooth and syrupy and no lumps remain. (If lumps persist, microwave in 10-second intervals, whisking after each, until smooth.)

For the topping: Using stand mixer fitted with whisk attachment, whip all ingredients on medium-low speed until foamy, about 1 minute. Increase speed to high and whip until soft peaks form, 1–3 minutes. (Topping can be refrigerated for up to 24 hours.)

To make ahead: At the end of step 4, the pie can be wrapped tightly in plastic wrap, then aluminum foil, and frozen for up to 2 weeks. To serve, completely unwrap pie and let thaw at room temperature for 5 hours. Make topping while pie thaws and spread over pie just before serving.