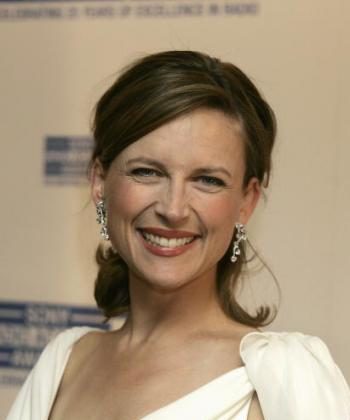 Imagine yourself, those of you who are not professional musicians, being given the chance to conduct an orchestra … and competing against other amateurs in order to do so. This is the scenario for "Maestro", a reality TV series produced by the BBC and airing in the U.K.

"Maestro" features celebrities who have no other qualification than that they love classical music and wish to conduct the BBC Concert Orchestra and BBC Symphony Chorus on September 13 at <i>Proms in the Park.</i>

The contestants each have survived “Baton Camp” in May and have been assigned mentors to help them learn orchestral, choral, and operatic music. They also have been assigned time to rehearse throughout the summer in order to hone skills, engage the orchestra and/or singers, and learn to create beautiful music.

The competition is now in full swing. Each week in August, the contestants have conducted the orchestra and were then broadcast on BBC Two before a studio audience while an international panel of experts determined the two weakest contestants. Members of the BBC Concert Orchestra then vote to decide who stays and who must go.

With Clive Anderson as host, this past week newsreader Katie Derham, actress Jane Asher, and comedienne Sue Perkins, among others, participated in the “choral challenge.”

Viewers seem to enjoy the show, at least according to BBC’s Web site. A professional and anonymous London musician who tuned in for “a good laugh,” found him or herself “hooked,” and noted having played for some big names who were less technically adept than the amateurs he/she witnessed.

A couple from Leeds, who acknowledged knowing nothing about classical music, found a new love for it due to the show: “We have been sucked in by the beauty, energy, passion, and delicacy of it all.”

Apparently the show could do more to educate its viewers. One Londoner mentioned that she would have liked to have seen more about what a conductor actually does: “how to balance one section against another, how to sort out tuning, etc.”

But one commenter gave the best endorsement imaginable: “Reality TV the way it should be.”

Perhaps there’s hope for reality T.V. after all.