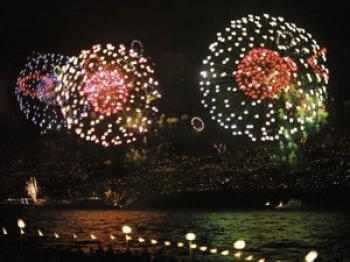 By Bernd Kregel
Print
Each year Christmas is celebrated around the world, making Christmas time the most popular festive season. It brings out a multitude of traditions everywhere; but especially so on the Island of Madeira.

Madeira, an autonomous island off the North African coast, was rediscovered by Portuguese sailors in the early fourteen hundreds and has since belonged to Portugal.

The island's customs are a legacy from the Catholic Portuguese explorers who chanced upon this island archipelago more than 500 years ago. Even then, Madeira was thought of as something special.

The island, at the same latitude as Casablanca, is extraordinarily cool during the summer and warm during the winter months due to the famous trade winds. This superb climate is the reason for Madeira's amazing growing season. This “Flower Island” rightfully deserves its name because the "Christmas Star" blooms here in abundance in December, covering the island in a mass of red blooms.

All are captivated by the island's rugged terrain. Madeira is a mere 35 km long and 13 km wide, but a volcanic spine, the extinct crater, deep valleys, and peaked mountain tops make the island look much larger and more interesting than other, similarly-sized islands.

The southernmost stretch of Madeira is home to Funchal, the “City of Lights.” All of December is devoted to Christmas celebrations, and illuminations are everywhere. Long before December 25, the streets are adorned with garlands of lights. None of the many churches would be large enough to hold the innumerable crèches displayed along Funchal's main street—creating an image of the shepherds, kings, angels, and Holy Family having been transported to Funchal. The closer to Christmas it gets, the more the festive the mood on the island becomes. Just the thing for the many visitors that arrive and can't get enough of the churches that show off their beautiful interiors: Jesuit Church, Church of Santa Clara, or the Nossa Senhora Do Monte church.

Those who manage to reach a high point on the island, either by taxi or on foot, are rewarded with a breathtaking view of Funchal with its natural harbor. The colors black, red, and gold are visible from two "Kreuzfahrtschiffen" (pilgrim vessels).

There are two options for making one’s way back down to Funchal: either by cable car, that glides above the colorful rooftops of the city, or in a racing sled basket, pulled by two men who steer it along the steep streets and alleys. As soon as one sits down, the sled zooms off at high speed. No wonder many a passenger has mumbled a fervent prayer through clenched teeth! Especially so when one approaches a cross street, where the oncoming traffic cannot be seen. Somehow, people always arrive safely at their destinations.

The high point is the New Year's Eve fireworks display, diligently set up over several days along the seashore promenade and several of the island's higher elevations. The artisans prepare a spectacular display of Europe's grandest fireworks that is guided by computers.

The spectacle begins promptly at midnight. Explosions fill the air, and a kaleidoscope of colors rain on the City of Light. No one would question this title on New Year's Eve.