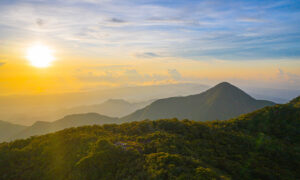 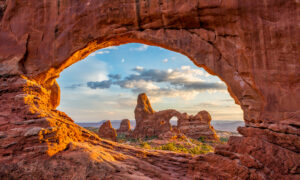 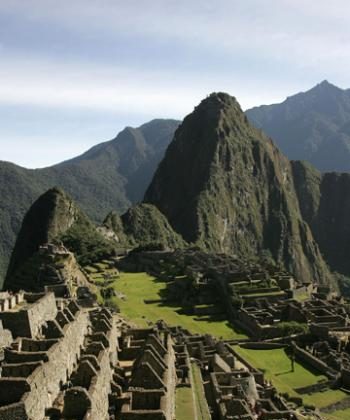 Machu Picchu: Enigmatic Testimony of the Past

Machu Picchu (“Old Mountain” in Quechua, the language of the Incan empire) is the modern name of the stone citadel located in the rocky promontory that links the Machu Picchu and the Huayna Picchu (“Young Mountain”) in the eastern slope of the Central Andes, South Peru.

Its uncertain origin, its singular and masterly architecture, plus the awesome natural environment, make this remote fortress one of the favorite destinations for the adventure lovers, the curious spirits, and the unsatisfied researchers.

Since their arrival in America, the Spaniards began listening to natives’ tales about this mythical city, but it wasn’t until 1911 that Hiram Bingham, an American history professor who was interested in finding the last Incan strongholds, made the city known to the scientific world, after reaching it with the guiding of some locals.

The Machu Picchu sanctuary is divided in two big sectors: the farming sector and the urban sector or citadel, in which the first surrounds the second.

The urban sector, in turn, is divided in two big sections. The high section, or “hanan,” toward the west, contains the royal mausoleum, the royal palace, and the main temple, among others. The low section, or “urin,” toward the east, contains the sacred rock and its rock gardens, the three-gate palace, the eastern mausoleum, the condor crypt—a set of caves used for rituals, which includes a crypt with a rock that resembles a flying condor—and two groups of buildings that seems to have had a household use. The big differences between both sectors seem to confirm the existence of a hierarchal society.

There are many theories about the origin and purpose of Machu Picchu. None of them are conclusive, and maybe that’s a reason why this citadel attracts so many visitors every year. Perhaps they are trying to solve the enigma themselves. Let’s review some of the most popular theories.

There are some who believe that around 1440, during his campaign toward Vilcabamaba, a valley located in today’s Ecuador, the first Incan emperor, Pachacútec, conquered the Machu Picchu gully. The place may have impressed the monarch with its particular characteristics and he may have ordered an urban complex built there, with luxurious buildings—both religious and civil ones. This theory holds that Machu Picchu was the last capital city of the Incan empire.

Others believe that it was a religious center, a refuge for the “Ñustas” (the Sun virgins), so it would be considered a sacred city. These virgins served the Sun god and other deities, which is why the Spaniards call them the Sun virgins. Some of them were chosen at the age of 10 and were committed to chastity. One theory explains that at the arrival of the Spaniards, the Incan chiefs may have hidden these women in a secret place in the Andes. The finding of 107 human remains, of which 68.9 percent were women, supports this theory.

Another theory claims that the city was actually unknown to the Incas. The kind of construction and the lack of historical records may indicate that Machu Picchu was more ancient than the Incan cities.

Actually, these theories are just speculations, and it’s even possible that Machu Picchu was inhabited by different cultures at different times, each of them leaving their imprint to create what today is a peculiar architectonic and archeological complex that baffles researchers.

However, all theories seem to agree that Machu Picchu was a high-level sanctuary. There are still ruins of buildings that were covered with gold, with beautiful gardens, statues of gods, and offerings, like the Qorikancha temple—the “Golden Palace,” which was the richest, and most elaborate temple in Incan society.

There are also other temples and palaces, all finely built, with delicate water fountains cut in the rocks, altars, astronomical observatories, and many spaces for worship, where one could enjoy the spectacle of the rainbows.

Regardless of the theories, its atmosphere and fine buildings at 7,743 feet above sea level make it clear why this place was selected as one of the new wonders of the world in 2007.