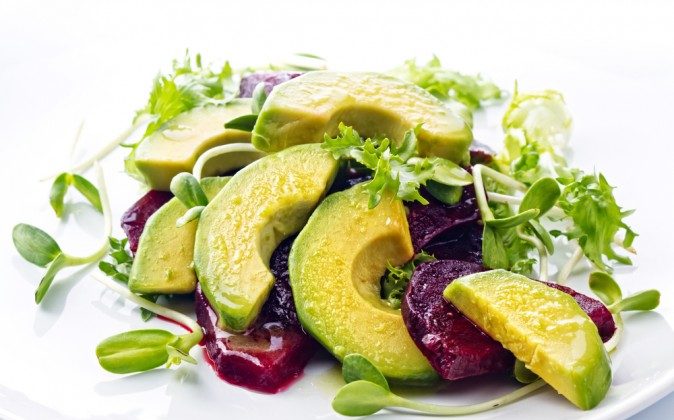 A low-carb, vegan diet may reduce the risk of heart disease by 10 percent over the course of a decade, according to a study conducted by researchers from the University of Toronto, St. Michael’s Hospital (Toronto), Boston Children’s Hospital, Harvard Medical School, New York Medical College and Solae LLC, and published in BMJ Open.

“We killed two birds with one stone — or, rather, with one diet,” lead author Dr. David Jenkins said. “We designed a diet that combined both vegan and low-carb elements to get the weight loss and cholesterol-lowering benefits of both.”

Design Your Own Diet

In the new study, researchers sought to combine the benefits of a low-carb diet with those of a vegan diet — in which no animal products at all are consumed, including meat, dairy and eggs. This low-carb vegan diet is sometimes called the “Eco-Atkins” diet, especially when it involves high protein consumption.

The researchers randomly assigned 23 obese women and men to follow either an Eco-Atkins diet or a high-carbohydrate, lacto-ovo vegetarian diet (dairy and eggs allowed) for six months. Rather than preparing the participants’ food for them, the researchers gave participants menu plans outlining food suitable for the assigned diet, as well as suggested portions. This allowed participants to plan meals according to their own tastes and made it more likely that they would follow the assigned diet.

Have a vegan snack! (Shutterstock*)

“We could expect similar results in the real world because study participants selected their own diets and were able to adjust to their needs and preferences,” Dr. Jenkins said.

Another pair of recent studies, conducted by researchers from Linkoping University in Sweden and published in the journals Diabetologia and Annals of Medicine, confirmed even more health benefits to a low-carb diet. The researchers assigned type 2 diabetes patients to either a low-carb or a traditional low-fat diet for six months. They found that, while weight loss was similar between the diets, the low-carb diet led to greater reductions in blood sugar and inflammation.

*Images of “avocado salad“, “pepper” and “toast” via Shutterstock