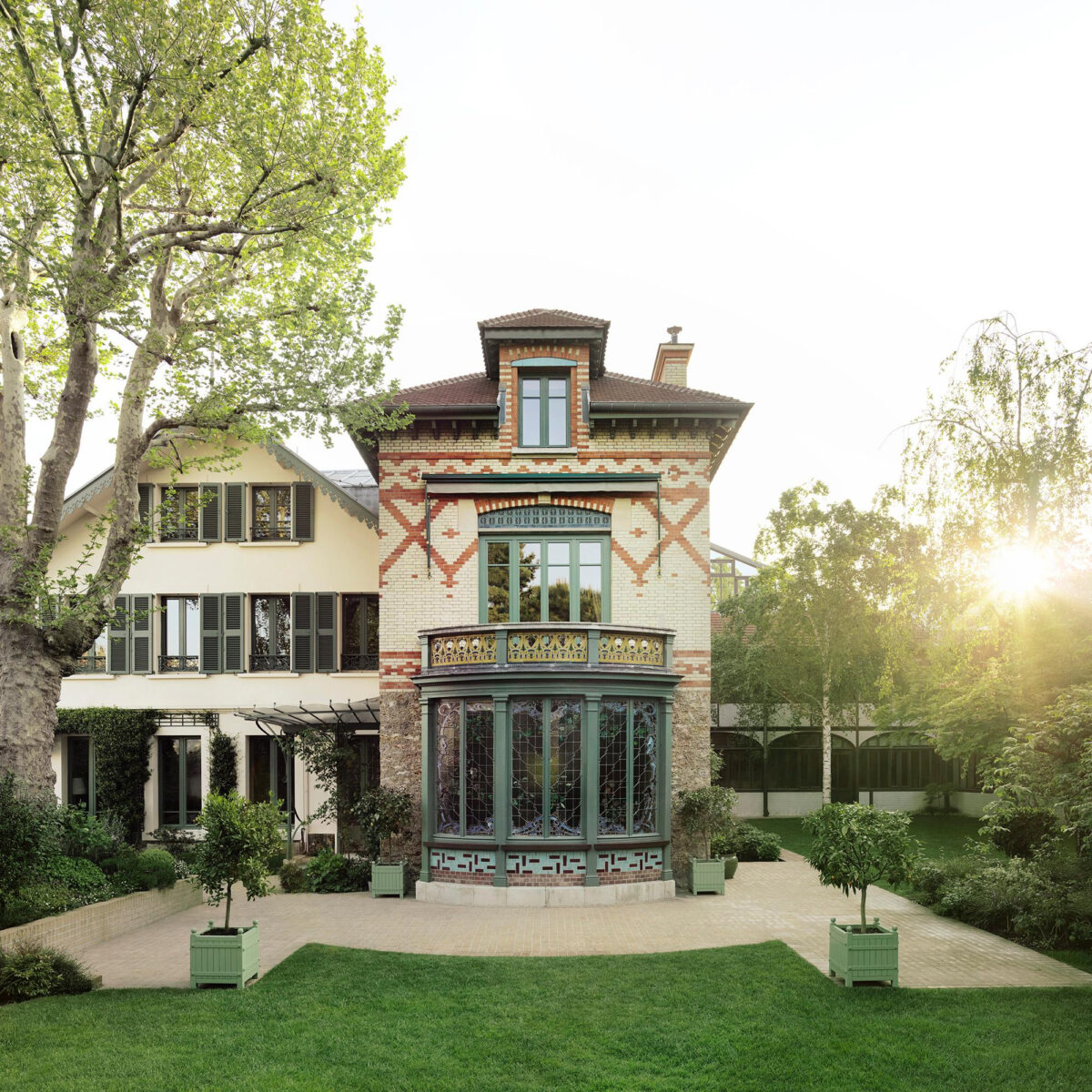 The story of the man behind the Louis Vuitton brand resembles the male version of “Cinderella.” Now, 200 years after his birth, the label is ranked the most valuable luxury brand in the world, worth $75.7 billion in 2021.

The esteemed Louis Vuitton name doesn’t bring to mind the image of a young boy running away from home with nothing and crossing France by foot, but rather a pair of weathered hands whose craftsmanship outshined that of his fellow craftsmen. Yet, the determination and character of the founder of the luxury brand is exemplified from the beginning of his story and follows him through his life journey.

Louis Vuitton was born in 1821 in the small town of Jura, some 60 kilometers from the Swiss-French border. As is the case in “Cinderella,” 10-year-old Vuitton lost his mother and quickly found himself under the unkind care of his new stepmother. To escape her, he left his home in Jura at age 13 with only the carpentry skills acquired from his father. He walked 400 kilometers to Paris on a two-year expedition, roughing it through the harsh winters of the heavily wooded mountain regions he crossed.

“In the Jura dialect, Vuitton means ‘headstrong with thick skin,’” author Caroline Bongrand says in the explanatory video for her novel “Louis Vuitton, l’audacieux.” “We can understand [his story] better, meaning one would need to be headstrong with thick skin to decide to leave the way he did, to have the courage not to turn back, and to soldier on. He really has the name that matches his character.”

A Penniless 15-Year-Old Carpenter in Paris

In Paris, aged 15 upon his arrival, Vuitton headed to the workshop of the most prestigious box maker and packer, Monsieur Maréchal. He was desperate for work and, with no means to survive, he convinced Maréchal to employ him. While working for Maréchal, one of his clients was a young Spanish girl, Eugénie de Montijo.

“It turns out that this woman would be chosen by Napoleon III and, therefore, this client of Louis at Maréchal’s would become the Empress of the French. She encouraged him to buy his own tools and to establish himself,” says Bongrand in the video. “Eugénie the Empress had developed a long-lasting friendship with Louis Vuitton, and she continued to engage in his services.”

The headstrong visionary who embarked on a life-improving adventure in his earlier years paid close attention to the latest innovations, modernization, and industrialization in all aspects of life. He took note that the transportation industry was beginning to enter a revolution, and understood that travel would become very important for his career.

Vuitton heard about a hotel that was going to be constructed—l’Hôtel du Louvre—and he wanted to be near the guests of this hotel—the international clients of which would participate in the future of his brand. For this reason, when he founded his company, Louis Vuitton, in 1854 at age 31, he opened a workshop on Rue Neuve des Capucines in Paris,.

The site closed five years later, following the successful growth of the company, and the business was moved to Asnières under the name Atelier Louis Vuitton Asnières. Today, La Galerie Louis Vuitton is the museum attached to the workshop in Asnières.

Vuitton established this workshop in the northwest of Paris to be close to the Seine River and the new railway that opened in 1859. The move to Asnières-sur-Seine meant easy delivery of raw materials such as the wood required for the increasingly popular Vuitton trunks. The railway line, one of the first in France, passed through Asnières and led to the Gare Saint-Lazare, where Louis set up the brand’s first store. The Asnières workshop rapidly became the heart of the Louis Vuitton savoir-faire, producing trunks, luggage, and special orders for dispatch around the world.

In an era of opulent dresses and wide skirts, Vuitton pronounced himself a “packer” of fashions and presented a lighter and stronger remodeled trunk to compete against its traditional counterparts. The foundation of his world-celebrated trunk was his revolutionary idea of creating foldable, stackable flat trunks with reinforcements, with a special method for stacking the trunks together.

Vuitton understood that flat trunks would be more practical and efficient than the classic domed designs of the time; he chose cloth covered in oil paint as a lightweight yet long-lasting waterproof covering, a crucial element of this disruptive innovation; the creation of the Trianon canvas was the first waterproof canvas used on a flat trunk. These rectangular canvas trunks were extremely successful because they were the only trunks of their kind on the market, and competitors began copying the style. Vuitton was forced to outsmart the counterfeiters by creating increasingly complex designs, moving from gray cloth to colored stripes and later to a checkered design, Damier.

In 1896, his eldest son, Georges-Louis Vuitton, developed a new canvas in honor of his late father: the Monogram, a revolutionary icon inspired by a Japanese crest, most likely from the Japonisme movement lasting from 1854–1900. For the Monogram, George Vuitton chose pegamoid waterproof varnish for the first coated canvases, instead of using woven cloth; the trunks had a coated cotton canvas base. The pegamoid made the trunks easier to manufacture and longer-lasting. Manufacturing the canvases required applying pegamoid reduction resins and a pattern called “pochoirs.” The patterns came in yellow, green, red, and blue.

Since its emergence in the 1800s, the Louis Vuitton brand has become known for much more than its original and ever-evolving trunk. However, the importance of the trunk in terms of innovation and quality craftsmanship has never diminished.