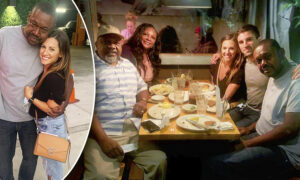 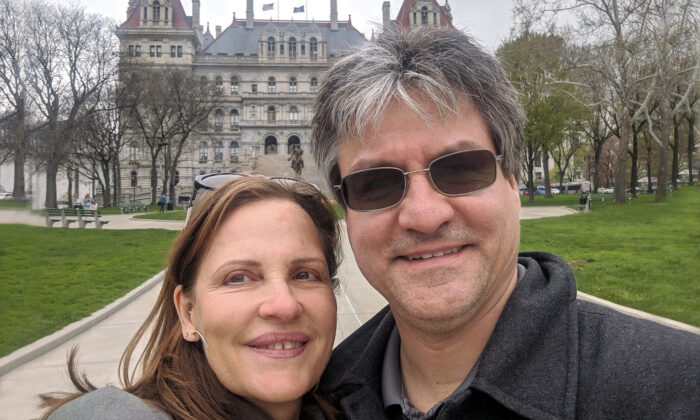 Two siblings who were adopted separately as children have been reunited after decades apart. They discovered they were living “parallel lives” in the same state, New York, but never knew the other sibling existed, until recently.

“We would love to get [our] story out so other adoptees don’t have to wait as long as we did to be united,” Monica Schuss told The Epoch Times.

Monica grew up an only child, and she always wondered if she had a sibling.

“My whole life, I wanted to know if I had any brothers or sisters. I grew up as an only child,” Monica told NBC. “You wonder what’s out there.”

Her biological brother, John Tomanelli, who is 7 years younger than her, wondered the same thing.

That’s why, in the 1990s, both John and Monica signed up for the New York state adoption registry. They hoped it would lead them to the truth of their birth origins.

But after nearly 3 decades, the pair started to think they’d wondered about the possibility of a long-lost sibling in vain.

“You have hope, and then hope kind of just dwindles over the years when nothing happens,” said John in an interview with the local news outlet.

But that hope was rekindled when, 27 years after signing up with the adoption registry, they each received a letter in the mail saying they had a sibling. At the time, Monica was living in Queens, and John was living on Long Island. They were shocked and overjoyed to discover they had a biological sibling living right in the same state.

They decided to meet at a restaurant, and according to Long Island News12’s “On a Positive Note,” they had an instant connection.

“We both had smiles,” John recounted. “We hugged immediately.”

They soon discovered that they share the same hobby: making Irish soda bread from scratch.

They have many other astounding things in common, such as a shared birthday. Both siblings got divorced in the same year, and both had lost their adoptive mother.

“It was so strange that our lives had paralleled one another,” said Monica.

Now, the siblings are busy making up for lost time; they even moved in together during the CCP (Chinese Communist Party) virus pandemic.

They added that they are looking into ways to help other adopted siblings find one another faster, so they don’t lose so much time before they can be reunited.

“We [hope we] can help those people find what we found,” said Monica.