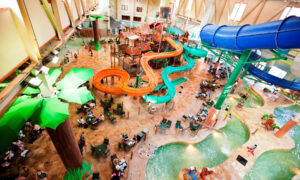 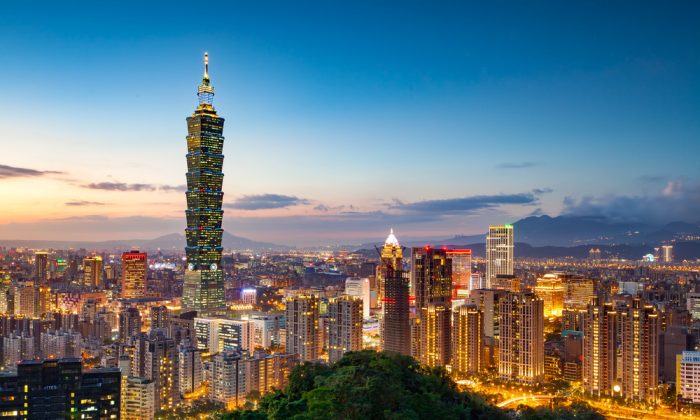 Every once in a while, airplane travelers run into that seven-hour layover—an awkward time that is too short to get any real sightseeing done, yet too long to sit idly around the airport twiddling thumbs before the next flight.

Awkwardly timed layovers are no longer an issue for travelers at Taiwan’s Taoyuan International Airport.

The Taiwan Tourism Bureau is now offering free half-day bus trips around parts of the island. Travelers can immerse themselves in the rich cultural heritage of Taiwan and savor tasty Taiwanese culinary fare, all while waiting for their next flight.

The Morning Tour: Explore Sanxia and Yingge, Hubs of Tradition and Cultural Arts

The morning tour (around 8 a.m. to 1 p.m. local time) brings travelers to Sanxia and Yingge, two districts renowned for their historical importance and traditional arts, like indigo dyeing and ceramics.

Sanxia District is a former production center of teas and dyes. The first stop at Sanxia is Qingshui Zushi Temple, one of the most beautiful places of worship in Taiwan. Visitors breathe in the sweet scent of incense at the peaceful Taoist retreat, while admiring the intricate stone carvings adorning the walls and columns.

But if travelers are searching for ceramics, wait for the next tour stop at Yingge District. Shops lining Yingge Ceramics Street offer an eclectic variety of pottery, such as earthenware tea sets and porcelain vases.

Tai-Hwa Pottery, also known as the “Palace Museum of Yingge,” features a sizeable collection of exquisite ceramics and painted sculptures. Visitors will also be able to view the manufacturing process, from the spinning wheels to the modern kilns.

Tai-Hwa is regarded as the “official” kiln of Taiwan because Taiwanese leaders frequently give Tai-Hwa ceramics as diplomatic presents on overseas trips or when they receive foreign dignitaries.

The Afternoon Tour: Modernity and History in Taipei City

Another stop is Longshan Temple, the oldest and most famous Buddhist temple in Taipei. Longshan’s interior is decorated with wall paintings, and elaborate wood and stone carvings. The roof is covered with colorful mosaic-like dragons, phoenixes, and other legendary creatures. Travelers can also find plenty of food stalls offering mouthwatering Taiwanese fare to sample.

A trip to Taipei would not be complete without a visit to the iconic Chiang Kai-shek Memorial Park, with its famous hall built about four decades ago to commemorate Chiang, who once ruled China. The park features elegant pavilions and traditional Chinese gardens decorated with waterfalls and ponds.

Walking through Democracy Square and along Democracy Boulevard, visitors are greeted by the 250-foot-high grand hall, which houses a large bronze statue of Chiang. The hall’s sapphire-blue glazed tile roof has the shape of the Chinese character “人” (meaning “people”) reaching up into the sky to signify “the joining of heaven and people.” Leading up to the hall entrance are two sets of white stairs, each with 89 steps representing the age Chiang passed away.

The afternoon tour bus will also drive past other famous sites in Taipei such as Songshan Cultural and Creative Park, Sun Yat-Sen Memorial Hall, Beimen (also known as North Gate), the Presidential Office Building, the Taipei Fine Arts Museum, and the Grand Hotel.

Want more time to enjoy the sights? Perhaps a proper trip to Taiwan is due!

The bus tour is open to travelers with seven-hour to 24-hour layovers in Taiwan before their next connecting flight. Travelers need a valid Taiwan visa, or must come from a country that is visa-exempt. Travelers can check the website of the Bureau of Consular Affairs to see if they qualify for visa-exempt entry.

What Documents Do I Need?

To register, travelers will need a passport that is valid for at least six months and a completed immigration embarkation/disembarkation card, which can be found at the airport immigration counter.

How Do I Register?

Travelers can register on-site or in advance.

For on-site registration, head over to Taoyuan International Airport’s Tourist Service Center in the arrival lobby of Terminal 1 and Terminal 2 to reserve a spot.

Travelers can also register in advance by filling in the application form and emailing it to halfdaytour@tbroc.gov.tw at least 14 days before arrival in Taiwan.

Each bus tour has 18 seats (12 seats for on-site registration and six for prior reservation). Travelers can only join one tour during each layover.