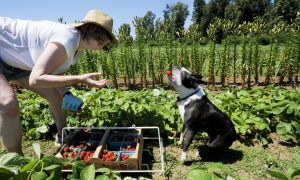 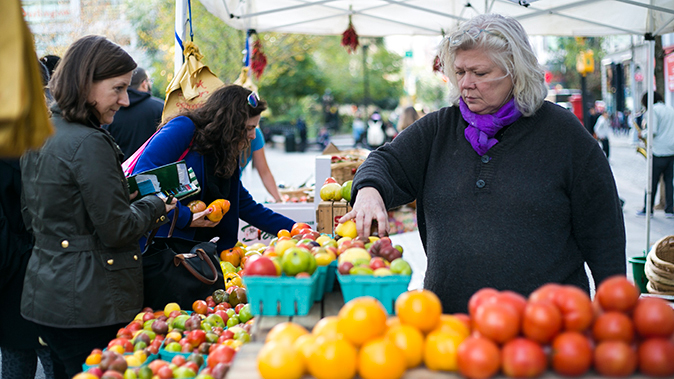 Local Farming Can Feed Most of America, Says New Study

Farmers markets and farm-to-table restaurants are all the rage today. Food made from locally grown produce is considered more sustainable for the environment, and for the people who work the land.

While many health- and environment-conscious consumers are hungry for more.

Locally grown food remains a niche market, with most of America’s food coming from large, industrial farms shipped over long distances to reach our supermarkets.

Conventionally grown produce travels an average of 1,494 miles from farm to point of sale, according to a study by the Leopold Center for Sustainable Agriculture at Iowa State University.

But researchers at University of California–Merced, recently discovered that there’s potential for more of our food to be locally sourced.

Through conducting a mapping study, researchers found that most U.S. cities can feed 80 to 100 percent of their residents with food grown and raised on farmland within a 50-mile radius.

Some large coastal cities, like New York City, have limited local food capacity—farmland within 50 miles can only support about 10 percent of its population. But if the limits were expanded to 100 miles, New York’s surrounding farmland capacity grows to about 30 percent.

Professor Elliott Campbell and graduate student Andrew Zumkehr arrived at their calculations by first figuring out how many calories someone on a typical American diet would consume, then converting that number to a figure representing the number of agricultural crops and livestock numbers that would be required to produce those calories of food (they also did this for a vegetarian diet and a meat-heavy diet).

For livestock, they made calculations based on conventional farming practices, not grass-fed methods.

Then, they mapped out all the available farmland in the country using data from the National Science Foundation, and calculated the land’s productivity using USDA (Department of Agriculture) crop yield data.

Lastly, they created an algorithm to assign nearby farmland to each city, using 50 miles as a baseline limit. If there were overlap areas between the cities, they gave priority to cities with larger populations and smaller cropland resources—as a way to maximize the potential capacity.

If more Americans switched to a plant-based diet, farmland capacity can be stretched further; a meat-intensive diet requires three times as much land as a vegetarian diet, the researchers found.

If more Americans switched to a plant-based diet, farmland capacity can be stretched further.

In a phone interview, professor Campbell said the study was not meant to suggest that we make a wholesale switch to a food production system based entirely on local farming.

That would require a complete change in the way our food is distributed to markets, and in our preferences for what to eat.

Instead, the study results provide insight into how much more we could adopt local farming. For example, New York could probably source all its summer produce from nearby farms.

“The key thing about our study is, if we were to invest those resources, if more people were interested [in local farming], could we actually do this? The answer is yes,” Campbell said.

Currently, only a small percentage of the nation’s food is produced locally. This study shows that a significantly higher proportion can convert to local.