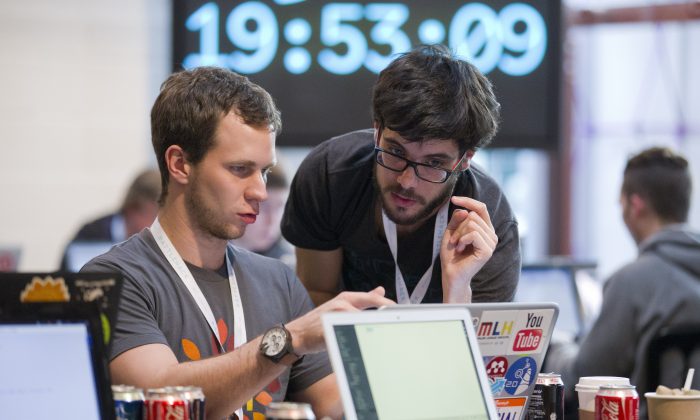 Local Ads Don’t Work If They Give Us the Creeps

Ads that pinpoint customers by their locations often creep out their targets, say researchers.

To offset that discomfort, researchers suggest advertisers invite their customers to help tailor ads they might receive.

While being physically close to a product or shop improved attitudes about local advertisements on their mobile devices, customers felt significantly better about both the advertisement and location-based advertising when they had a hand in selecting the ads, says S. Shyam Sundar, professor of communications at Penn State and co-director of the Media Effects Research Laboratory.

The perceived intrusiveness of the ad being displayed is the one thing that gives customers pause.
— S. Shyam Sundar

“What we found is when you ask the user to choose categories of ads they want to see and the ads are timely and relevant, the ads are more successful,” says Sundar, who worked with Sangmee Lee, doctoral student, and Ki Joon Kim, research professor, both from the department of interaction science at Sungkyunkwan University, Korea.

“If the advertiser knows that the user is interested in a product or service, then there is no need to offer tailoring options in order to gain user acceptance of location-based ads,” she adds.

The researchers, who release their findings in Computers in Human Behavior, find that receiving this buy-in from potential customers helps alleviate the user’s perception that the ad was intrusive.

“The perceived intrusiveness of the ad being displayed is the one thing that gives customers pause,” says Sundar. “But, if the ad is customized by them and features a high-involvement product, it is seen as less intrusive.”

Sundar says the research may help unlock the potential of local advertising on mobile devices. Advertisers previously hoped that location-based technology would help them reach customers as they were making buying decisions. However, the feeling of being tracked has hampered full adoption of the technology, he adds.

The Spy in the Ad Agency

“Advertisers are still hoping to make location-based advertising work,” says Sundar. “On one hand, people use it routinely because it’s convenient, but it also conjures up images and feelings that they are being tracked.”

Sundar says the results reinforce the theory that offering people choice increases their engagement with technology.

“The study reflects the agency model of customization—that it gives a person a sense of self and can lead to greater involvement in media content,” Sundar says. “People who have tailored their interests are more likely to process and engage with information and appreciate those offers.”

Kim says these findings offer insights not only for advertising, but also for various forms of mobile communications that use location-relevant information, such as map applications, search engines, and recommendation services.

“Our findings can help us understand how users share, process, and evaluate information on the mobile platform,” he adds.

The researchers recruited 115 university students in Seoul, Korea to take a simulated tour of a city street near the university using a 3D streetscape display. A simulated smartphone screen was displayed next to the view of the streetscape.

Participants filled out a survey of demographic information and were randomly divided into different groups to test how location, customization, and product involvement influenced their decisions.

As the participants navigated through the street, the researchers sent messages to the participants’ online smart phone displays, advertising businesses that were close or far away and products they may or may not have been interested in based on details from an initial questionnaire. Members assigned to the customization group were able to select preferred product categories after they filled out the questionnaire.

After the session, the participants filled out a questionnaire on their perceptions of and attitudes toward the ad and location-based advertising.

The National Research Foundation of Korea supported this work.