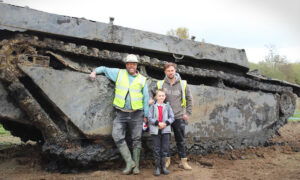 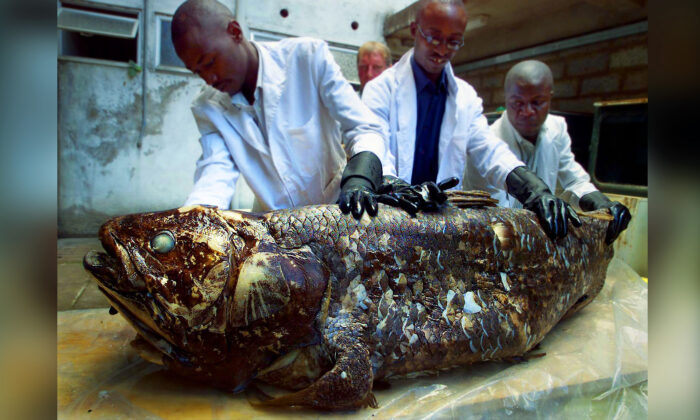 A prehistoric fish called the coelacanth was once thought to have gone extinct along with the dinosaurs 66 million years ago at the end of the Cretaceous Period.

That notion was famously shattered in 1938 when a live coelacanth was dredged up in a fishing net off the east coast of South Africa, which garnered the coelacanth the moniker of being a “living fossil.”

Now, that living artifact is offering up new surprises.

A recent discovery has shed new light on the coelacanth, suggesting that its lifespan far exceeds what scientists once thought. The fish was previously believed to have a lifespan of just 20 years.

A French study published in journal Current Biology—which examined the scales of 27 coelacanth specimens from two museum collections, counting layers of growth deposits like “the rings of a tree”—determined that this ancient swimmer actually has a lifespan of about a century.

This places the coelacanth alongside sharks in terms of pace of growth—as well as life history. The coelacanth predates the dinosaurs by roughly 170 million years, first appearing in the Devonian Period some 420 million years ago.

The study reappraised decades-earlier calculations of the species’s lifespan (based on growth deposits of a specific coelacanth scale) and discovered a misreading of five smaller lines for every larger one, thus concluding the animal to have a lifespan five times greater than previously determined.

Developmentally, this makes the coelacanth “one of the slowest—if not the slowest—among all fish, close to deep-sea sharks and roughies,” said Dr. Bruno Ernande, co-author of the study, and marine evolutionary ecologist for French oceanographic institution Ifremer.

This reappraisal also found that female coelacanths reach sexual maturity at around age 55, while their male counterparts’ mating ages range from 40 to 69 years; and, moreover, the gestation period for females spans about 5 years—making coelacanths’ pregnancies the longest of all other animals, far surpassing the African elephant’s almost 2-year gestation period, and even the frill shark’s 3.5-year pregnancy term.

These slow growers can get as large as a human, with females growing to about 6 feet (1.8 meters) long and weighing as much as 240 pounds (108 kg). They are genetically distinct from other fish in that they are lobe-finned, denoting a structural difference uncommon in most fish today.

Coelacanths are nocturnal deep-sea dwellers that live at up to 800 meters below the surface, and they inhabit volcanic caves on the ocean floor.

There are two known species of coelacanth today; one populates off the eastern coast of Africa, mainly around the Comoro Islands; the other is the Indonesian coelacanth. As both are considered endangered, scientists may only examine dead specimens that are caught, as well as fossilized remains.

The species’s surprisingly slow growth means an even greater risk is posed to their numbers.

“Our results thus suggest that it may be even more threatened than expected due to its peculiar life history,” said Dr. Kélig Mahé, Ifremer researcher and lead author of the study. “Consequently, these new pieces of information on coelacanths’ biology and life history are essential to the conservation and management of this species.”

The French scientists plan to conduct further study to determine how temperature affects the growth rate of the coelacanth.