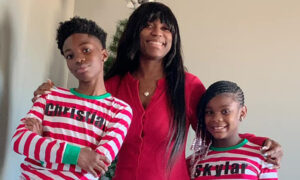 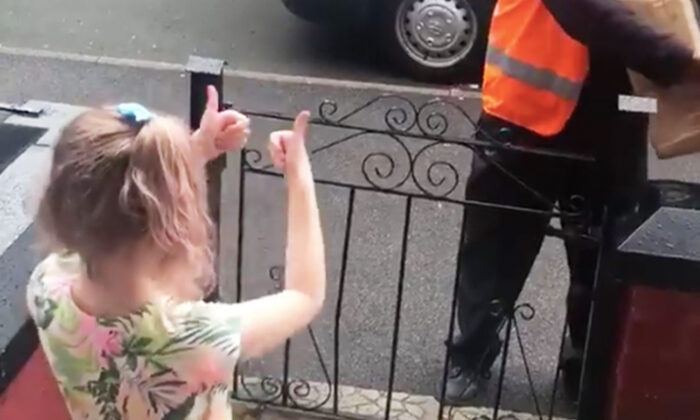 The internet is buzzing with news of an unlikely friendship between a deaf delivery driver and an 8-year-old girl, who learned to sign just so she could say hello.

After making regular deliveries to a house in Greater Manchester during lockdown during the pandemic, Tim Joseph said he was amazed when a young girl from Ashton-under-Lyne, named Tallulah, greeted him with “have a good day” in sign language.

Standing on her front porch, Tallulah greeted the driver in carefully practiced signs, and brought a huge smile to his face. He enthusiastically responded in sign language, and taught her how to say “good morning, have a good day” before giving her a thumbs up.

Tallulah’s mother, Amy Roberts, proudly recorded the exchange and shared it on social media, where the video has gone viral, with over 57,000 likes on Twitter.

According to Roberts, the pair have now become “lockdown buddies.”

“A friendship built in lockdown,” she captioned. “In a world where you can be anything #BeKind.”

Tallulah even drew a thank you card for the Hermes Parcels delivery driver, which he fondly keeps displayed in the front of his van.

“We see him 1 or 2 times a week,” Roberts wrote. “They have built up quite a friendship over these last few weeks #proudmum.”

Joseph told BBC, “Tallulah realized I was deaf and then one day she surprised me when she signed to me, ‘have a good day,’ I think she learnt sign language at school.”

He said he was delighted that she learned a couple phrases from him, mirroring his motions exactly.

“She signed it perfectly and it made my day,” he added.

Joseph was reportedly overwhelmed by the positive response on social media. In a time with so much negativity and uncertainty, he hopes that it brings as much light to others as it did to him.