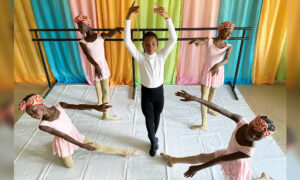 Nigerian Boy Captivates the World With His Ballet, Will Train in the US Next Year
0 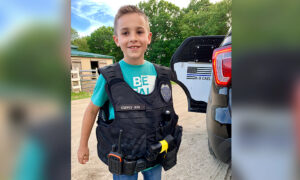 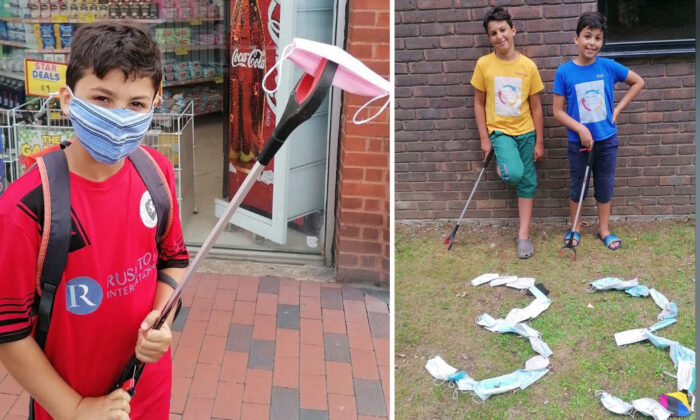 Brothers Danny, 11, and Jojo Eisawy, 9, have been picking up trash around their neighborhood in Tonbridge, England, a city southeast of London, for the past three years. Known in their community as the “Litter Kickers,” their passion for cleaning the environment is rivaled only by their love of soccer. They typically find the usual litter: plastic bottles, cans, candy wrappers, and cigarette butts. However, as their family began to emerge from lockdown, they started to find something new: face masks.

“Why on earth are people dropping plastic gloves and masks in our town?” was the brothers’ reaction when they first spotted a used face mask on the ground in May, Charlotte Raveney, their mother, told CNN.

For the young environmentalists, it was a strange discovery.

“They couldn’t understand that people are wearing these things to keep themselves and other people safe … but then as soon as you’re done with wearing it you don’t care anymore, and you drop it on the floor,” said their mother.

Discarded personal protective equipment in the environment has also become a growing problem for wildlife in several parts of the world.

Discarded masks and gloves were found in the water of beaches on the French Côte d’Azur by divers of the nonprofit Operation Mer Prope in late June. The organization, which works to save biodiversity by cleaning the oceans of the Mediterranean, warned about finding discarded PPE and hand sanitizer bottles in their sea cleanups.

In mid-July, the RSPCA brought in a young seagull with a disposable face mask tangled around its legs to the South Essex Wildlife Hospital. The mask caused the bird’s limbs and joints to swell, according to a Facebook post made by the hospital.

“We have to take this very seriously,” Julie Hellec, a spokesperson for Operation Mer Proper, told CNN. “A simple gesture like not throwing a glove on the ground is to save the planet.”

Each day, the Eisawy brothers grab their litter pickers and trash bags on a mission to see what garbage has been strewn on the streets. The disposable masks are easy to spot—they see a flash of blue and dive in with a picker to grab it.

Once it became required to wear a mask at shops, Raveney said the number of people who made the environment a waste bin for their used masks seemed to grow. Last week, when it felt like they had already cleared over 100, the brothers began to count.

“The first time he counted them they were 14. And then the next time 18. And then 22. And then 28 yesterday and 33 today. So it’s going up and up. They are everywhere you look,” Raveney shared.

The Eisawy brothers post updates on social media of how many discarded face masks they find littering the area. They hope this will bring awareness to the problem of PPE littering and the threat it poses to the environment.

The duo finds the most face masks in parking lots. But their mother says they find them everywhere along their walks especially off the shopping streets.

After finding the soiled discarded masks, the team arranges them into the shape of the number that they found for the day because they want to make a statement to their community. Afterward, they properly dispose of the litter in a trash bin and give their hands a thorough washing.

“A lot of people will walk by and ask what they’re doing and think ‘Ah, I hadn’t realized it had gotten so bad,’” said Raveney.