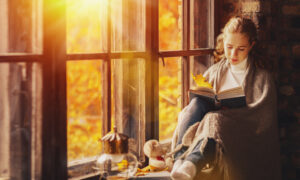 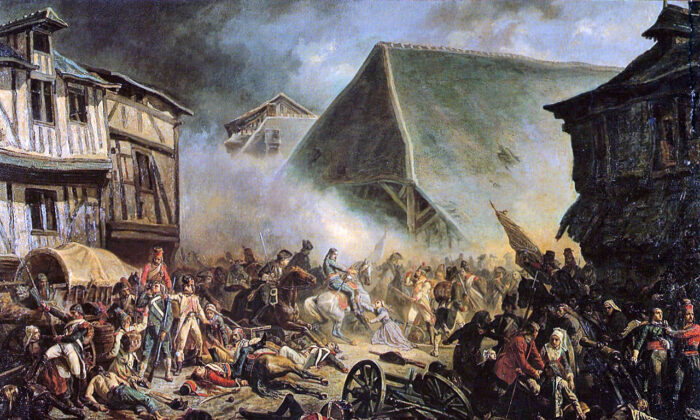 The Vendée region of western France, appalled by the revolutionaries treatment of both the king and church, took up arms against the French Revolution; the Vendée were crushed in late 1793. “Bataille du Mans” by Jean Sorieul. (Public Domain)
Literature

The stormtroopers of modernity have trampled much underfoot on their monstrous march across the historical landscape. Having abandoned the lessons of the past in the reckless pursuit of an imaginary future, these slaves of the Zeitgeist have killed millions in the name of a mythical progress.

Not to be outdone, the Chinese communists also killed tens of millions in the name of this same deadly progressivism. In Germany, another form of socialism raised its ugly head in the form of the National Socialists. The hideous legacy of these modernist creeds can be seen in the ghastliness of the guillotine, the gulag, and the gas chamber.

In addition, the onward march of technology has bestowed upon modernity unprecedented power to build weapons of mass destruction. In the past century, the spirit of modernity has overseen the techno-butchery of two world wars, adding tens of millions to modernity’s body-count, culminating in the dropping of atomic bombs on two cities.

In recent decades, modernity has ushered in a culture of death in which systemic infanticide is allowed and even enforced, making war on the weakest in the name of “progress.”

In the midst of modernity’s mayhem and madness, the power of literature has often raised a powerful reactionary voice.

Back in the early days of modernity, Jonathan Swift satirized the dangers of scientism in “Gulliver’s Travels,” a work which might be considered the progenitor of science fiction. Swift introduces us to weird alien creatures, such as the platonic equine houyhnhnms and the bestial humanoid yahoos, and presents us with the “scientific” wonders of floating islands and the “scientific” blunders of mad scientists.

Swift was not writing merely to exercise a scientific imagination but to exorcise the nonsense of modernism and scientism, the latter of which might be defined as the idolizing of the physical sciences as the arbiter of all truth.

Swift, a profoundly tradition-oriented Christian, uses science in his fiction to expose the follies of the emergent scientism of his day. In doing so, he established a tradition, which many authors followed, in which science fiction, for all its use of science in the modern sense, is informed by science in the older, traditional sense. It is philosophy that informs and inspires the best science fiction, regardless of how many spaceships, time machines, and five-legged aliens are employed in the plot.

Mary Shelley, in “Frankenstein,” depicted scientism as a monster, which devoured the innocent before finally destroying itself and its practitioners. This fascinating novel, written by a teenage girl, continues to grip the popular imagination, for all its flaws, because it grapples with perennial questions about the relationship between scientific knowledge and moral philosophy. It is still alive as a literary work, more than two centuries after it was written, because it wrestles with fundamental questions of life and death. It is larger than life because it grapples with the culture of death

Against Inherent Ills of Society

Charles Dickens raised a powerful voice, decrying the heartlessness of industrialized materialism in both its capitalist and socialist forms, echoing William Blake’s disdain for the “dark satanic mills.” “A Tale of Two Cities,” his bestselling novel, with sales exceeding 200 million, is an exposé of the wickedness of a socialist revolution, as well as a timeless tale about the triumph of selfless love over the wickedness of the age.

In the 20th century, the reactionary voice was raised in the cautionary dystopian fiction of Robert Hugh Benson in “Lord of the World,” Aldous Huxley in “Brave New World” and George Orwell in “Animal Farm” and “Nineteen Eighty-Four.” These novels present us with visions of the bad-place (dystopia) that could become reality if certain inherent tendencies in our own world are not countered and checked.

In Benson’s dystopia we see the dangers of secularism and the rise of the popular demagogue; in Huxley we see the dangers of hedonism and the heedless numbness of comfort-addiction; in Orwell we see the inherent corruption in socialist revolution and the ominous potential that the modern world presents for global tyranny. In these cautionary scenarios of the way things could be (dystopia), we are inspired to a better understanding of the way they should be (eutopia).

The war poets, especially Siegfried Sassoon and Wilfred Owen, exposed the hideous ugliness and inhumane butchery of the industrialized warfare made possible by technological “progress.” In “The Litany of the Lost,” Sassoon derided those aspects of “progress” which had a regressive impact on humanity:

In breaking of belief in human good;
In slavedom of mankind to the machine;
In havoc of hideous tyranny withstood,
And terror of atomic doom foreseen;
Deliver us from ourselves.

Another poet, Edith Sitwell, expressed similar horror in “The Shadow of Cain,” the first of her “three poems of the Atomic Age”:

“We did not heed the Cloud in the Heavens shaped like the hand Of Man . . . . But there came a roar as if the Sun and Earth had come together – The Sun descending and the Earth ascending to take its place above . . . . [T]he Primal Matter Was broken, the womb from which all life began. Then to the murdered Sun a totem pole of dust arose in memory of Man.”

In “A Canticle for Leibowitz,” Walter M. Miller depicted a world in which a nuclear holocaust had brought the madness of modernity to an abrupt and violent end and in which perennial truth had shown itself resilient to such extreme devastation, rising like a phoenix of faith in God and man from the ashes of godless nihilism and inhuman scientism.

In “The Man Who was Thursday,” G. K. Chesterton revealed how ideas have consequences and, more to the point, how bad ideas have bad consequences, showing how nihilism annihilates goodness, truth, and beauty. More important, however, Chesterton’s novel reveals the light that annihilates nihilism itself.

In his “Space Trilogy,” C. S. Lewis exposes the demonic heart of materialism and the diabolical consequences of scientism, as well as showing how authentic self-sacrificial love, and especially marital love, is the antidote to the poison of modernity.

In perhaps the greatest poem of the past century, “The Waste Land” by T. S. Eliot, we see how modernity has produced “hollow men,” heartless and headless, who are heedless of the deeper truths that sustain human flourishing.

In Russia, the works of Dostoyevsky prophesied the dangers of nihilistic ideology and the works of Solzhenitsyn exposed the horrors of Soviet tyranny. Solzhenitsyn’s “One Day in the Life of Ivan Denisovich” shows how men are crushed under the “progressive” jackboot but also how the human spirit can triumph over the most inhumane of political systems.

As these great works remind us, literature sees beyond modernity, transcending time with its timeless insights and shining forth the light of beauty so that we can see glimpses of the goodness that reigns beyond all darkness, and the truth that transcends every lie.

Joseph Pearce is the author of “Solzhenitsyn: A Soul in Exile” (Ignatius Press).