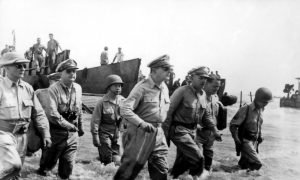 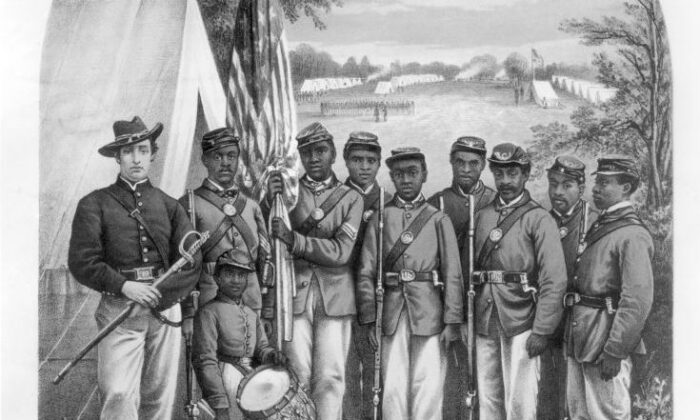 Songs were a popular way to document the Civil War. Part of the lithograph cover of sheet music to “Hymn of the Freedman." (Archive Photos/Getty Images)
Traditional Culture

Listening to History: Songs of the Civil War and What We Can Learn

Throughout American history, our wars have either popularized or produced songs that remain familiar to us today.

The American Revolution brought us many songs, but only “Yankee Doodle” has stood the test of time. Sung to an old tune and written originally as a song of English derision aimed at Americans during the French and Indian War, patriots of the Revolution took the song for their own, changed the words, and proudly played and sang it in their encampments. “Yankee Doodle” remains the state song of Connecticut.

The War of 1812 gave us our national anthem. World War I brought hits like “Over There” and “Pack Up Your Troubles.” American soldiers, sailors, and airmen in World War II knew the lyrics to such hits as “I’ll Be Home for Christmas,” “Praise the Lord and Pass the Ammunition,” “Lili Marleen,” and “The White Cliffs of Dover.”

The Vietnam War found more soldiers listening to music than singing it, but even then they had their favorites, like Barry Sadler’s “The Ballad of the Green Berets” and protest songs like “I-Feel-Like-I’m-Fixin’-to-Die Rag” and “We Gotta Get Out of This Place.”

But surely the songs of the American Civil War top the playlist of titles still remembered today.

The commanders and generals of the Union and Confederate armies valued music. Most regiments sported brass bands, and singing around the fires in the camps was a favorite pastime of the soldiers of both North and South. Several times, when their lines were close together, the bands struck up tunes for men on both sides to enjoy.

Music woke the soldiers in the morning, called them to mess, and put them to sleep at night. “Taps,” for example, became popular after Union General Daniel Butterfield took an old version of the tune and shaped it into its present form. “Taps” was adapted by both the Union and Confederate armies, and it is played today at various military funerals and ceremonies honoring the dead.

Abraham Lincoln once wrote to George Root, who composed more than 30 songs about the war, “You have done more than a hundred generals and a thousand orators.” Union General Phil Sheridan once said, “Music has done its share, and more than its share, in winning this war,” and was seconded in this opinion by Robert E. Lee, who stated, “I don’t believe we can have an army without music.”

And much of that Civil War music became an enduring part of our cultural heritage.

Songs From My Childhood

When we were kids, my brother and I played “Civil War” along with some friends in the woods and fields near our house. We’d charge each other, shooting toy guns and throwing dirt clods and sticks at each other as bombs. Inside the house, we’d line up armies of the Blue and the Gray, and have our plastic soldiers do battle by throwing some small object—a wadded-up piece of paper, a broken pencil—at the enemy force, with the winner being the guy with the last soldier standing.

One Christmas, our parents gave us two record albums: “The Union” and “The Confederacy.” Over and over again, we listened to these albums, learning the words not just to popular songs like the “Battle Hymn of the Republic” and “Dixie” but also to pieces unfamiliar to us, like “The Invalid Corps” and “The Conquered Banner.”

These albums also contained General Lee’s “Farewell Address” to his army and Abraham Lincoln’s “Gettysburg Address.” Repetition put both speeches into my mind, and I can still stumble through these addresses 60 years later.

Some have criticized these albums and the man who arranged the music, Richard Bales, as being inauthentic with their cantatas and orchestral pieces, but for my brother and me the songs on these records were platinum gold.

A Sad Story of War

We can see the enormous impact of music on those soldiers of long ago in an incident that took place in the winter of 1862–1863 at Fredericksburg, Virginia. In a booklet accompanying “The Confederacy”—I bought this boxed CD years ago at a library book sale—historian Bruce Catton describes the gathering one evening of some Federal bands on the banks of the Rappahannock River just across from the Confederate army: “The Northern bands played Northern war songs, of course—‘John Brown’s Body,’ ‘Rally ‘Round the Flag,’ and the favorite tear-jerker of the sentimental Yankee soldier, ‘Tenting Tonight.’”

Catton then describes how the Confederates called across the river, “Play some of ours,” and the Northern bands obliged by giving their adversaries “Dixie,” “The Bonnie Blue Flag,” and other Southern favorites.

But here’s the part of this concert that always breaks my heart.

At the end of the evening, Catton tells us, all these bands broke into “Home, Sweet Home.”

“Federals and Confederates tried to sing the song, which spoke of everything that they had left behind—of everything that so many of them would never see again—while the smoke of the campfires scented the winter dark and all the guns were cold. They tried to sing but they could not do it, because they all choked up and sat there with tears running down their tanned cheeks while the trumpets reminded them of what lay on the other side of war.”

Like their Victorian counterparts in England, Americans in the mid-19th century were unabashedly sentimental. Home, motherhood, and children were celebrated in their poetry, stories, and songs. Because death was more familiar in that era when young and old often took their last breath at home, poems and songs about that subject, particularly about the passing away of a child, were also favorites.

The soldiers of the North and South were no different from their contemporaries. These roughened soldiers were touched not only by “Home, Sweet Home” but also by many other songs that bore them in their imaginations away from the battlefield and carried them home to loved ones.

Here, for example, is the beginning of a song particularly popular with Northern troops, George Root’s “Just Before the Battle, Mother”:

Just before the battle, mother,
I am thinking most of you,
While upon the field we’re watching
With the enemy in view.

And here’s the chorus:

Farewell, mother, you may never
Press me to your heart again,
But, oh, you’ll not forget me, mother,
If I’m numbered with the slain.

A Southern favorite was “Somebody’s Darling”:

American blacks added to this rich exchange of music. Many former slaves fled during the war to what were called contraband camps in Washington, D.C. We have accounts of Abraham Lincoln visiting those camps, joining in their prayer services, and singing such spirituals with them as “Swing Low, Sweet Chariot,” “Free at Last,” and “Go Down Moses.” Lincoln “wiped tears from his eyes at the singing of ‘Nobody Knows the Troubles I’ve Seen.’”

In addition, by the end of the Civil War, nearly 200,000 African Americans had served in the Northern army and navy.  They too sang these songs of freedom, introducing them to the white soldiers in other regiments.

One of the more popular songs among black and white troops of the Union armies was “Kingdom Coming,” or “The Year of Jubilo” as it was also called. Though rarely sung today because it was written in dialect, the song mocked Southern slave owners and celebrated freedom for slaves.

From the war there was born, I believe, the merging of black and white musical culture.

Learning From Our Musical Heritage

When I used to teach American history to seminars of homeschooling students, I had the students learn some of these songs as well as others from different periods of our past. I even considered teaching a course that would approach American history through song by listening, for example, to “Sweet Betsy From Pike” to study the movement of settlers westward or “Brother, Can You Spare a Dime?” as a kickoff to learning about the Depression. Kids love music, and it seemed a great way to approach the story of our nation, but I never followed through on this ambition.

Some more contemporary writers and performers have also given us marvelous songs about our past. Of these, Johnny Horton first comes to mind. His songs about our history—“The Battle of New Orleans,” “Johnny Reb,” “North to Alaska,” “Comanche,” and others—could be brought into the classroom and would help students understand and remember people, places, and events.

And the marvelous thing is that we live in an era when we can find all this music online. A few taps on the keyboard, and we can travel back in time to the War Between the States and listen to the “Battle Hymn of the Republic,” “When Johnny Comes Marching Home,” or “I’m a Good Ol’ Rebel.”

Whether you want to help your young people deepen their knowledge of our American past or whether you yourself just want to go exploring our history, I can think of few better ways to accomplish these goals than by using music. Listen to the songs, read about them, their composers, and the times in which they were written and performed, and you’ll be off on a special American adventure.