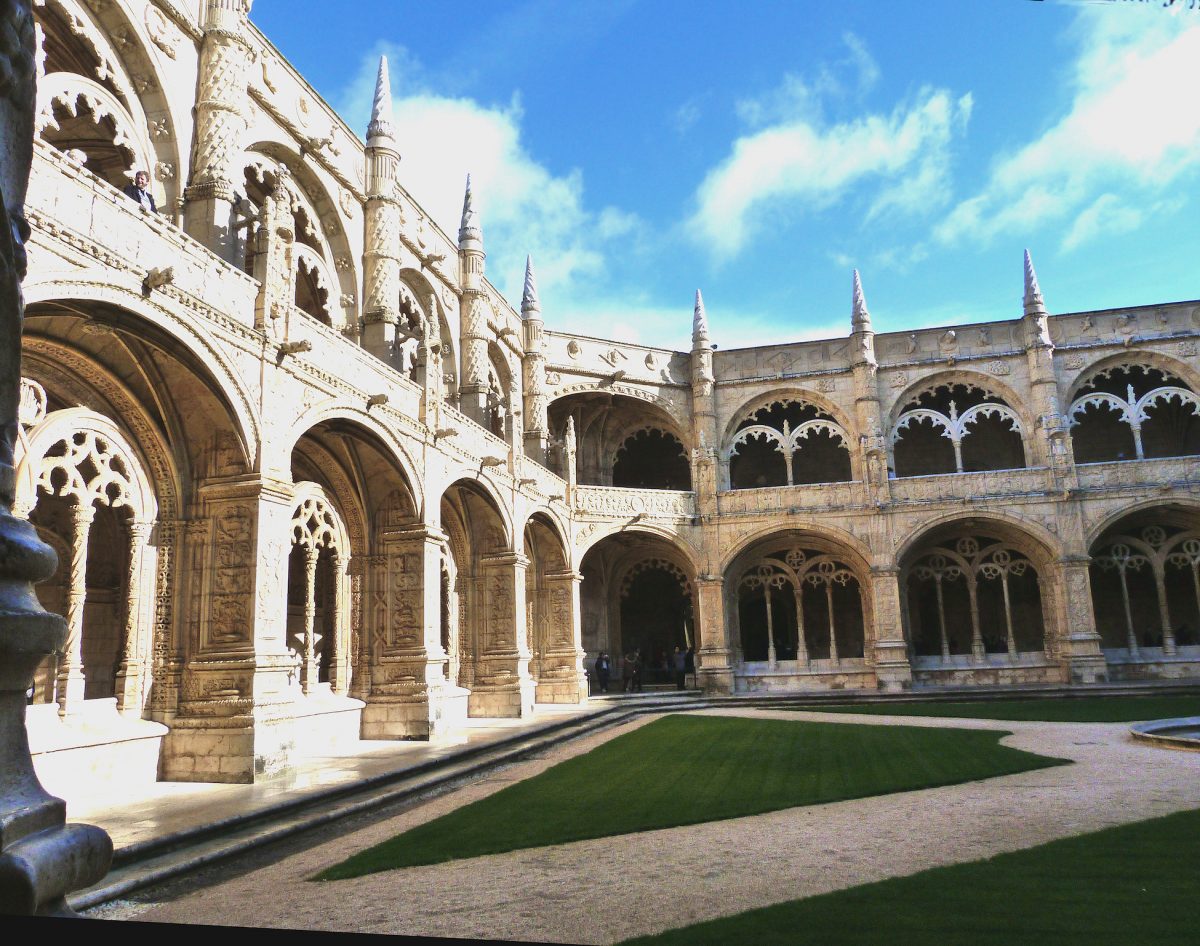 Lisbon, the Heart of Portugal

In the many years since I first visited Lisbon, the city has grown to become one of Europe’s major tourist cities. Returning during the festive season to see the city dressed in its holiday finery and the streets crowded with merrymakers of all ages was indeed a delightful redux.

Portugal’s location on the western edge of the Iberian Peninsula, with the Atlantic Ocean literally at its door, has bred a seafaring tradition that eventually led the Portuguese on voyages of discovery around the world and made them the financial envy of Europe.

It all began hundreds of years earlier in the 7th century, when the Moors invaded the Algarve, the southernmost region of Portugal. By 1249 the Portuguese had reconquered the Algarve and confidently set their sights on exploration and expansion. Prior to that, fearing the Earth was flat and afraid they would fall off, or even worse, be eaten by sea monsters, little sea travel had been attempted. But it was reasoned that the Moors had come from somewhere else, so maybe there were other “somewhere elses” to discover.

Prince Henry, through his Mother Philippa of Lancaster, could have worn the Crown of England but preferred sailing to politics, which turned out to be a serious miscalculation since he suffered from unrelenting seasickness. However, in 1394 he invented the triangular maneuverable sail, and ergo “Prince Henry the Navigator” was off to Africa.

Henry is credited with ushering in both Portugal’s Age of Discovery and the profitable Atlantic Slave Trade. In 1497 Vasco da Gama sailed to India, and in 1500, Pedro Álvares Cabral “discovered” Brazil but thought it was India (he got confused and sailed in the wrong direction).

To commemorate all these voyages is the impressive Monument to the Discoveries on the banks of the Tagus River estuary in Lisbon, looking out to the seas that were conquered by these intrepid explorers.

Further along the riverbank is the dramatic Belém Tower, built as one of a series of defensive fortifications to protect the harbor from invasion. Now it’s a solitary sentinel standing tall against the beautiful Portuguese sky and inviting tourists from around the world to hail it as a symbol of the country.

Not far away is the UNESCO World Heritage Site of the Jerónimos Monastery, an impressive example of Manueline architecture. Built with profits from the spice trade during the Age of Discovery, the monastery is in the late Gothic style and took 80 years to complete. St. Jerome, along with his many literary accomplishments, was credited with translating portions of the Hebrew Bible into Latin during the years 390-405 A.D.

Our tour of Lisbon also took us to the 16th-century Arab-inspired Alfama District, whose labyrinthine streets were intentionally obfuscating in order to confound any unwanted visitors. Thankfully we had a guide who could precisely navigate the area.

Lisbon is built on a series of hills, many of which are traversed by trams. Originally imported from San Francisco in the 19th century before electricity, the trams were pulled by bulls, but once electricity came in, the bulls were out-sourced … possibly to the bullring.

On Sunday morning of All Saints Day in 1755, Portugal was rocked by a massive earthquake. Most of the devout Roman Catholic population of Lisbon was in church and initially feared they were being punished by an angry God. To escape the collapsing buildings, the people ran to the open spaces by the river, which had mysteriously disappeared. Suddenly a 40-foot-high wall of water rushed in, swallowing thousands of people and inundating the city in one of the largest tsunamis ever recorded. Candles burning in the churches lit the rubble on fire, so whoever did not die in the initial collapse of buildings was drowned by the ensuing waters or the fires that followed.

The loss of life and destruction of the city was massive, but even more devastating was the loss of faith in a merciful God, and for the first time—in a world filled with superstition and the belief in the power of the Catholic Church—dawned the understanding that natural phenomena was outside the scope of man’s belief in the Almighty.

We visited Igreja de São Domingos in the town center, which before the earthquake was one of the largest churches in Lisbon. Its fire-scorched interior stands as a reminder of the awesome power of nature.

It was decided that as the city was rebuilt, exteriors would be adorned by colorful tiles to brighten up the fire-scorched buildings, and the streets and squares would be adorned with beautifully tiled decorations called Calçada Portuguesa. These embellishments are landmarks of Lisbon and account in large part for the beautiful city we see today.