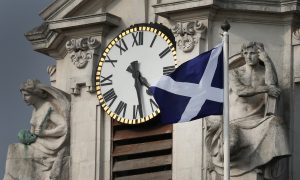 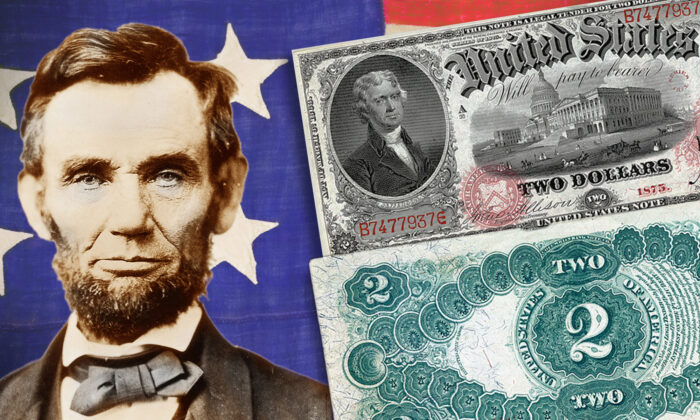 Lincoln’s ‘Greenback’ Notes Saved America Once–but Can They Save It Again Now?

When history books are written by a corrupt elite establishment, when they hold all the power, that which threatens their hold on power if often whitewashed, omitted, and purged.

Though not widely known, the power struggle to determine who will coin the United States’ currency was a prime consideration in the American Civil War. It is the story of how a paper note called the “Greenback,” invented by Lincoln, allowed him to gain the upper hand in that war, to save America against foreign forces that were poised to tear her apart.

Of course, we know that Lincoln succeeded by winning the war, but he was unable to free America from those hostile forces for long. Lincoln was assassinated, and the corrupt establishment slithered its way back into the system to do even more damage, as they will do.

This is a lesson from history that we as a nation stand to learn from, particularly amidst the impending global crises of today.

The abolition of slavery is often cited as the main objective of the Civil War—a moral realization of the Declaration of Independence’s assertion that “all Men are created equal.” But like most wars, which are complex, the Civil War’s objectives were manifold, and the role of a corrupt global establishment of those days is often played down or left out.

It is known that division was sewn to pit North against South (much like how division is often sewn in society today). Lincoln was forced to win the  war in order to overcome this division, and saving the Union in order to stand united America’s true enemies was likely his main objective.

“I believe this Government cannot endure, permanently half slave and half free,” Lincoln stated on June 16, 1858. “I do not expect the Union to be dissolved—I do not expect the house to fall—but I do expect it will cease to be divided.”

So, who were the the corrupt global establishment that sought America’s demise?

Lincoln knew that a divided nation would be unable to stand up to the financial elites of Europe who sought to enslave America. A quote by then-German Chancellor Otto von Bismarck explained how larger powers planned to split the rich new nation and force Lincoln into the war:

“I know of absolute certainty that the division of the United States into two federations of equal force was decided long before the Civil War by the high financial powers of Europe. These bankers were afraid that the United States, if they remained as one block and were to develop as one nation, would attain economic and financial independence, which would upset the […] domination of Europe over the world.”

In a Pinch: Lincoln Stumbles on the Secret of Money, Which Would Free Her From Enslavement

Lincoln needed money in order to win, unite the nation, and face her true enemies in solidarity.

So he, along with Secretary of Treasury Salomon P. Chase, traveled to New York to seek loans from what he hoped were patriotic American bankers. But, wanting Lincoln to fail, they offered the extraordinarily high interest rate of 36 percent. Lincoln refused and returned to Washington, depressed.

“Why, Lincoln, that is easy; just get Congress to pass a bill authorizing the printing of full legal tender treasury notes … and pay your soldiers with them and go ahead and win your war with them also […]

“They will have the full sanction of the government and be just as good as any money; as Congress is given that express right by the Constitution.”

So, in 1862 and 63, the American government printed $450 million of its own paper currency, paid their troops, and bought supplies, all created with no interest to pay. They would owe no outside institution such as a central banking establishment, which is not elected by the people and does not serve their interests.

The special notes were printed with green ink on the back and a red seal on the front to distinguish them from debt-based money, hence the name that was coined: Greenbacks.

Lincoln would soon come to realize that a simple yet priceless principle—that government-printed currency, backed only by good faith—leads to unprecedented stability and prosperity for the nation. In a speech to Congress in 1865, he said:

“The privilege of creating and issuing money is not only the supreme prerogative of Government, but it is the Government’s greatest creative opportunity.

“By the adoption of these principles […] the taxpayers will save immense sums of interest. Money will cease to be master and become the servant of humanity.”

Lincoln succeeded in winning the American Civil War and preserving the Union. Yet even still, he was unable to prevent the scheme that followed after he was assassinated.

On April 14, 1865, 41 days after his second inauguration and just 5 days after the South’s General Lee surrendered, Lincoln was shot dead by John Wilkes Booth—who was later revealed to be a mercenary of the international bankers, according to attorney G. G. McGeer, per The Vancouver Sun in 1934.

McGeer said that the bankers feared Lincoln’s “national currency program,” and that they “fought him throughout the Civil War on his policy of greenback currency.”

A Prediction of ‘Wars and Chaos’ Come True?

“The death of Lincoln was a disaster for Christendom. There was no man in the United States great enough to wear his boots […] I feat that foreign bankers with their craftiness and torturous tricks will entirely control the exuberant riches of America, and use it systematically to corrupt modern civilization. They will not hesitate to plunge the whole of Christendom into wars and chaos in order that the earth should become their inheritance.”

With Lincoln out of the way, a post-Civil War depression soon “convinced” the people that a centralized banking institution was needed, and America’s new central bank, the Federal Reserve, was established in 1913.

The decades that followed brought historic misery: the Great Depression; the Communist revolutions in Russia, China and elsewhere; two World Wars; the Korea and Vietnam Wars; and finally today’s global monetary crisis. Together, these have caused hundreds of millions of deaths and untold suffering.

A Lesson for Today

Little is written or reported about the roles that central banks and the global establishment played, both then and now, but it is becoming clearer how nations can protect their sovereign rights through maintaining a sound monetary system, not based on debt, created for the people.

In order to do that, we will have to first break free of the iron grip of the establishment’s currency monopoly. Lincoln’s Greenbacks once sent shock waves throughout the global banking system of his day. Something along those lines in principle in today’s system could be the key to securing future freedom and potentially unlimited prosperity.