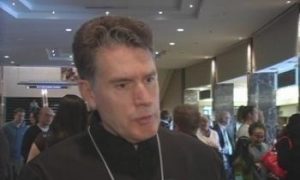 Calgary MLA: Shen Yun 'is giving the world a gift of peace, a gift of art, a gift of culture'
0 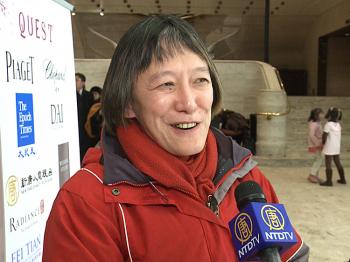 Shen Yun Has a ‘Great history behind it’ Says Chinese American

Mr. Wein noted that the show was "excellent."

Of the synchronization between the dancers and the music, he said it was "very well choreographed" and "very well rehearsed."

Mr. Wein said that he had brought his mother and wife to the show so that they could both increase their appreciation for traditional Chinese culture.

Shen Yun encapsulates China's 5,000-year-old culture before the rise of communism and before the country's traditions and values were destroyed during the Cultural Revolution between 1966 and 1976.

Mr. Wein said that the show was "very professional," and "something Lincoln Center should be proud of."

Mrs. Wein, who is Chinese-American, said that while watching Shen Yun she could indeed appreciate traditional Chinese culture, and that she learned about the "great history behind it."

The orchestra of Shen Yun is comprised of both Western classical and traditional Chinese instruments.

"The music was just great, it really was," she added.

Ruth Wein also weighed in on what she thought of the Shen Yun performance. "The choreography was superlative, and the costuming was really very beautiful and imaginative," she enthused.

The Opening of Heaven's Gates, the final performance of the show, was "very informative for me," she said.

Shen Yun is "a very generous gift," Ruth Wein said. "I am really delighted that we came."

With reporting by Isabella Murphy and Jack Phillips.