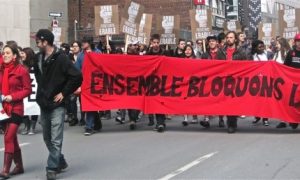 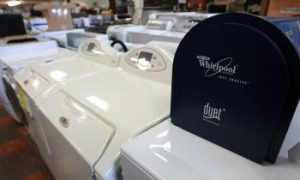 Visit msnbc.com for breaking news, world news, and news about the economy

Made from wood, chicken wire, and paper-mâché, the six-foot-tall Barbie is dressed in Slayen’s clothes from the high school years, when Slayen herself was battling with anorexia. Her own experience with eating disorders and body image, and the experiences of other adolescent- and college-aged girls, inspired her to create the life-sized Barbie for National Eating Disorder Awareness Week (NEDAW) four years ago.

Now a student at Hamilton College, Slayen reintroduced her creation in 2011 for the college’s first NEDAW to provoke further discussion on eating disorders. Reactions from fellow students include admitting the shame they felt in seeing the extreme proportions of the Barbie.

On Monday, Today invited Slayen and Leslie Goldman, a health writer and body image expert, to talk about the Barbie.

“My goal of [creating the] Barbie is to create discussion. You can’t ignore her,” Slayer said on Today.

She also added that her views on body image as a young girl “would always come back to this ‘Barbie’-perfect,” but Slayen and Goldman both agreed that in addition to Barbie, multiple other forces in society are to blame for causing eating disorders.

She added that when family members express concerns about their own body images, young children “soak that up.”