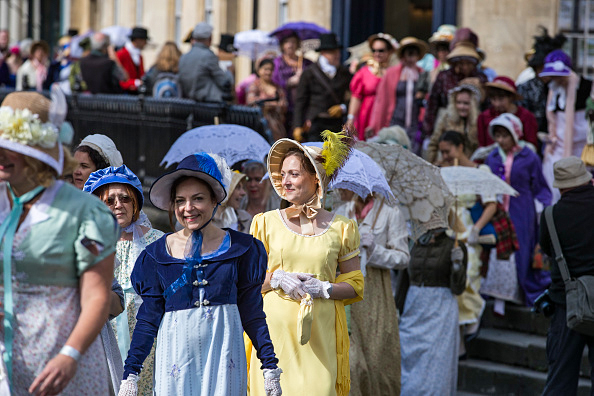 Let Me Persuade You to Read Something About Prudence and Kindness: Jane Austen’s ‘Persuasion’

A book can’t be judged by its cover, true, but it should be revealed by its title. Jane Austen’s “Persuasion” is a perfect example, for the title is an expertly set diamond, reflecting the plot of the novel, its theme, and its meaning. Persuading is THE action of the novel, and it is an action that uncovers the meaning of the virtues of prudence, kindness, and their connection.

The heroine of “Persuasion,” Anne Elliot, is a master of every kind of persuasion: by word and example, and even, as we see in the beginning, by silence.

Sure, her goodness seems to be wasted on a family with a vain, uncaring, and pompous father and an even vainer and more uncaring sister. She has little in terms of comfort besides the children of her other sister, a hypochondriac, and her rather boorish brother-in-law.

To make things worse, the family finances are spinning out of control due to their spendthrift ways and lavish lifestyle. Anne does what the family will let her do, which is to listen, speak well of the other people who are being bashed behind their backs, and subtly encourage her family to act with more restraint in their desires and more kindness in their attitudes.

Don’t underestimate this quiet way of Anne’s. After she employs her gentle manner of conversation, it is not to her taste to waste more energy and emotion in direct confrontations with people who refuse to be guided by her.

Rather, she talks to the family friends who in turn can influence the family: family friends such as Lady Russell, a neighbor who actually has some sway with her profligate father and older sister. Austen suggests that the financial security of Anne’s ungrateful family, at the end of the novel, is indirectly a result of Anne’s quiet wisdom.

But this is all a sideshow. The main plot of the book is Anne’s winning back the man she loved and lost. Before the events of the book took place, Anne fell in love with a young sailor and was engaged to be married. However, she was then pressured to break off the engagement, due to his lack of fortune and connections, by her one real confidante and friend, Lady Russell. Seven years later, the young sailor is now war-hero Capt. Wentworth.

A Story of Romance

When we first meet Wentworth, he thinks that Anne rejected him out of her weakness and cowardice. Anne first endures his prejudice; nothing could be wiser, for Wentworth will not listen to her. Then she appeals by example, as her strength of character and magnanimity shine out in a crisis.

At last it comes to words, as Anne convinces him that what he thought was weakness was in fact virtue. She gently points out that his whole idea of just about everything having to do with the relationship between men and women is quite lacking.

Now, what is persuasion but the art of rhetoric, and what is this art, in its highest and noblest form, but the appeal to the virtue of prudence. Wisdom sees the good, reason makes conceptual progress toward this good, and prudence is the application of this progress to the real world.

Rhetoric is always about communicating in such a way as to move people to act, and prudence is that virtue which brings wisdom and reason into action.

In the novel, persuasion is the engine of the plot, and prudence is the virtue that fuels this movement. You’ll see, in Anne’s relationship with Lady Russell, that while there is prudence in trusting one’s elders, there is later and greater prudence in realizing that one’s elders might have been mistaken.

Anne’s kindness to an old schoolmate, in spite of her father’s and sister’s snobbishness, ends up proving the prudence of being kind to all, even if it risks one’s looking foolish to the outside world.

There’s the prudence that maintains calm and masters an emergency, as in Anne’s quick thinking when a friend has a bad fall. You will realize how calm and quick-thinking she must be, if you ask yourself how well you would perform in a crisis. Consider also, that the crisis occurs in the uncomfortable situation of her old flame being present, and the old flame is one whom she still secretly loves with all her heart!

You will also witness the prudence of holding one’s tongue in many circumstances, and releasing it passionately in a few. Most importantly for this storyline, there’s the prudence of an honest, well-considered first love that is able to endure: In Anne Elliot’s own words, the love that, slow and steady as it seems to be, is the one that loves “longest, [even] when existence or when hope is gone.”

Passion and prudence, far from being enemies, are the best duo possible, if the one you love is really worthy—a person who is truly good as well as attractive.

Examples of the Virtue’s Opposites

Perhaps even more valuable for readers than all these examples of prudence is the characterization of imprudence: the imprudence of having contempt for one’s love just because she does not do what you want, and the imprudence of impatience. These are Capt. Wentworth’s.

The importance of prudence was surprising then, and it is probably more so now in a world when people tend to think, more and more, that “power” is all that matters. Such thinking would make prudence important only as a way of using reason to gain more power, and the “power move” often means being unkind.

But Jane Austen adds her harmony to the melody of the Western tradition, encapsulated in this quote from the Bible: “Knowledge puffeth up; but charity edifieth.” Not only is knowledge powerless, but even power is powerless without charity.

The Practicality of Kindness

True kindness is the most prudent course. (I refer to “kindness” in its pure state—not as in the fake meaning where you slap on a mask and consider yourself a saint, but as in actually helping other people.) Ultimately, kindness is what we need most, and if we need to be persuaded of anything, it is to be kind; it is the most practical thing to practice.

As well as pointing out how kindness helps us on the way to happiness, Austen also shows how kindness can help us recognize and avoid unkindness, which helps one avoid unhappiness. This critical point is underlined repeatedly in the latter part of the book. Anne’s repugnance for unkindness saves her from getting trapped in a relationship with William, a man who is handsome and rich, but selfish.

While “Persuasion” has a happy ending, it is important to note that Austen was no starry-eyed dreamer disconnected from reality. The happy ending is not inevitable, because prudence and kindness alone are not enough to make one’s life happy in the full sense of the word.

At the beginning of the book, a sort of happiness is available to Anne: her wry observations to herself, the great poetry she reads, and her pleasure in the natural world. Nevertheless, for most of the story, she is neglected and ignored by her family, scorned by her beloved, and as far as society is concerned, on her way to becoming an old maid.

Romantic love is a very high happiness, and it is a happiness that requires not one, but two virtuous people. The suspense and drama of the novel is largely about the question of whether Wentworth will rise to Anne’s level and make her happiness complete. Anne’s kindness is necessary, but it’s not sufficient to make her happy.

While happiness for the kind and prudent is not inevitable, unhappiness without prudence and kindness is. No wealth, rank, or social position seems to satisfy the characters who don’t do the prudent thing: be kind.

These are especially important considerations in our time, when “equality of outcome” is a slogan and when that outcome is evaluated only in terms of wealth, rank, and social position. This is not to denigrate the pursuit of any of these things but, without virtue, we are unable to enjoy them, anyway.

Be kind and prudent, and learn something of what kindness and prudence mean by reading “Persuasion.”

Paul J. Prezzia
Follow
Paul Joseph Prezzia received his M.A. in history from the University of Notre Dame in 2012. He now teaches at Gregory the Great Academy and lives in Elmhurst Township, Pa. with his wife and children.
SHARE
Friends Read FreeCopyFacebookTweet
You May Also Like