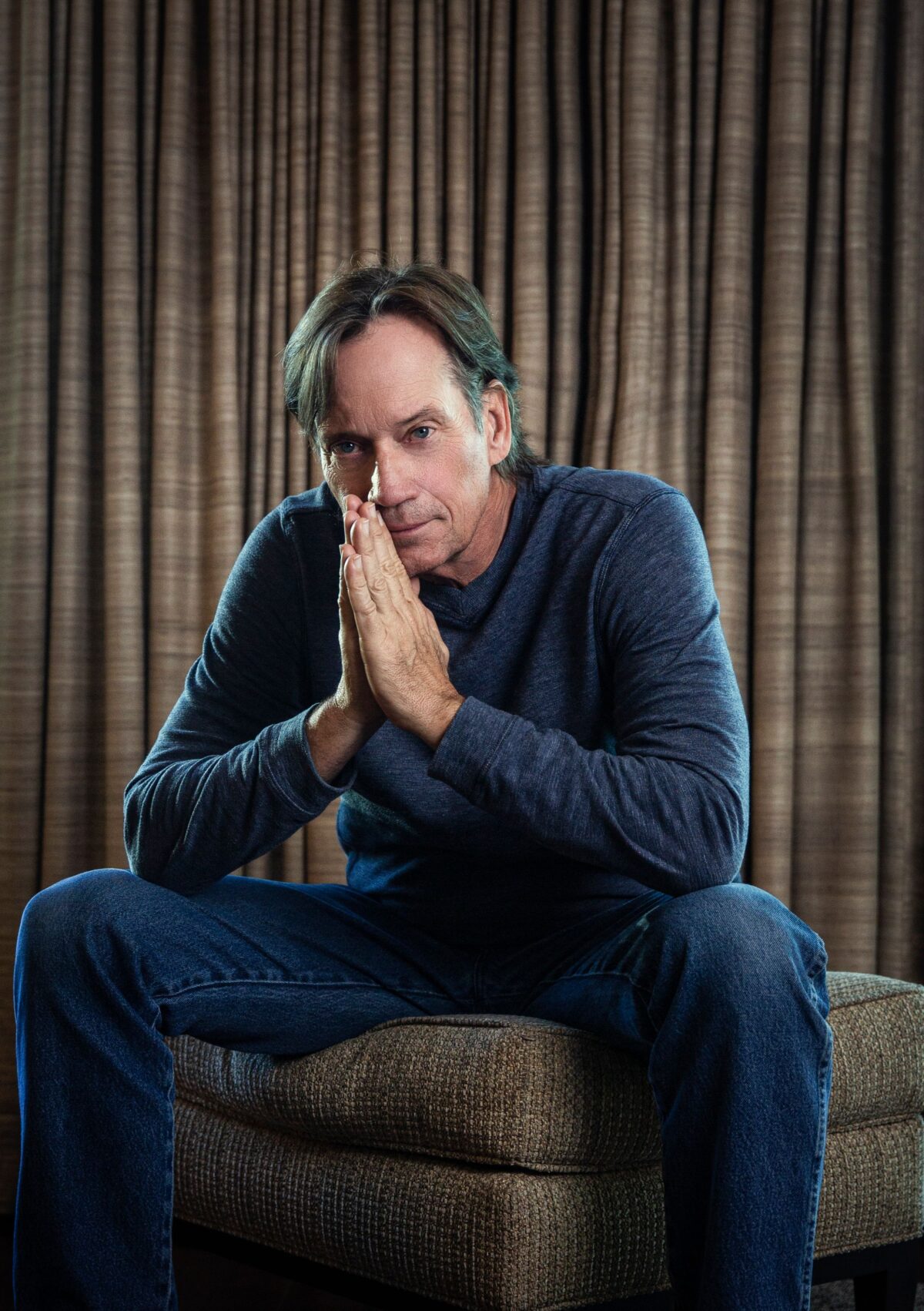 After 5 seasons of playing the strongest man in the world, the actor had a near-death experience that strengthened rather than diminished his faith—guiding a pivotal turn in his prolific career
BY Rachael Doukas and Laura Doukas TIMEFebruary 1, 2022 PRINT

Kevin Sorbo, most recognized for his starring role in the critically acclaimed television series, “Hercules: The Legendary Journey,” is strong in more ways than one. While performing in the show that made him a household name, Sorbo trained in the gym every day for six hours, no matter how far into the night filming took him. Workout after workout, his physique became the embodiment of awesome physical strength. But his inner strength comes from a different place.

Sorbo grew up in Mound, Minnesota, where his mother worked as a nurse, and his father taught junior high. At the time, Mound was a tight-knit community surrounded by bays, lakes, and sledding hills, and most notable as the birthplace of the Tonka Truck. Living in this Midwestern city was a very down-to-earth upbringing that Sorbo deeply appreciated; he credits it for his outstanding work ethic and strong moral character.

Over the years, Sorbo developed a passion for the arts that grew so strong that the residuals he earned from print modeling and commercial gigs would cover his entire college tuition. He was able to persevere in an industry known for rejection by pushing ever restlessly forward, no matter how many times casting directors passed on him for roles. Finally, he landed the role of a lifetime as star of a prime-time television show.

While shooting Season 5 of “Hercules: The Legendary Journey” in 1997, Sorbo discovered his unwavering faith in God.

Fully committed to his role as the strongest man in the world, 38-year-old Sorbo unconventionally performed most of his own stunts. After all, he was a natural athlete skilled in football, basketball, and many other popular sports. Little by little, the actor started to feel a problem arising in his left arm, and what began as a tingle ended as a near death experience.

“I couldn’t figure out what was going on,” Sorbo recalls. “I went to see my chiropractor. I’m laying on the table and a voice starts yelling in my head, ‘Don’t let him crack your neck.’”

The voice persisted, but he ignored it.

The chiropractor proceeded to crack Sorbo’s neck. As a result, an aneurysm was triggered in the actor, resulting in hundreds of blood clots, three strokes, and a recovery period of three years. “I remember being dragged into the ER at Cedar Sinai in Los Angeles,” Sorbo recalls. “And I just looked up at the sky and said to myself, wow, I’m going to die today.”

It would be the last time he would ever question his inner guidance.

Sorbo describes his road to recovery as a “long, long journey” discovering how nearly dying actually saved his life. “I always had faith,” he says. “I never needed faith until this roadblock came into my life.”

Despite the intense hardship this health crisis would bring, he never lost his faith and never blamed God. “I think so often people lose their faith when bad things happen, but it opened up a door for me.” After the incident, a process of self-reflection began, and the trajectory of Sorbo’s life completely changed. He discovered a deep desire to take on projects that were, as he describes, “God First,” or uplifting, meaningful, and inspiring.

At first, finding roles that resonated with his newfound spirit proved difficult; it was becoming increasingly challenging for Sorbo to connect with characters who did not bring a positive message to the screen. He wanted his performances to change the lives of his audiences for the better, not discourage or disturb them. There were some networks and studios producing content in line with this criteria, but not enough content to fulfill his passion. Eventually, Sorbo realized there was only one way to amplify his vision of hope: develop his own projects.

With the help of his beloved and equally talented wife, Sam, Sorbo formed his own production company, Sorbo Family Film Studios. The firm has quickly established itself as a leader in the development of content emphasizing the importance of faith and family. “I want people to wake up and get fighting for the good things in life, instead of all this anger we have out there,” says Sorbo. The power couple is making movies that provide a refutation of the, as they state, “reckless rejection of values that the media generally messages in film, TV, and elsewhere.”

The decision to create uplifting content with an emphasis on forgiveness and redemption is certainly a road less traveled in Hollywood. “I’m a big fan of Robert Frost, and that poem really hits home for me,” says Sorbo. “I feel that Jesus took the road less traveled, and a lot of people now are beginning to take it.”

The audacious end goal, in Sorbo’s own words: “I want to make the road less traveled into a super highway.”

If numbers are any indication of success, Sorbo is well on his way to creating bumper-to-bumper traffic. One of his most successful projects of late, “God’s Not Dead,” impressively surpassed $140 million worldwide with a mere $2 million budget.

It turns out, hope is a pretty lucrative subject.