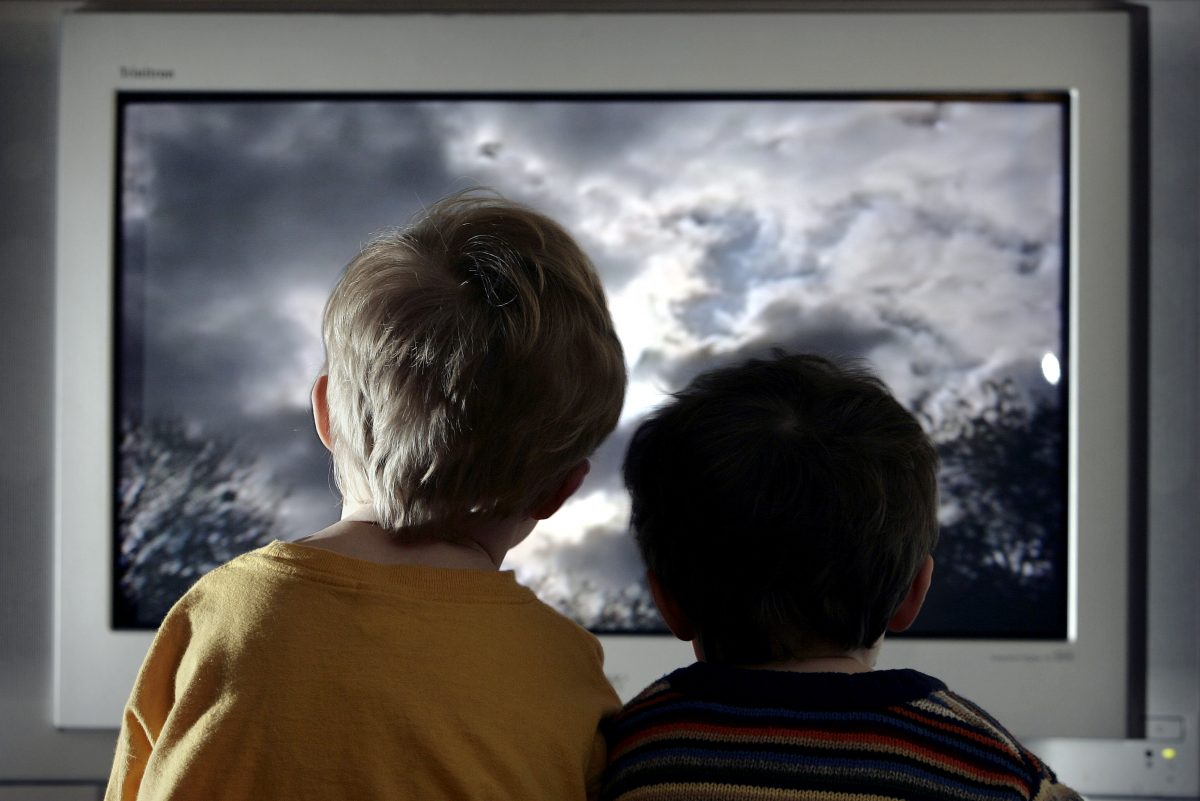 Left Foot In, Children’s TV Is Doing the Wokey Pokey

When a PBS station featured “Lil Miss Hot Mess” reading from the performer’s new book “The Hips on the Drag Queen Go Swish, Swish, Swish” last month, on a program aimed at children ages 3 to 8, the backlash was immediate, with a video of the reading going viral on conservative social media.

Such pushback from the right is becoming more common lately as today’s kid-friendly shows routinely address sex, gender fluidity, race and other complex issues that some parents think their youngsters aren’t ready to absorb. They are part of a broader cultural shift, often called the Great Awokening, that includes the advancement of social justice themes in many television shows and other media aimed at older teens and adults.

And given the wider ferment, many viewers might not have noticed these recent examples of the normalization of wokeness in kiddie TV:

But wait, as the TV voice-over might say, there’s more: Netflix is preparing an animated version of “Antiracist Baby,” a book by Ibram X. Kendi and based on his adult work, which teaches toddlers to confess their racism. Nickelodeon recently announced that its reboot of “Rugrats,” a popular 1990s series, will feature a single lesbian mom. And Barack and Michelle Obama are executive producers on “We the People,” a series of animated music videos debuting July 4 on Netflix that the streaming service describes as “an exuberant call to action for everyone to rethink civics.”

The woking of youth and children’s culture is not confined to television. LEGO recently announced an “Everyone Is Awesome” toy set honoring diversity in time for LGBTQ Pride month in June. The limited-issue “Together With Pride” Kellogg’s breakfast cereal arrives with the help of the LGBTQ advocacy group GLAAD.

The trend regularly appears in elementary school classrooms too. The prestigious Dalton School on New York City’s Upper East Side recently drew outrage from some parents over “age-inappropriate” gender identity instruction to first-graders—and a sex-education video of kids talking about “touching themselves” for pleasure.

Parents and activists who endorse today’s message-laden TV fare say it continues the didactic mission of classic kids shows such as “Sesame Street” and “Mr. Rogers’ Neighborhood” by teaching the eternal values of kindness and empathy in a modern setting.

But other parents and conservative activists aren’t having it. “Modern entertainment in no way reflects Mr. Rogers’ lessons of being a good person,” says Julie Gunlock, the Center for Progress and Innovation director for the conservative-oriented Independent Women’s Forum.

“Children don’t need to be learning about sexuality from either perspective, like same-sex attraction or gender identity,” says Emilie Kao, director of the Richard and Helen DeVos Center for Religion & Civil Society at the Heritage Foundation. “They’re not at an age where sexuality is appropriate for them … or they’re even interested in it.”

More traditional messages such as those on the Christian-oriented “Veggie Tales,” whose TV home is the Trinity Broadcasting Network, fall dramatically behind in children’s programming.

Nor is the commercial picture necessarily bright for woke kiddie TV. According to the entertainment site Pirates & Princesses, Nickelodeon has suffered a major viewership decline in recent years, a period when it began overtly pushing the LGBTQ agenda to its young viewers. Yet it’s doubling down with the revived “Rugrats” and its recast mother Betty. “Even with a show about infants, much of the headlines have been about a retconned, now-lesbian character,” the site’s contributor WDW Pro writes, adding that “it’s hard to see how a children’s show about infants is best served in advertising when the news is all about sexuality.”

Creators on either side of the ideological spectrum aren’t keen on discussing or defending the material in question or its influences. RealClearInvestigations reached out to multiple platforms including Nickelodeon, Netflix, the Sesame Workshop and others to learn more about the creative choices behind the programming. None responded.

Where does children’s TV take its cues lately? While in adult programming, interest groups such as Everytown for Gun Safety have collaborated with Hollywood to influence scripts, no such group is openly working with studios to create arguably controversial children’s programming, experts say. Rather, the woke turn is organic, suggests Kao.

“Clearly, Hollywood is all about promoting the queer and gender theory agenda,” she says.

Some storytellers have opened up to select outlets, but not about the objections some might have to embedding woke messages into entertainment for impressionable children.

“Rocko’s Modern Life” creator Joe Murray told Entertainment Weekly that the decision to have the character Ralph become Rachel in a 2019 Netflix special “felt natural, because it was not only about change, [but] about somebody finding who they are and making that courageous choice to go through that change.”

“My goal with the show was to really tear down and play with the semiotics of gender in cartoons for children because I think that’s a really absurd idea that there would be something radically different about a show for little girls versus a show for little boys,” she said.

Members of The Roots, the house band for “The Tonight Show Starring Jimmy Fallon,” spoke about “Rise Up, Sing Out,” a social justice-themed program aimed at children as young as 2 that they are developing for Disney Junior. “We hope these shorts will encourage the young audience to recognize and celebrate our differences as human beings while learning the tools to navigate real-world issues of racial injustice,” Ahmir “Questlove” Thompson and Tariq “Black Thought” Trotter said in a statement to the Associated Press.

“The impression is, this is how the rest of the world thinks,” says Winter, adding that the messaging his group sees leans primarily to the left.

She says today’s children’s programming does more than insert socially aware themes into shows. It consciously tries to “redefine the family beyond mom, dad, siblings.”

But Susan Markham, a partner with Smash Strategies, an agency dedicated to gender equity and women’s empowerment, argues that television can teach children about complex issues at a younger age because they grasp much more than adults often give them credit for, allowing screenwriters unlock ways to explore issues at appropriate age levels and help them “base their value systems around them.”

Yet message-laden storytelling may not be as effective as its creators hope, says Amy Franzini, an associate professor at Widener University who studies the intersections between children, parents, and the media.

Franzini says much depends on the characters presenting the message, the message itself and how often the themes are repeated. Those factors influence retention level, and a heavy-handed approach can backfire.

“Sometimes implicit messaging can be more successful than explicit, especially for older children,” says Franzini, who adds most children’s media outlets have “advisory boards” to ensure programming is fit for the intended viewers. “[Young audiences] don’t want to be lectured to.”

While it’s true that every image and idea presented to children leaves an impression, some observers fear that the current effort veers into the territory of overt indoctrination, inculcating very young children with a specific, and controversial, ideology. “This whole idea of trying to shape how kids think in a way that someone has decided is good for them is dangerous,” says Sam Goldstein, co-author of “Tenacity in Children.”

“We don’t really understand the influence it’s having,” adds Goldstein, a faculty member at the University of Utah School of Medicine.

Meg Akabas, a council member and past chair of the National Parenting Education Network, says some children are mature enough to tackle challenging material in their entertainment. Others aren’t, though, making it a parent’s duty to determine the right age to process select themes.

Child reactions can range from curiosity to discomfort, while some will miss the messages entirely, Akabas says. That’s where an engaged parent enters the picture.

“Let children know they can ask questions, and that you will keep them safe,” she recommends. “Then answer in the simplest terms possible and see if they have any follow-up questions. They’ll let you know what they want to know.”

Stacey Garska Rodriguez, a Houston mother of three who runs The Soccer Mom Blog, says racial equity content is always welcome in her home. She considers it a “human rights issue,” not a political statement. She’s also hands-on when it comes to the shows her children watch.

“If there is a slant to the programming I don’t agree with, I discuss with my kids why we are not going to watch it. And then we find programing that we feel is appropriate for our family,” Garska Rodriguez says. “There are a lot of influences competing for our attention and our children’s attention, so it’s our job as parents to sort through the noise.”

Toward that end, Gunlock recommends parents visit Common Sense Media, a comprehensive website detailing the amount of violence, sexuality and profanity in a given show or film.

Gunlock also recommends parents either “actively check in” with what their children are watching or just steer clear of modern kid’s programming entirely to ensure young ones don’t get politically charged messaging.

Kao says conservatives should always be involved in every area of society, including making creative content. But that doesn’t mean she advocates a GOP-slanted animated series.

“I don’t think children’s programming really needs to be politicized any further. Just let kids be kids,” she says. 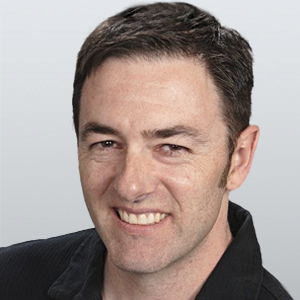 Christian Toto
Christian Toto is a contributor to RealClearInvestigations. He is the editor of the website Hollywood in Toto, the Right Take on Entertainment. Toto is also an award-winning movie critic and contributor to The Daily Wire, Just the News, and New York Post.