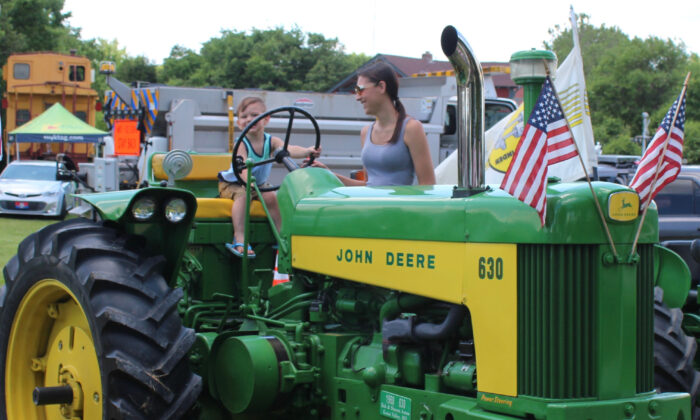 Learn About People Who Changed the World at Halls of Fame

A mother watching her young daughter play with paper dolls surmises that the little girl would have more fun dressing three-dimensional figures. A young locomotive engineer drives a trainload of burning dynamite away from a town, saving the lives of hundreds of people. A black scientist and inventor born in the 19th century discovers some 300 uses for peanuts.

None of these people would qualify for membership in the baseball, football, or other well-known halls of fame located around the United States. Those honor outstanding accomplishments in athletics and other activities. But other kinds of heroes also are recognized for achievements in a variety of pursuits that have impacted people around the country and, in some cases, the world.

Halls of fame devoted to often-overlooked, sometimes surprising activities and the men and women who have made achievements in those fields can provide an inviting alternative to better-known attractions around the country. Some might be located not far from where you live.

In 1959, Ruth Handler, the imaginative mother of a paper-doll-loving daughter, created a grown-up three-dimensional version with a spectacular wardrobe. Within a year, the Barbie doll became the best-selling fashion doll of all time, Handler co-founded the Mattel toy company, and she was inducted into the National Toy Hall of Fame, part of the Strong Memorial Hospital complex in Rochester, New York. It is home to the largest collection of dolls, toys, games, and other play-related items in the world.

The heroic deed of Jesus Garcia is described at the National Mining Hall of Fame in Leadville, Colorado. He lost his life in 1907 when he chose to remain in the engine and drive his ore train away from a town in Mexico to save the residents from the explosion of flaming dynamite.

Eli Whitney and Abraham Lincoln are among honorees at the National Agricultural Center and Hall of Fame in Bonner Springs, Kansas. So is George Washington Carver, the prominent black scientist who promoted growing peanuts and other non-cotton crops by poor farmers for food and to prevent soil depletion. The 150-acre campus also houses the Museum of Farming, a furnished 1890s home, and a Farm Town of buildings that depict pioneer life.

A different aspect of rural America is on display at the Buckaroo Hall of Fame in Winnemucca, Nevada. The first lesson visitors learn is the meaning of “buckaroo,” which refers to cowboys who rounded up cattle in Nevada from the late-19th to mid-20th centuries. In addition to honoring buckaroo legends, the establishment serves as a museum of Western culture with displays of working gear, paintings, and other paraphernalia.

Quilts are works of art just as paintings are, as the Quilters Hall of Fame attests. It’s located in the restored Marion, Indiana, home of Marie Webster, who was a renowned quilting designer in the early 1900s. The house doubles as a museum, offering exhibits of quilts throughout the year.

Other creations and interests also get their due at halls of fame. Those recognized at the Paper Hall of Fame in Appleton, Wisconsin, range from some who made their mark almost 2,000 years ago to “present-day paper heroes.” The associated Paper Discovery Center offers handmade paper programs.

Ringing bells and flashing lights at the Pinball Hall of Fame in Las Vegas compete with those at nearby casinos. Its collection of about 600 machines includes rare specimens from the 1920s and 1930s, most of which people are allowed to play. Unlike at the gambling houses in the “city of entertainment,” all money over expenses earned from pinball goes to charity.

More complex creations reside at the Robot Hall of Fame. Part of the Carnegie Science Center in Pittsburgh, Pennsylvania, it pays homage to both real and fictional mechanical life. Among the former are a robotics tool set and a Mars Rover robot. Fictional characters span the gap from Maria, who appeared in a silent German film, and C-3PO, the golden sidekick to the popular R2-D2 in the “Star Wars” films. He bears a resemblance to the actor Anthony Daniels, who played him.

The Roller Derby Hall of Fame is relocating from Brooklyn, New York, to Palm Springs, California. While the facility is closed to the general public as it seeks a new home, curator Gary Powers offers private tours. Along with honoring legends of the sport, the museum has displays of jerseys, programs, and other memorabilia.

From tooling around a track, we now honor those who tow your car when it breaks down. A Chattanooga, Tennessee-based organization urges, “Don’t just call the first guy you find in the Yellow Pages. Get a hall of famer.”

Yes, there’s even an International Towing and Recovery Hall of Fame, which enshrines important contributors to that industry. They include Ernest Holmes Sr., who invented the first tow truck by equipping his 1913 Cadillac, and towers who have worked with police to promote “Slow Down Move Over” laws that protect people on the sides of roads. One member uses his towing vehicle to organize and operate a Toys for Tots campaign each year. Now that’s towing for a good cause.