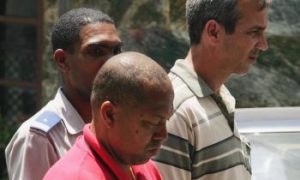 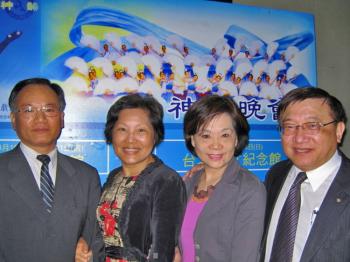 Among them was Mr. Chen, a lawyer who had come to the show out of curiosity along with his wife and a friend. He had received an email recommending the New York-based Shen Yun performance.

“I was very excited because the show was just too wonderful. The combination of the music played on Chinese and Western musical instruments was impeccable. The live music played by the orchestra was really great.

“There are various musical instruments, including the erhu, drums, gongs, flutes. … It’s really great,” he said.

With the unique digital backdrops synchronized with the dancers and the many musical instruments that drew his attention, Mr. Chen said that he had difficulty taking in everything at the same time. “It was indeed so exquisite that I had to take turns watching them,” he said.

“The dances and the colors on the stage were really high-level. It is amazing that modern technology was perfectly synchronized with the performances of the dancers on the stage.”

‘The Power of Justice’

Speaking of the meaning of the story-based dances, he said, “The performance was full of stories illustrating profound meanings. It’s indeed very good.”

Mr. Chen said that he marveled at the power of faith and the exquisite performance that could have the effect of purifying people’s hearts.

He praised Shen Yen’s efforts in promoting authentic Chinese culture through its programs: “In addition to the essence of the Chinese culture, [the performance] also displayed the spirit of truthfulness, compassion, and tolerance, with the emphasis on justice.”

As a lawyer, Mr. Chen has to be at the front line of upholding justice every day. He admired Shen Yun for its efforts in inspiring people’s compassion and courage, as well as urging people to wake up from delusion.

“[We] are relying on the power of justice, as justice will eventually overpower the evil,” he said.