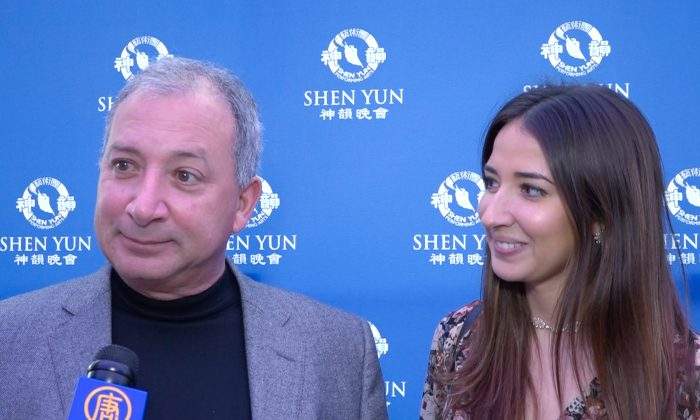 Michael Cash and Mackenzie Cash enjoyed a performance by Shen Yun Performing Arts at the Smart Financial Centre, Sugar Land, Texas, on Jan. 7, 2018. Mackenzie Cash said she was engaged throughout the performance because "It was different every minute." (NTD Television)

“We loved it! It was moving. It was colorful … they were amazing … all the moves and all the athletics were incredible.”

“I just thought that it was such as a nice combination because there was such a strength to both! It’s not like the males were more physical than the females; the female dancers were incredibly physical. Then the musicians were amazing. I don’t remember the name of the instrument [erhu]—but the two-string—all of the emotions that she could bring out of something with two strings and a bow—Amazing!”

“I don’t know much about all of the history of the Chinese culture and especially what’s happened since communism. So to see the spirituality through the ages as brought out in this performance was educational and it was moving.”