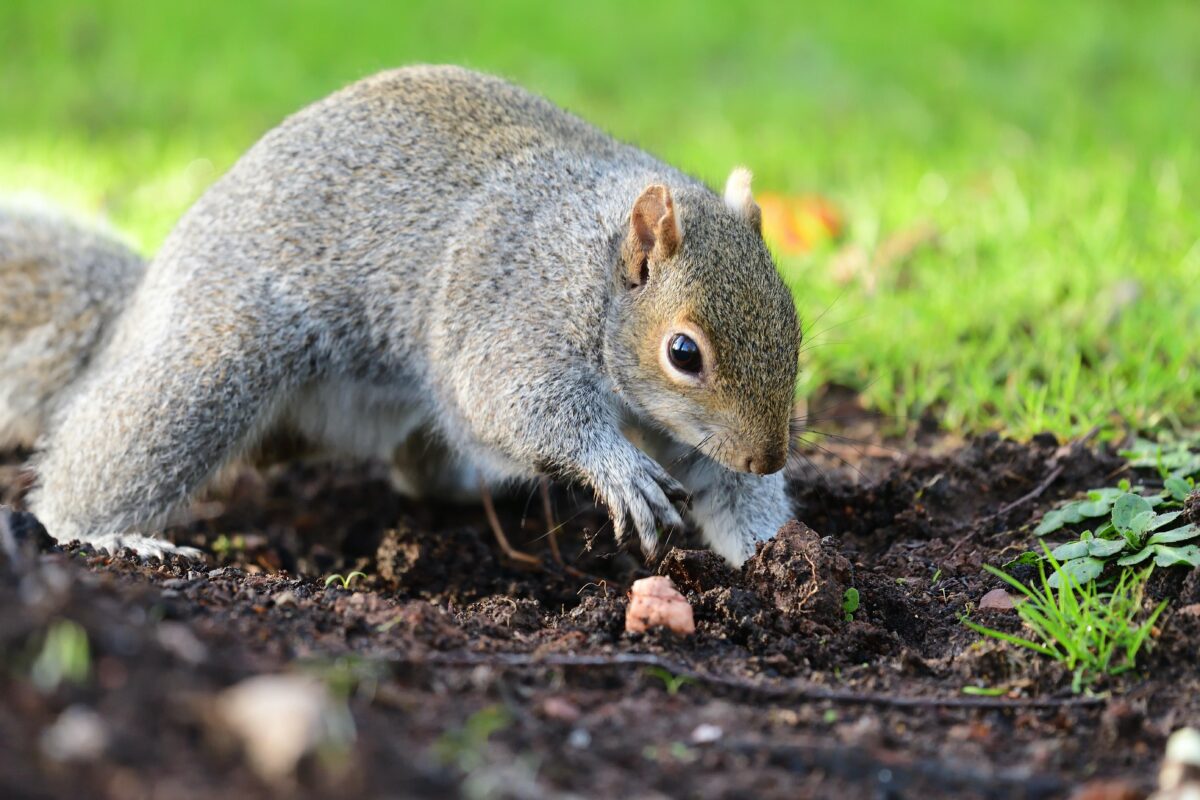 Dealing With Lawn Pests and Fungus

Question: Lately, I’m finding small clumps of lawn grass—roots and all—dug out and laying there. The clumps are only an inch or two across. At first, I thought it was a mole or gopher, but I don’t see any tunnel beyond the removed clump. I read that moles prefer areas that have a grub problem, and I did fight grubs last month, but the lifted little clumps are in healthy lawn areas as well.

Answer: Birds and mammals will often dig around in grass as they look for insects. They may dig up some clumps of weakly growing grass, but usually, they just move the grass around and dig in the dirt.

If you had grubs and possibly still have grubs, then it is possible that armadillos, opossums, skunks, or raccoons are searching for the grubs, but they all tend to be a bit less tidy, and they usually dig large patches of grass rather than small ones. Occasionally, deer, dogs, and other large animals paw at the ground and loosen tufts of grass, but usually, this kind of damage is more extensive in one spot and not scattered around the lawn.

The most likely choice at this time of year is squirrels. They bury nuts in lawns and flower beds by digging small holes. They don’t dig very deep, and they don’t dig very wide. They don’t leave a nut in every hole they dig, so you might not find anything if you check the hole. Sometimes, other squirrels remove the nut and rebury it in a new place. Squirrels are squirrelly, and they sometimes seem to just dig for the fun of digging.

Question: I walked across the lawn on the way to a bike path, and I noticed a dark-brown, powdery substance that covered my shoes. I looked it up and I am assuming this is a rust fungus. I was just wondering if this could be dangerous to the health of humans and animals in any way. How can I stop this from continuing, and could this be dangerous to our lawn if it’s not treated?

Answer: I have never heard of any health problems arising from lawn fungal spores. If someone was allergic to mold, then I suppose there could be a problem, since this is a type of mold. We are all exposed to fungal spores floating in the air all the time, but as you have seen, the lawn rust fungus can be very prolific.

This disease mostly affects ryegrass but does also grow on some bluegrasses and on zoysia grass. Warm weather with heavy dew in the morning (or overnight irrigation water) allows it to spread rapidly. Interestingly, lawns most susceptible are usually not watered enough, are mowed too low, and need fertilization. It is usually a summer problem, not a fall problem. Lawns affected by rust are more likely to be damaged by winter weather. Fixing the problem in the summer will help the lawn later, but at this time of year you can still begin doing some watering and you can fertilize after the first frost.

Sometimes, only shady areas are affected. Lawns sodded in the front and seeded in the back may only be affected in the back. Sod is usually a blend of grasses that doesn’t include ryegrass. Seed mixes are often a mix of bluegrass, ryegrass, and fescue. The ryegrass is what turns up orange with rust first.

The nice thing about this rust disease is that it is a slow-growing fungus. If the lawn is fertilized and watered, the grass can outgrow the disease. Before the fungus can mature enough to release spores, the grass leaf blade grows long enough to have the infected portion mowed off. Remove the clippings for a few mowings to slow the return of the disease. In severe cases, a fungicide can be sprayed weekly until it’s gone.