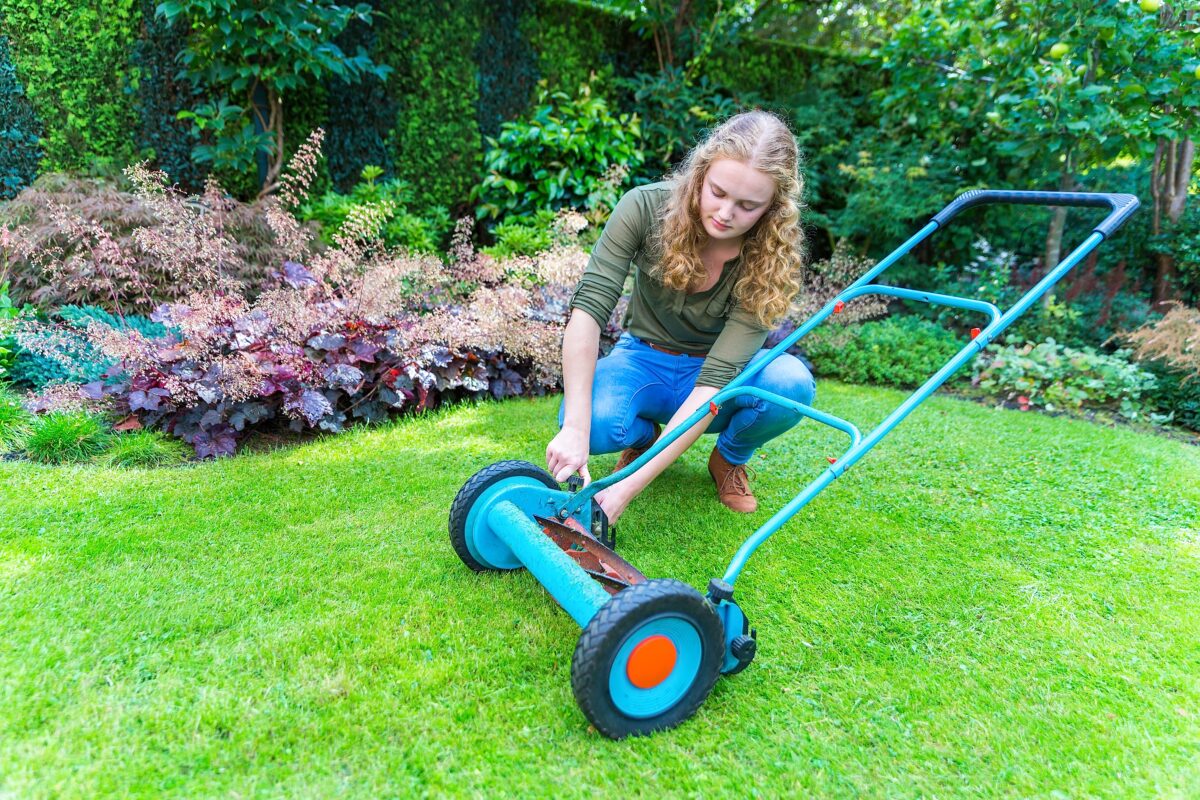 It is not just gasoline and electric mowers that have improved—there have been developments in reel mowers as well. (Ben Schonewille/Shutterstock)
Home

Q: Our lawnmower quit. We got just two mowings out of it this spring. The cost to repair it will be more than it is worth. I was thinking we should get an old-fashioned mower that doesn’t require gasoline, but my husband thinks they’re heavy and they don’t cut very well. Have there been any improvements in lawnmowers besides the gasoline ones? I am hoping for a mower that’s quieter and pollutes less.

A: I remember using the old heavy manual reel mowers that your husband is thinking about. They were horrible to use, but they eventually did the job. There have been several improvements in all kinds of lawnmowers. Some of the newer gas engine ones are not nearly as polluting or noisy as the older models. Many still use a mix of gas and oil, so they still pollute, but some have an oil reservoir like a car and pollute less.

There have been big improvements in reel mowers as well. This old technology doesn’t use gas, oil, or electricity to spin the blades to clip the grass as it passes by the stationary blade.

They can cut grass very well, as evidenced by their use on virtually every golf green, professional baseball diamond, and football field. They’re best used in short grass that grows with a vertical posture.

Southern grasses or lawns that are repeatedly crewcut will look great when cut with a reel mower. Taller, floppy grasses like Kentucky bluegrass, fescues, and ryegrass will work if cut short, but if they are allowed to grow too long, they will often bend out of the path of the blade and not get cut. This leads to the reel mower jig, where the person behind the mower must dance back and forth in several directions to get the tall grass cut.

The best reel mower I’ve ever used was a Fiskars Momentum. They have other models now. These guys know how to make things sharp and make them stay sharp. The blades didn’t touch and yet they cut the grass without tearing it. By not touching, this mower was virtually silent, whereas the old reel mowers clicked and clacked their noisy way around the lawn. The adjustable handle height allows the mower to be used by kids.

The mower blade could be adjusted from 1 to 4 inches, which is higher than old reel mowers. The wheels were set inside the width of the blades, allowing for close-edge cutting and no grass left uncut by being pushed down by the wheels. Grass is tossed in front of the mower where it gets cut again; it doesn’t get tossed onto the user’s feet. If you cut your grass short or it’s Bermuda, St. Augustine, or other vertical growing grasses, I highly recommend the Fiskars reel mowers.

If your grass grows longer or it’s one of the northern grasses, you may like another mower I have used and really liked. The 40-volt battery-operated Worx Eco is almost as quiet as the Fiskars reel mower. You can hold a conversation while using it in the quiet mode. It sounds like a fan while it is running. The turbo mode is stronger for tall grass, but it’s slightly louder.

All four wheels can be adjusted at the same time with a single lever. My one complaint is that it doesn’t have markings as to how high each setting is. It uses two lithium-ion battery packs.

Grass can be mulched, sent out the back, or bagged. It does a reasonable job on leaves in the fall, but they don’t mulch as much as with a gas-powered mower.

A final alternative, if you have a small lawn, is an electric mower. I am currently using a Task Force electric mower. It seems to be a bit underpowered, but it’s very quiet. You do have to have access to outdoor outlets, and there’s a long extension cord to work around. The extension cord problem is kind of like working around the cord of a vacuum cleaner, so you get used to it.