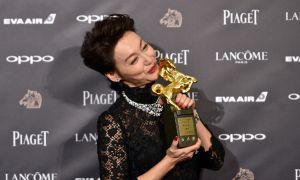 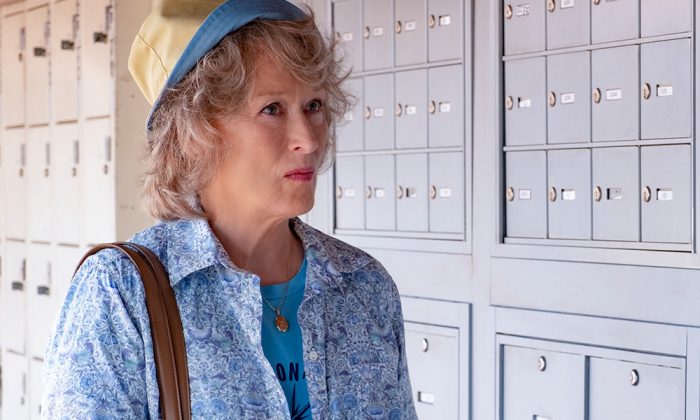 Meryl Streep in "The Laundromat." (Courtesy of TIFF)
Film Reviews

TORONTO—“The Laundromat,” one of the more star-studded films in the Toronto International Film Festival this year, interweaves narratives on complex offshore tax schemes with vignettes depicting the human cost to the victims of those benefiting from the schemes, among them heads of Mexican drug cartels and Chinese politicians involved in human rights atrocities and organ harvesting.

Directed by Steven Soderbergh, the comedy-drama stars Meryl Streep as the fictional character Ellen Martin who loses her husband in a boat accident and sets out to trace the shadowy world of tax havens and shell companies after being effectively robbed of her insurance payment. The film is narrated by Gary Oldman and Antonio Banderas, who play the real-world founders of Mossack Fonseca, the Panama City-based law firm at the centre of the Panama Papers leak of 2015.

The audience can be forgiven for not fully grasping the intricacies of how the tax aversion and money laundering schemes covered in the film play out—after all they were designed to evade scrutiny through layers upon layers of shell companies. But where the film may be lacking in easy-to-digest explainers, it compensates with good character acting, delving into a series of stories inspired by some of the cases exposed in the historic 11.5-million document leak.

“We thought this topic was very important. It affects everybody, and a lot of people don’t realize that it’s trillions of dollars flowing through this underground offshore system,” Jake Bernstein, whose book “Secrecy World” is the basis for the movie, said at a TIFF red carpet event on Sept. 9.

“It’s important that people understand it and make the connection, and I think this movie really allows us to do it, and it’s super entertaining while that happens.”

The first story, which sets the underlying narrative for the film and the main character, Martin, is based on a 2005 tragedy that hit close to home for Americans: the sinking of a boat in Lake George in upstate New York that took the lives of many of the elderly passengers. Survivors of the victims were in for a nasty surprise when they learned the company that owned the boat had been sold a fake insurance policy by con artists.

The policy was underwritten by a shell company owned by a group of people, among them a Caribbean-based accountant named Malchus Irvin Boncamper, played by Jeffrey Wright. Boncamper had been named as an executive at a number of companies created by Mossack Fonseca. He pleaded guilty to money-laundering charges in 2011 and was sentenced to time in prison.

Another story is that of a multi-billionaire who uses offshore trust funds to move his assets in the name of protecting his children’s financial future. The film depicts him as a wealthy African, Charles (played by Nonso Anozie), living in the United States who tries to buy his daughter’s silence about his infidelity with shares in an offshore company supposedly worth $20 million. Charles used the same technique to ward off his wife’s ire after she eventually finds out about his affair. When the mother and daughter go to Mossack Fonseca to cash in on their shares, they learn that Charles had moved the assets from the companies a few days before.

Sporting a German accent, Oldman’s character Jurgen Mossack narrates the opening to the next vignette, blaming human greed on what drives some people to make “mistakes” that define their fate—such as in the case of British businessman Neil Heywood, dubbed Maywood in the movie. Played by Matthias Schoenaerts, Maywood thinks he has the upper hand but is no match for the ever-scheming politicians of the Chinese Communist Party (CCP).

In real life, Heywood was used by high-ranking CCP official Bo Xilai and his wife Gu Kailai to obscure their overseas assets through the use of shell companies, but was killed by Gu out of fear he might betray them.

In the film, Gu tells Maywood the story of the persecution of the spiritual group Falun Gong in China, and how then-Chongqing police chief Wang Lijun oversaw the forceful harvesting of organs from adherents of the practice, selling them to paying patients for tens of thousands of dollars.

As reported by The Epoch Times, both Bo, the former Communist Party Secretary of Chongqing, and Gu were heavily involved in the state-sanctioned harvesting of organs from Falun Gong prisoners of conscience—with the organs removed while the victims are still breathing so they remain fresh. Bo was part of a faction loyal to former CCP leader Jiang Zemin, who initiated the persecution campaign against Falun Gong in 1999. According to some accounts, senior members of the faction, including Bo, have been targeted by current leader Xi Jinping for reportedly attempting a coup to oust him from power.

In the film, visibly shaken by Gu’s story about forced organ harvesting—which is depicted during Gu’s narration—Maywood asks Gu for water. After refusing Gu’s demand to divorce his wife to prove his loyalty to her and Bo, Gu hands him the water, which is contaminated with rat poison, killing him.

Bernstein said the sequence on China is “directly connected to the Panama Papers,” adding that the part about the organ harvesting “is pretty accurate.”

Commenting at the red carpet event, Banderas said in Spanish that the film explores the “complexities of the human mind,” adding that what he finds shocking is that many of the things shown occur legally.

“In the Panama Papers, there were [revelations] about criminal organizations which were effectively trafficking firearms, drugs—huge crimes,” he said. “This is very complicated.”

“The Laundromat,” which also stars Sharon Stone and James Cromwell, will have its theatrical release on Sept. 27 and will be available on Netflix on Oct. 18.

With reporting by Arek Rusek and Hai Ying Liu.