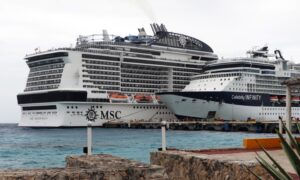 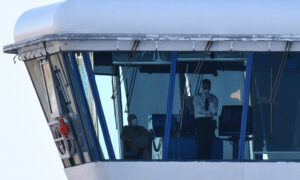 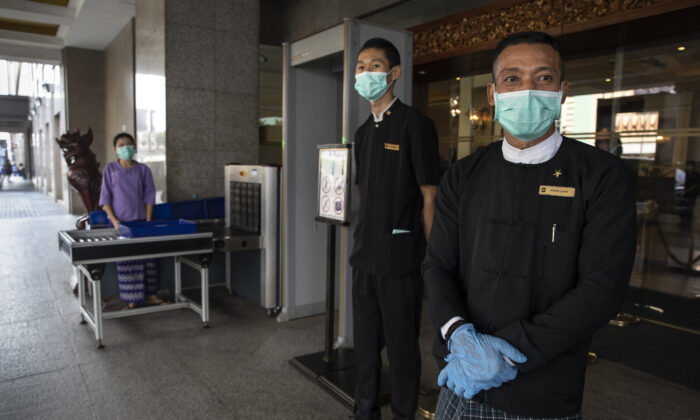 Burma rejected a cruise ship from docking on Tuesday over fears passengers could be infected with the new coronavirus, the latest ship to be rejected over concerns about the illness.

The Silver Spirit, a luxury liner operated by Monaco-based Silversea Cruises, last docked at the Thai island of Phuket and was scheduled to stop at Thilawa, outside Burma’s commercial capital of Yangon on Wednesday.

“We have informed the … port authorities that the entry of this ship should not be allowed,” Khin Maung Soe, deputy permanent secretary of the Ministry of Hotels and Tourism, said by telephone.

He said he did not know whether any of the passengers were showing symptoms of the virus but that it didn’t matter if none were.

“Even if passengers haven’t shown the symptoms so far, they might when they arrive in Myanmar [also known as Burma] and it will be difficult for the country to control,” he said.

“If things get worse, our people might get affected.”

A statement by the Ministry of Health and Sports published on Facebook said the ship should not be allowed to enter because it had docked in countries with a high number of cases of the virus, including Thailand which has 43.

The boat has more than 400 passengers on board, a ministry spokesman said. It was not immediately clear where the ship would go next.

Burma borders China, where the virus emerged late last year, but has no confirmed cases as of yet.

Japan allowed the Diamond Princess, operated by Princess Cruises and owned by Carnival Corp., to dock in January but placed it under quarantine due to a passenger who disembarked in Hong Kong testing positive for the new virus.

Seven hundred and six passengers ultimately tested positive for the virus, prompting criticism of Japanese authorities for the way the quarantine was imposed. A modeling estimate accepted by the Journal of Travel Medicine found that without any interventions, the number of cases would have reached nearly 3,000 out of the 3,700 people on board. On the other hand, an “early evacuation” of all passengers would have led to only 76 people being infected, the researchers said.

The situation reached another phase when countries around the world chartered flights to evacuate their nationals on board to quarantine them in their home nations.

Japan later rejected the Westerdam, another Carnival Corp. ship, over fears passengers were infected. Taiwan, the Philippines, Thailand, and Guam also blocked the ship from docking.

Cambodia ultimately let the Westerdam dock. An American woman who disembarked and flew to Malaysia tested positive for the virus, triggering widespread testing of the passengers still in Cambodia. All tested negative.

Amid other rejections in recent weeks, the Dominican Republic turned away a vessel saying the captain of the ship, the Braemar, reported that eight passengers were showing symptoms consistent with COVID-19, the disease the new virus causes. The ship is owned by Fred. Olsen Cruise Lines, a United Kingdom-based company. The company said on Sunday that two airlines were chartered to take passengers back to Britain and St. Maarten let the passengers disembark there for pickup.

Other passengers boarded the vessel on the Caribbean island, which is owned by the Netherlands.

Jamaica and Grand Cayman authorities blocked another ship, the MSC Meraviglia, operated by MSC Cruises, from docking, but Mexico allowed the ship to dock. Passengers were allowed to disembark after a test showed a sick patient had the flu, not the new virus. The ship returned to Miami over the weekend.