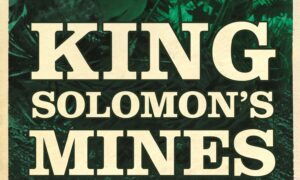 Can Facebook Users Create The Largest Artwork in the World?

From China to the USA, from up North to the most remote places down South, Russia to Argentina, everywhere on Earth where people are using Facebook to communicate, anyone, regardless of religion, color, and political views, can join in one great effort, to create The Largest Artwork in the World.

This is the dream of Icelandic artist Ingvar Bjorn Thorsteinsson, who aims to crush a previous Guinness World Record, “The most artists working on a single art installation”, established in April 2012, when 201,948 artists joined together in a project for Face Britain. Now Ingvar Bjorn is calling out to all Facebook users, everywhere, to join to create something larger than life and make history together.

“I believe art has no boundaries and makes no distinction, therefore we can create this artwork through social media without being concerned about border, by disputes, political or cultural differences. By inviting people all over the world to contribute and leave their mark, themselves can become artists and hopefully a world record holders,” says Ingvar.

The first brush stroke on the virtual canvas was done by Olafur Ragnar Grimsson, President of Iceland, on February 7, 2013, followed by Iceland’s First Lady, Dorrit Moussaieff. As we publish this report, there are only 1,397 on the Facebook page for The Largest Artwork in the World – still a long way to go to beat the number of artists who established the Guinness World Record of 2012. And the clock is ticking: the online art performance project finishes at 14:00 GMT on April 14, 2013. That’s 66 days, a day for each year UNICEF has been operating. Regardless the outcome, when the Facebook project ends, the virtual artwork will be brought to real life, on a real large canvas, in green, yellow, purple, blue, red and white, to be auctioned in support of UNICEF.

There are no conditions to participate: any user, anywhere, can join in. Each participating user has his/her own icon on the virtual canvas, determined by the number of the user’s friends. The user also gets a colored shaped brush stroke directed to the next user that will participate. For example, if user X is in New York and user Y who participated before was in London, the brush stroke from Y will head in the direction to X in NY. Every user and every brush stroke matters. It is not known how the artwork will look like at the end, but it will be monumental.

This humanitarian effort is sponsored by Icelandic air company WOW air, whose founder and CEO Skuli Mogensen hopes that this will help making the artist’s dream become a reality.

“It has been a privilege to witness the birth of the largest artwork in the world and to see Ingvar passion and drive to make his dream a reality. We at WOW air are proud to be a part of this great life art adventure,” he said.

Facebook is the world’s largest social network, but, at the beginning of March, almost one month after the first stroke, The Largest Artwork in the World still struggles for attention. This begs the question: will Ingvar Bjorn live this dream on April 14? I joined in. Will you?